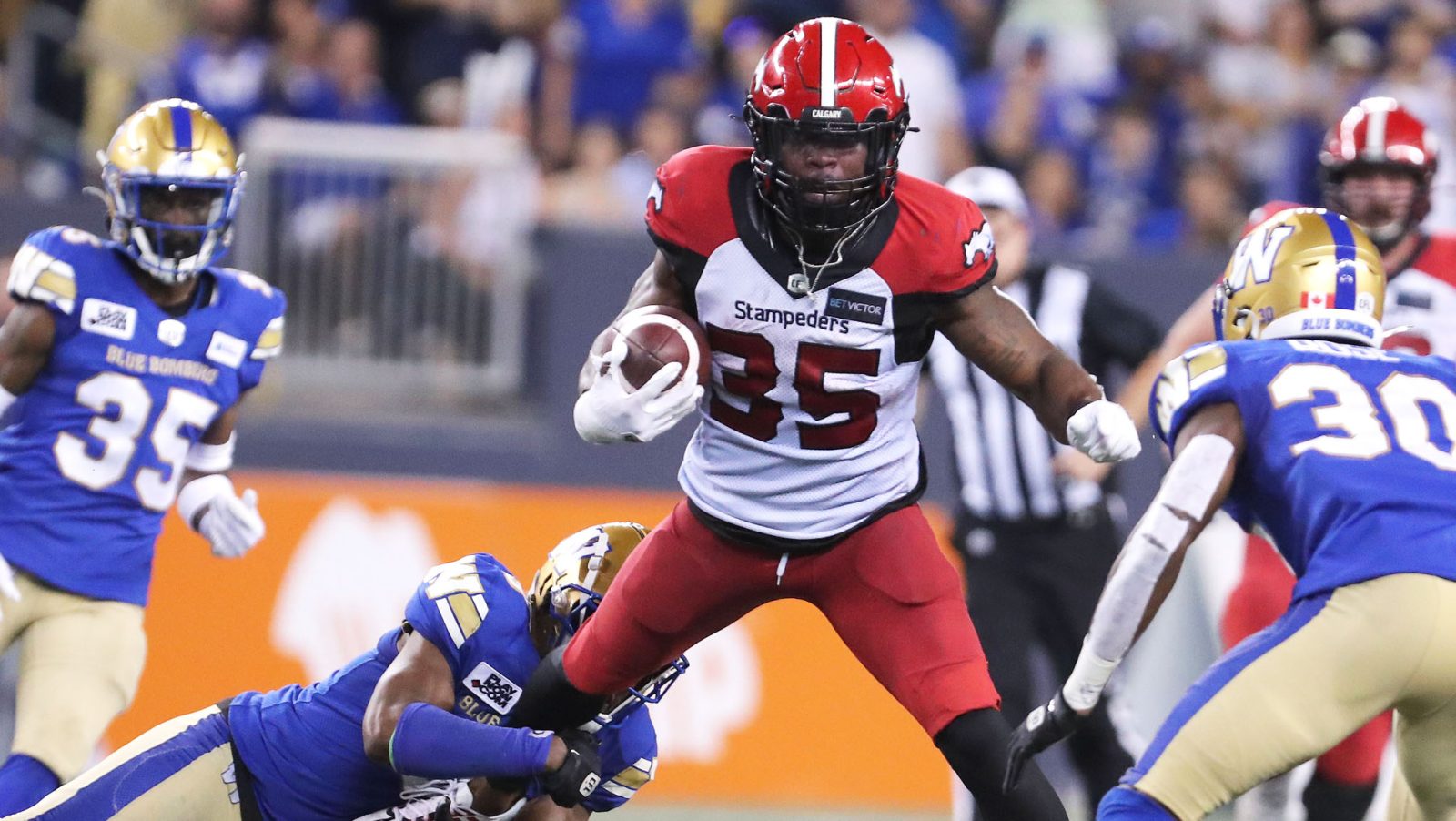 TORONTO — The Toronto Argonauts and Calgary Stampeders have field their final injury reports ahead of their game on Saturday at McMahon Stadium.

The Argos were without defensive back Jamal Peters (head), defensive lineman Damontre Moore (quad), long snapper Jake Reinhart (elbow) and defensive back Eric Sutton (hip) their final day of practice. Sutton and Moore have been ruled out, Reinhart is doubtful and Peters is listed as questionable.

Offensive lineman Shane Richards (quad) was a full participant for a second day and has no designation ahead of Saturday. Defensive back Shaq Richardson (groin) has been listed as questionable while Eric Rogers (quad) have been ruled out.

Receiver Cam Phillips (adductor) and defensive lineman Benoit Marion (ankle) have both practised in full this week and are each due to come off of the six-game injured list.

In Calgary, running back Ka’Deem Carey (illness) practiced fully for a second day, while defensive lineman Mike Rose (illness) returned to practice fully, neither have a designation ahead of Week 17’s matchup.