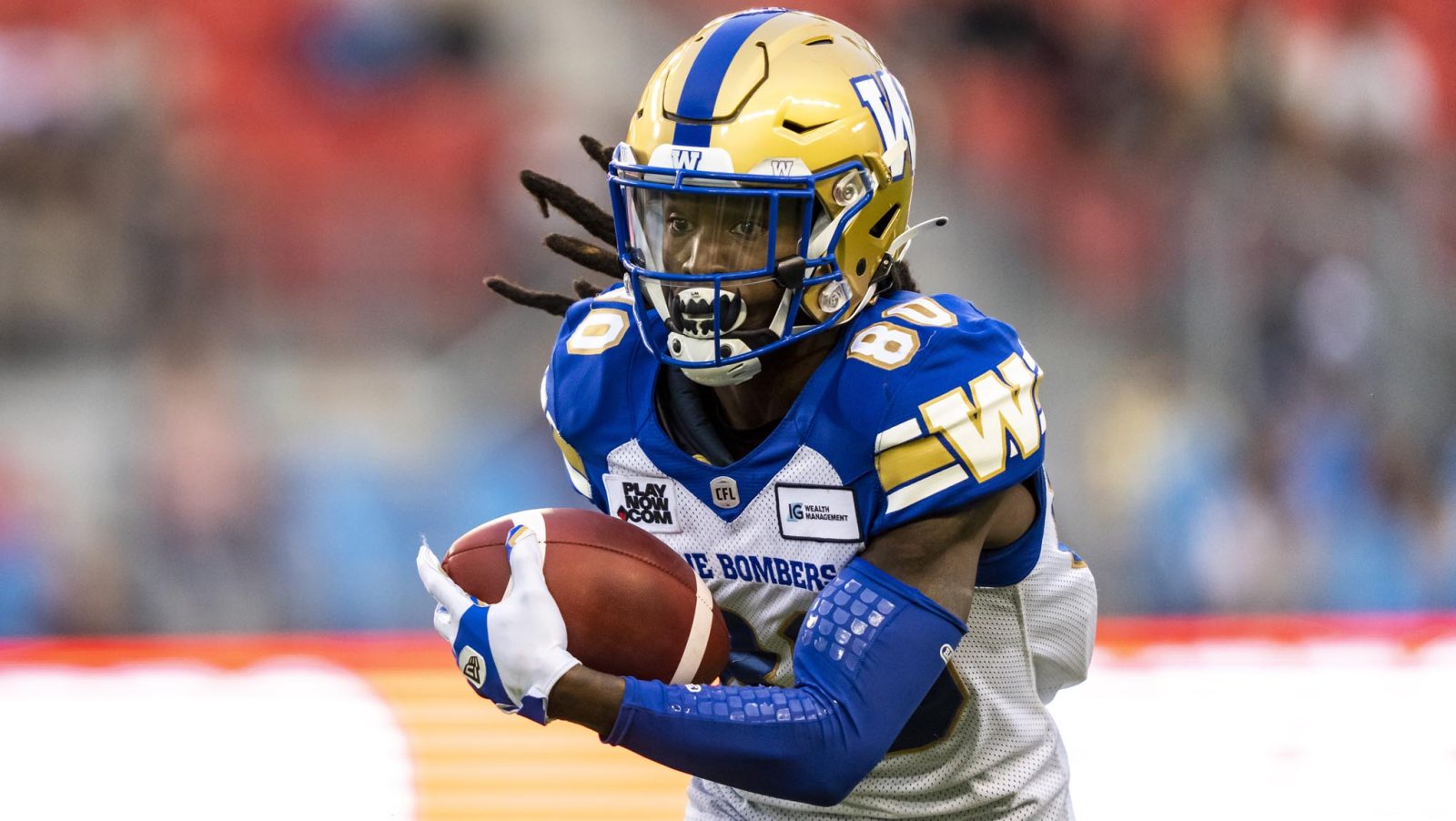 TORONTO — After a pair of three-game weeks that proved to be quite eventful, we’re back to the usual four-game offering for Week 17. The entertainment value should only pick up from here.

While we’ve got four of the six playoff teams determined, there’s a lot of jostling to happen as they battle for home playoff games and the other five teams in the league battle it out for those two remaining spots.

That can impact how you pick games between now and the end of the regular season. In Edmonton this week, for example, you have an Alouettes team that seems to be establishing itself, going into a venue in Commonwealth Stadium that hasn’t held much homefield advantage for the Elks. But with the Elks making gains on the field in recent weeks and being in need of a win to keep their playoff hopes alive, can you really be sure of what you’ll see on Saturday afternoon?

You could make a similar argument for the ailing Saskatchewan Roughriders. Despite their struggles of late, they have playoff ambitions and know that the season ends at Mosaic Stadium on Nov. 20. Wins are a must for them right now. That they’ve got a date this week with the Winnipeg Blue Bombers makes the challenge a great one, but they’ll have to rise to it.

Desperation breeds unpredictability at this time of year. What will we see this week? Let’s see what the pundits think. 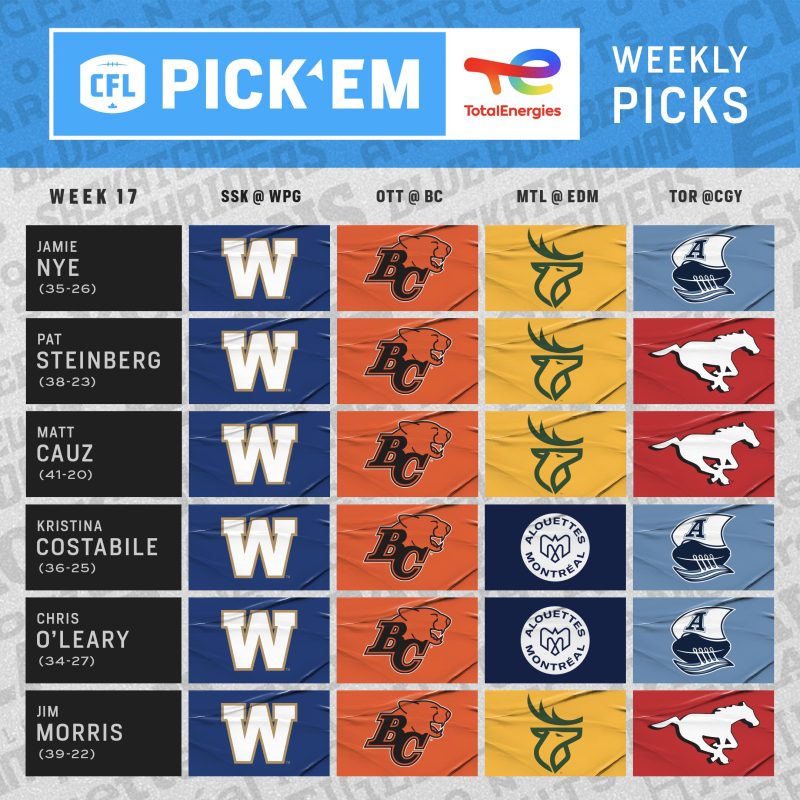 Both teams come into this rested, but with the Riders sliding — they’re 2-7 since starting 4-1 — and the Bombers being the Bombers, the picks skew heavily toward the Blue and Gold. The Riders appear to be getting some injured bodies back in the lineup this week. They’ll need them, as they face an opponent that’s had their number at the best of times over the last three seasons.

The Lions haven’t been themselves since Nathan Rourke went down and that’s understandable. It may take some time for Vernon Adams Jr. to feel fully comfortable in a new offence with new teammates, even if time is at a premium at this point in the season. With the 3-10 REDBLACKS coming into town fresh off of a turnover-riddled 30-point loss to the Argos, this could either be exactly what Adams and the Lions need, or it could be the biggest trap game of their season. Those doing the picking are choosing the former.

The Alouettes are sitting in a decent spot in the East, tightening their grip on second place after downing the Tiger-Cats last week. They make the cross-country trip this week to Commonwealth Stadium, where the Edmonton Elks are yet to win a game. That could soon change, though. Chris Jones’ squad is coming off of a big win in Saskatchewan and plays three of its final four games on a home field that, based on the positive signs the team has shown in recent weeks, is bound to get friendly at some point. Is this the week, or does Trevor Harris get a revenge game in against the team that dealt him to the Als last year?

The Week 17 finale has all kinds of game-of-the-week potential. The Argos have righted their ship, sitting atop of the East Division, riding a four-game win streak that was punctuated by that 30-point domination of the REDBLACKS on Saturday. They head into Calgary to face a Stampeders team that has found its stride of late as well, coming off of a defensively driven win over the Lions in Vancouver that clinched them a playoff spot. The Stamps pulled out a three-point win the last time these teams met in Toronto. This week at McMahon Stadium? It’s a tough call.