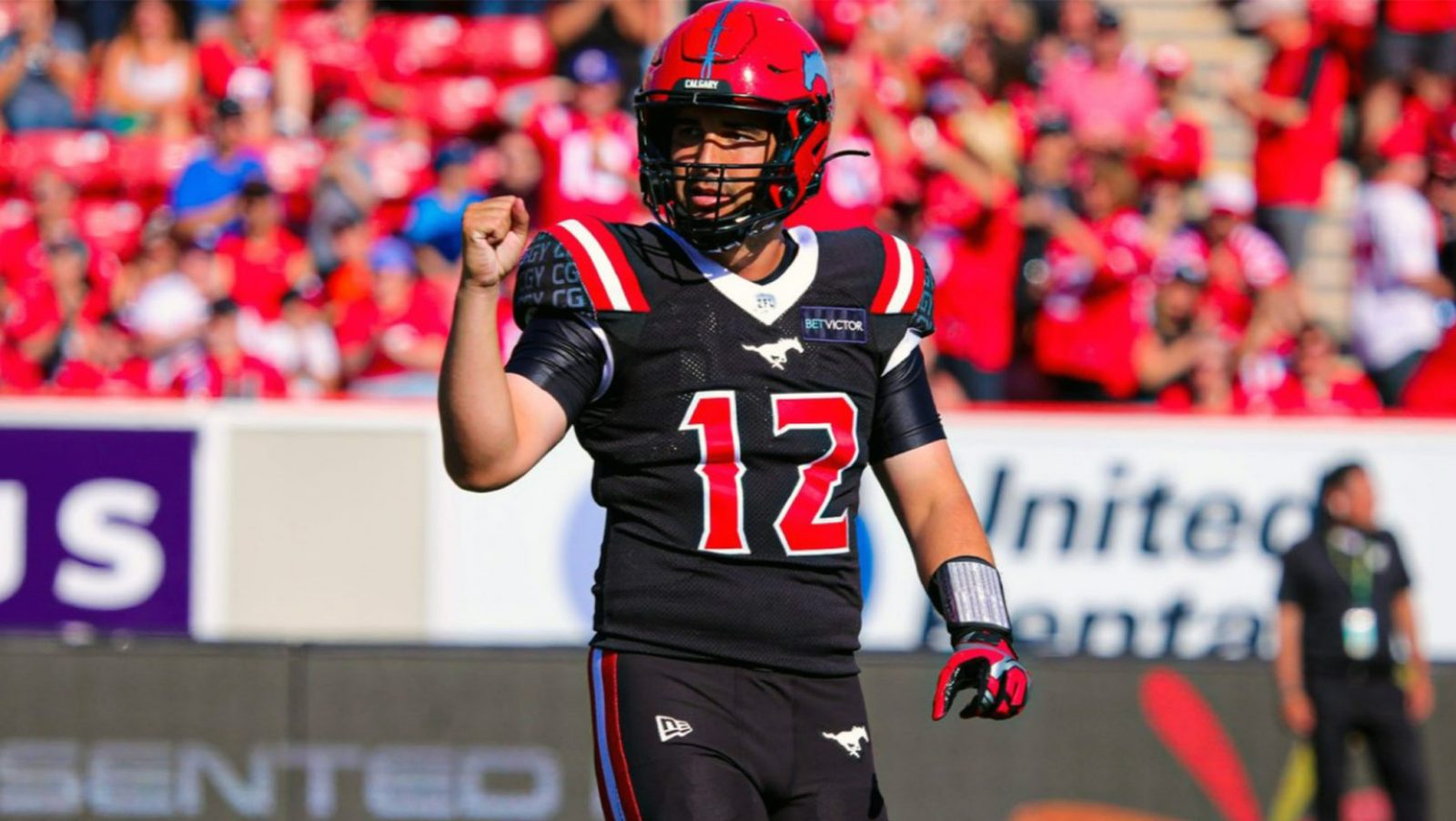 CALGARY — The Calgary Stampeders announce they have signed quarterback Jake Maier to a contract extension through the 2024 season.

“Jake’s play has been very consistent and, for a young quarterback, he’s been very efficient,” said Stampeders president and general manager John Hufnagel. “Like any young player, he still has room for more improvement but we believe he has a very bright future. It was important for the organization to get this extension done before the end of the season and we’re pleased that Jake has made this commitment to the team.

“In regards to Bo Levi Mitchell, we plan to speak to him at the conclusion of the season and we’re keeping all options open. Bo has been a tremendous player for the Stampeders for a long time and he has continued to be a great teammate and a great leader.”

“I thank the Stampeders for the opportunity to continue my career in Calgary,” said Maier. “Amanda and I love being here and we look forward to creating more memories with our great fans. I am very excited for the future of this franchise and promise to do everything we can to deliver more championships to this great city.”

In his second season with the Stampeders, Maier has seen action in eight games and made five starts. He has completed 76.4 per cent of his 178 passes, accumulating 1,526 passing yards with nine touchdowns and just two interceptions. He was named a Canadian Football League Top Performer for Week 16 after throwing for 294 yards with no interceptions in Saturday’s 25-11 victory against the BC Lions.

As a rookie in 2021, Maier played 11 games and made three starts. The UC Davis became the first player in CFL history to throw for at least 300 yards in each of his first three career starts and set a franchise record by completing 17 consecutive passes in a game.

Gaulden was selected by the Carolina Panthers in the third round of the 2018 NFL Draft. He played 24 games for the Panthers over the 2018 and 2019 seasons, and spent time with the New York Giants and Las Vegas Raiders. In 27 career NFL games, Gaulden recorded 20 total tackles including two tackles for loss and one pass breakup.

After going undrafted in the 2022 NFL Draft, Hodge signed with the Arizona Cardinals as a free agent in early may. However, he was waived by the team a few weeks later. The receiver spent his final two collegiate seasons at Virginia Tech, dressing in 14 games.

Lecky played 28 games over three seasons at San Diego State University. During his career with the Aztecs, he recorded 21 total tackles including 4.5 tackles for loss and 3.5 sacks.