Weekly Predictor: Rolling with the Elks 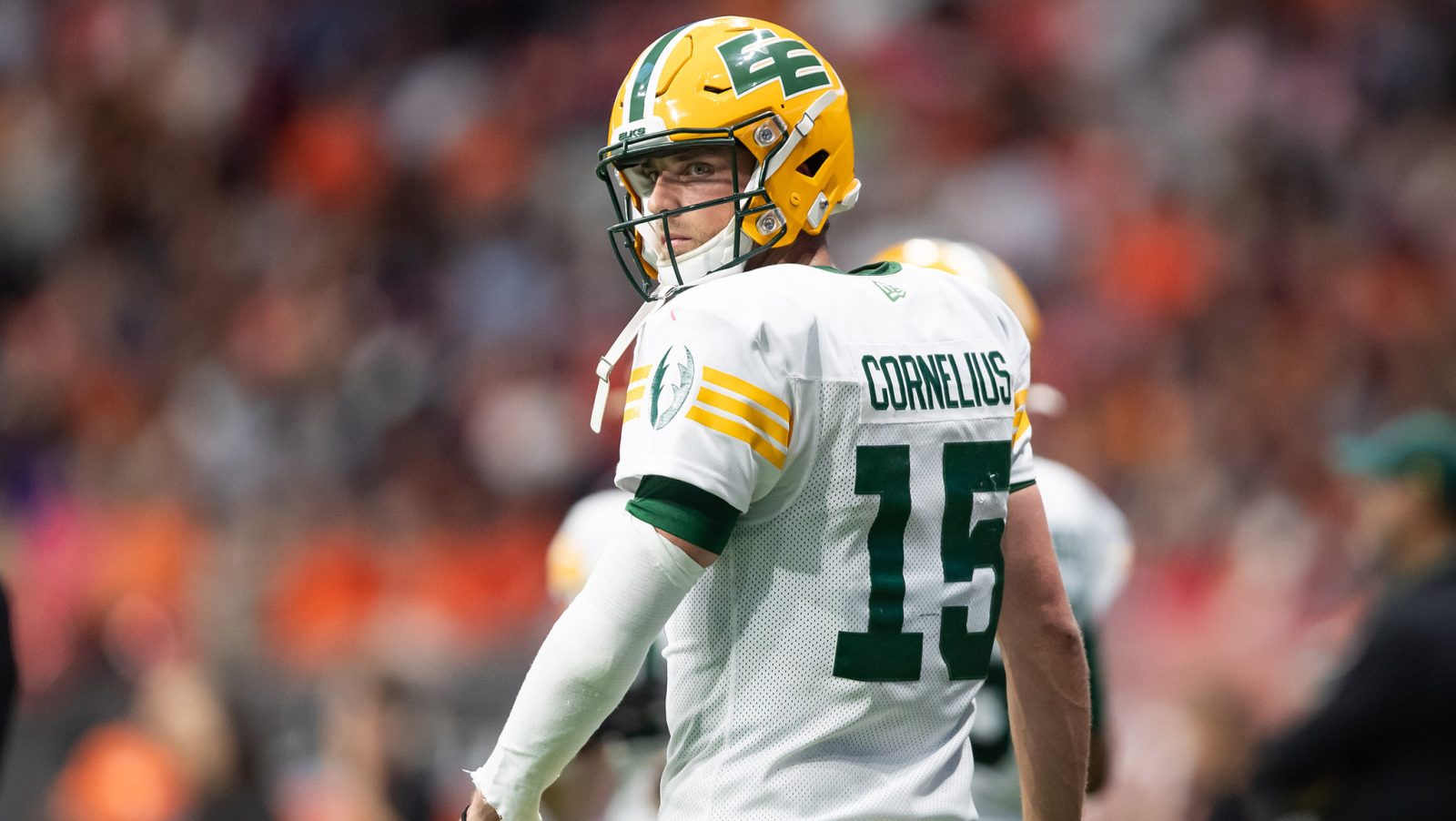 Weekly Predictor: Rolling with the Elks

Well, look at that. Going against my best judgment turned the tide to a perfect week.

Which leads us to this week’s option of a strategy; throwing darts at a dart board, asking my four year old, closing my eyes and pointing, or drawing names out of a hat.

The best part of the last few weeks of the CFL season has been the unpredictability, of course. And if the same keeps up for the rest of the season, I’m not sure the Winnipeg Blue Bombers will be quite fond of being the favourite the rest of the way.

But as the calendar flips to October this weekend and playoff battles are looking to be won, it’s going to be a fascinating conclusion to the season. 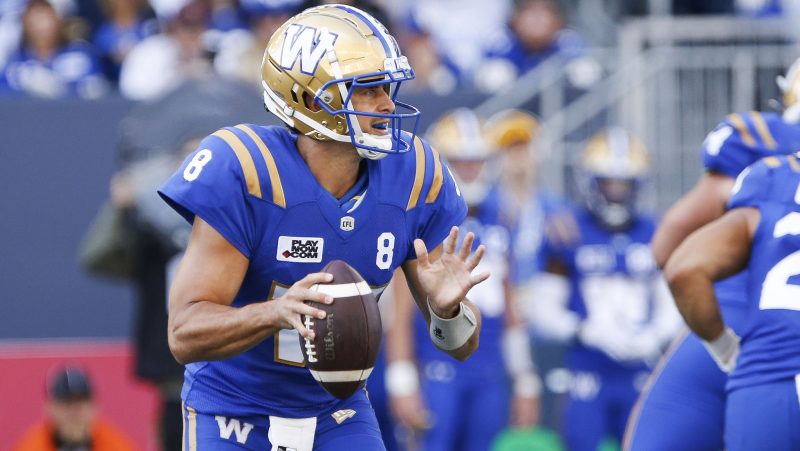 Zach Collaros and co. are back from their bye hoping to bounce back from a Week 15 loss to the Hamilton Tiger-Cats (The Canadian Press)

The last time the Roughriders entered Winnipeg they were struck down by a flu bug and then subsequently were beat up on by the Bombers.

The good news for the Riders is that they’re a healthier team on two fronts; no flu bug and several starters on offence are looking like they’ll be returning to the lineup.

The Riders could get three starting offensive linemen back this week, including captain Dan Clark, as well as receiver Duke Williams.

Getting healthy at the right time can be a big part of a team’s late season success and the Riders will take any help they can get.

The Bombers were humming along until they hit a speed bump in Hamilton before their bye week. Whether it was a trap game or not, the Bombers have rarely put together back-to-back lacklustre performances in the last few seasons with Zach Collaros at quarterback. In fact, Collaros hasn’t lost two straight as the starter in Winnipeg and I have a hard time predicting it this week.

Saskatchewan will be better, but there is a lot of things the Riders need to fix before I pick them against the league’s best on the road. 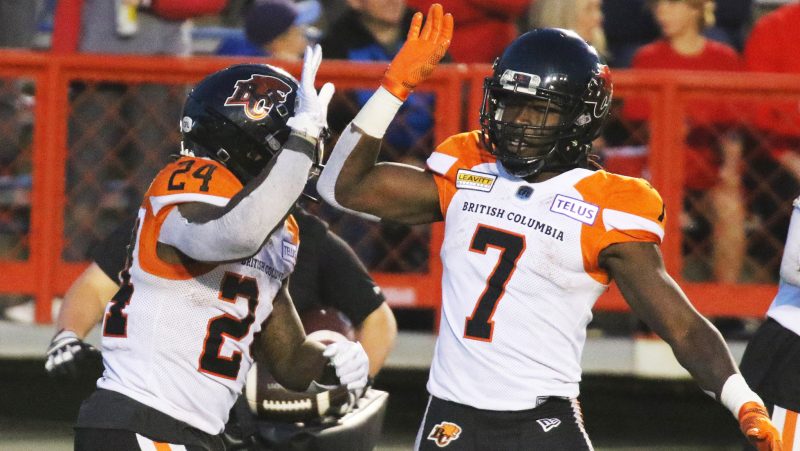 The BC Lions look to get back in the win column against the Ottawa REDBLACKS on Friday night (Dave Chidley/CFL.ca)

Two things happened last week in the CFL; the optimism for both the REDBLACKS and the Lions took a step back.

Ottawa had won two games and then nearly topped Toronto before last week’s loss to the Argonauts at home. The combination of Nick Arbuckle and Caleb Evans threw five interceptions to almost dash much hope of a late-season playoff push for the REDBLACKS.

In BC, the up and down that has been Vernon Adams Jr.’s career went down against Calgary after giving the Lions a lot of hope that he would be the boost the Lions offence needed to carry them into the post-season.

Now, the news gets worse for the Lions as Bryan Burnham is once again hurt and likely not to return for the rest of the regular season. The Lions, however, still have a talented and deep receiving corps and have already been able to show they can win without Burnham this year.

I believe Adams is due to have some inconsistencies as he and the team figure things out but each week, but it should get better.

As for the REDBLACKS, the odds are stacked against them with a long trip West, and a late kickoff doesn’t help my faith to pick them. 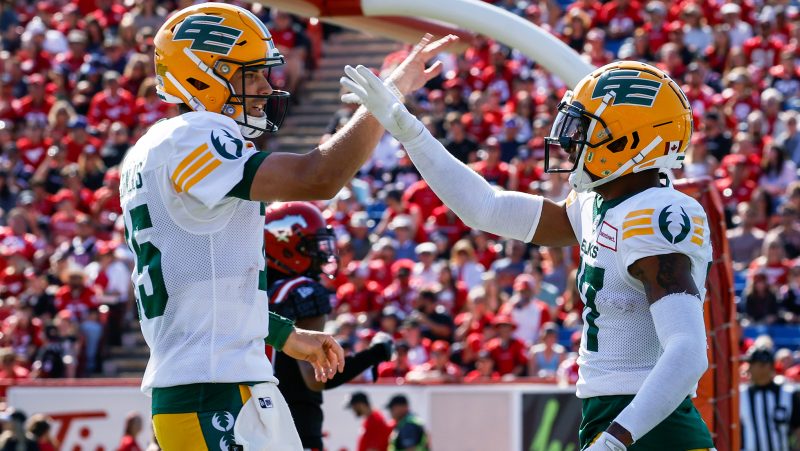 The Edmonton Elks kept their playoff hopes alive with a big win in Saskatchewan before the bye week. I imagine coming back to work with a chance is a lot better for the team’s mental psyche than the alternative, which was going on a bye week knowing the season is over when you return.

Taylor Cornelius is showing progress and in Saskatchewan, he played like a guy wanting to prove the regime that gave him the two-year contract extension right.

Montreal arrives in Edmonton coming off a big win against the Hamilton Tiger-Cats and still with a chance to chase down Toronto for top spot in the East Division.

Trevor Harris also returns to Edmonton for the first time since the mid-season trade sent him to Montreal from the Elks last season.

Earlier this season, the Elks won their second game of the season in Montreal with a 32-31 win and the Elks have still yet to win at home over the last two years. I’m seeing slight improvement by the Elks. The Als may be the better team but I think the Elks are in for another surprise this week and finally end the drought at home. 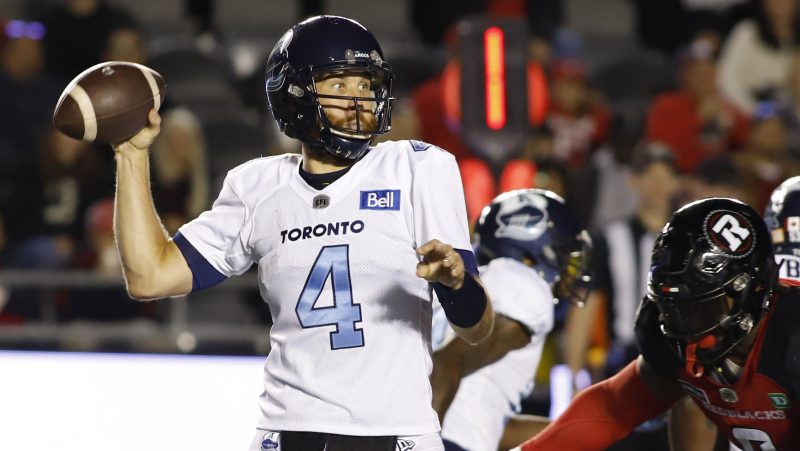 Can McLeod Bethel-Thompson and the Argos win their fifth game in a row? (Patrick Doyle/CFL.ca)

This is the game of the week to close out the four game slate for Week 17. The Stampeders are trying to get a home playoff game and the Argos are trying to lock down top spot in the East.

This is a rematch of a hard fought game in Toronto that was the eventual shift in Calgary from Bo Levi Mitchell to Jake Maier at quarterback. Maier came in and while he wasn’t all that impressive, he led the team down the field for a pair of field goals to overtake Toronto and get the win.

For the Argonauts, they haven’t lost since, with three of those wins being by 17, 20 and 30 points. Yes, those wins all game against the Tiger-Cats and the REDBLACKS, but Toronto has played solid over all four games.

Toronto is 0-3 against teams that are above .500 right now in the CFL so the ‘can they beat the best teams’ narrative is very much alive when it comes to the Argos.

Calgary had a similar record against above .500 teams until last week’s victory over BC, so it’s not like the Stampeders have been much better at beating top teams in the CFL.

I’m mixed because I’ve taken all home teams so far and the away teams have had a lot of success this season. I really don’t think that loss against Calgary sits well with the Argos and they’ve been road warriors so …