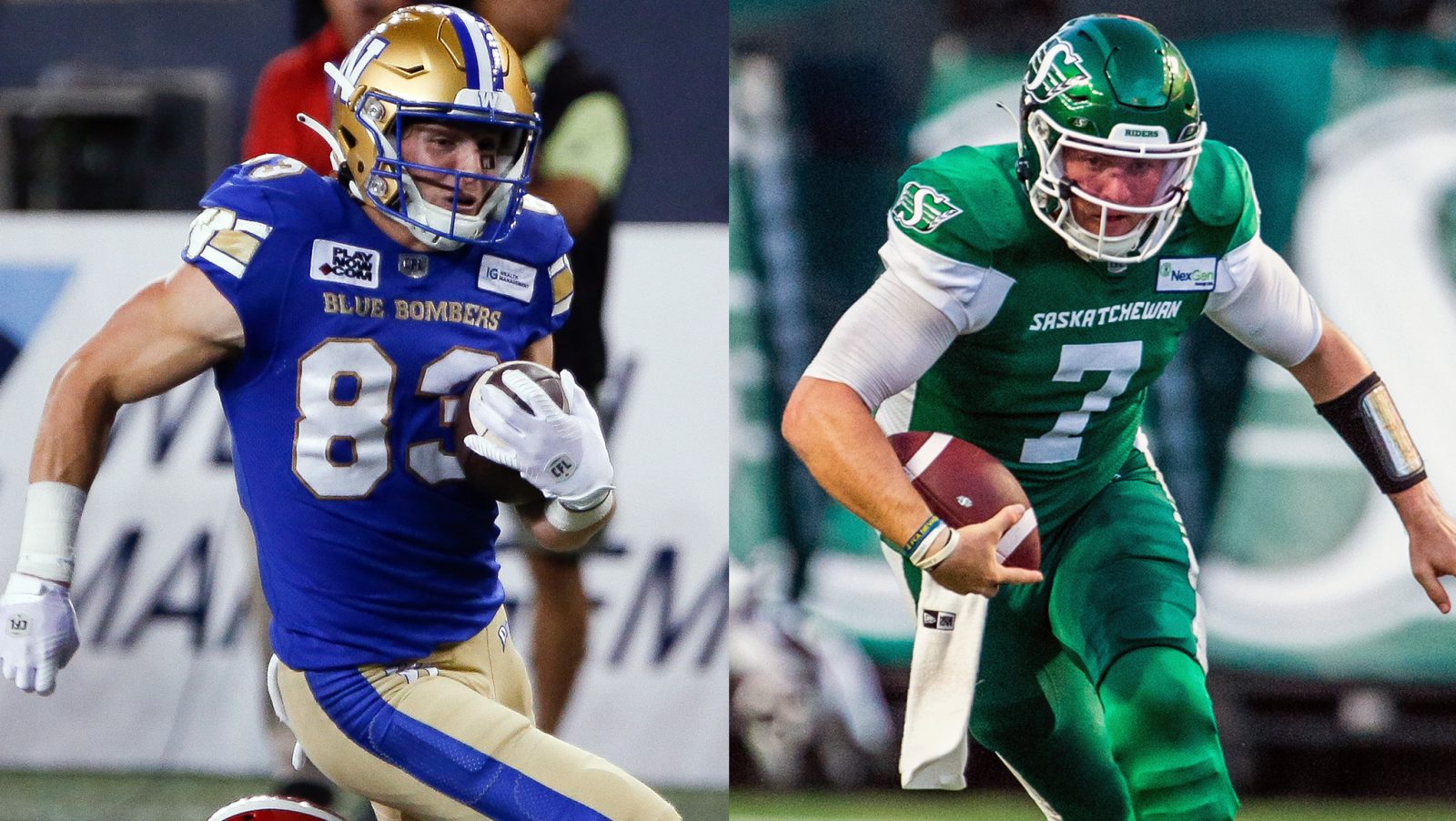 WINNIPEG — As the Saskatchewan Roughriders and Winnipeg Blue Bombers prepare to faceoff for their final meeting of the regular season, the Bombers will have their sights set on more than a win come Friday.

Entering their Week 17 matchup from IG Field the Blue Bombers, who have already clinched a playoff spot, will have an opportunity to secure a home playoff game this weekend.

A win over the Roughriders or a loss by the Calgary Stampeders would mean that Winnipeg would host a home playoff game to start their playoff run.

The Roughriders enter Week 17 having lost their last three matchups, and will be looking for their first win since Week 12.

Saskatchewan had a bye week for Week 16 and last saw action when they suffered a 26-24 loss to the Edmonton Elks at Mosaic Stadium.

In order to escape Winnipeg with a victory on Friday the Riders will need to place emphasis on taking advantage of their opportunities in the score zone. Saskatchewan quarterback Cody Fajardo has thrown for 416 yards in the two previous meetings with Winnipeg, but has failed to throw for a touchdown.

Despite not finding the end zone with his arm, Fajardo has been the only ball carrier to score a rushing touchdown in the two previous games against Winnipeg. The Riders’ pivot has rushed for 284 yards this season on a total of 65 carriers and currently leads the Riders with seven rushing majors.

The success of the ground game will be important for the Riders heading into their matchup with Winnipeg, however the team will need to be creative in finding ways to exploit a stout Bombers defensive front. Saskatchewan will be without running back Frankie Hickson for this week due to injury.

With Hickson out of the lineup and Jamal Morrow on the six-game injured list, Kienan LaFrance will see the majority of the workload from the running back position. LaFrance has rushed three times for 15 yards this season and has tallied 657 yards and four touchdowns in his career.

Despite being short-handed in the offensive backfield, head coach Craig Dickenson placed importance on being prepared and staying ready when called upon.

“Next man up,” Dickenson told Riderville.com. “It’s not that your numb to it, but you understand football is a rough game. You’re lucky to come out of a game with the same group for the next week. We know that’s just part of the game. It’s unfortunate because Frankie was hitting his stride. It’s another obstacle and we’ve had a lot of them this year. Hopefully we can overcome it and be better because of it.”

The Bombers enter Friday night looking to bounce back from a somewhat surprising loss to the Hamilton Tiger-Cats in Week 15, suffering an uncharacteristic 48-31 loss.

Despite the loss the Bombers still retain a firm grip on first place in the West Division and have an opportunity to clinch a home play game with a win.

In their two previous meetings with the Riders, the Bombers have managed to score 74 total points and the team has boasted one of the most efficient scoring offences of the 2022 regular season.

As a team Winnipeg has scored 403 points this season and no quarterback has found the end zone more than Winnipeg’s Zach Collaros. The Winnipeg pivot has has thrown 28 touchdown passes through 14 games, nine more than Toronto’s McLeod Bethel-Thompson who ranks second among active quarterbacks.

Winnipeg rookie receiver Dalton Schoen is on the cusp of two milestones ahead of Saturday’s contest. Schoen needs just 12 yards to surpass 1,000 receiving yards on the season.

Aside from Schoen, the Riders defensive secondary will need to be aware of veteran play-makers Rasheed Bailey and Nic Demski. In the Week 14 meeting with the Riders, Bailey caught five passes for 83 yards and a touchdown, while Demski was responsible for two scores in his team’s 54-20 Week 14 victory over Saskatchewan.

Despite their recent success against the Green and White, the Bombers have lost their most recent game. Speaking to team-media, head coach Mike O’Shea maintained that the most important thing is staying true to their identity.

“We know who we are,” O’Shea told BlueBombers.com. “The guys have a routine to keep up with all the data during a bye week. Nothing is going to jump out at us and punch us in the face.”

Kickoff from Winnipeg is scheduled for 8:00p.m. ET and the game can be seen on TSN, RDS, ESPN+ and can be followed on CFL.ca’s Game Tracker.