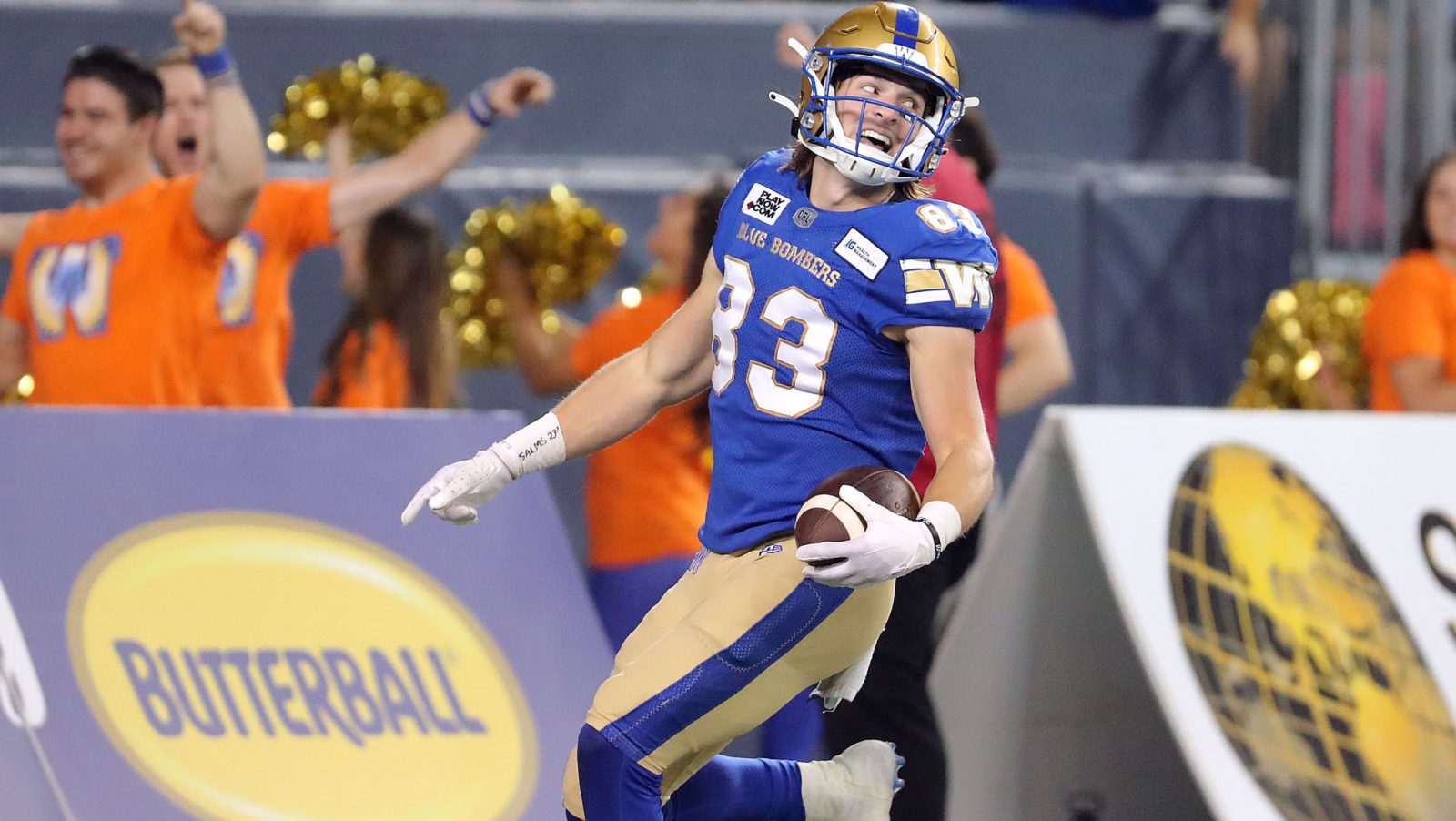 WINNIPEG — Dalton Schoen has made history. The Winnipeg Blue Bombers’ receiver pulled in his 11th touchdown pass of the year on Friday, setting the team record for most receiving touchdowns by a rookie in a single season.

RELATED
» By the Numbers: Dalton Schoen season stats
» Box Score: Riders, Bombers by the numbers
» Through the Lens: Winnipeg at Hamilton

In the fourth quarter of action, Schoen caught a 64-yard pass from Zach Collaros highlighting just a two-play scoring drive to give the Bombers a 31-13 lead over the Saskatchewan Roughriders.

The touchdown reception from Schoen for his 11th score pushes him past Neill Armstrong on Winnipeg’s all-time rookie receiving touchdowns list, but still leaves him needing seven more scores to tie David Williams as the CFL’s all-time record holder.

As a rookie with the BC Lions in 1988, Williams scored 18 touchdowns, setting the league record for most receiving touchdowns by a first-year player. Schoen’s 11 touchdown receptions this season rank him fifth on the all-time list.