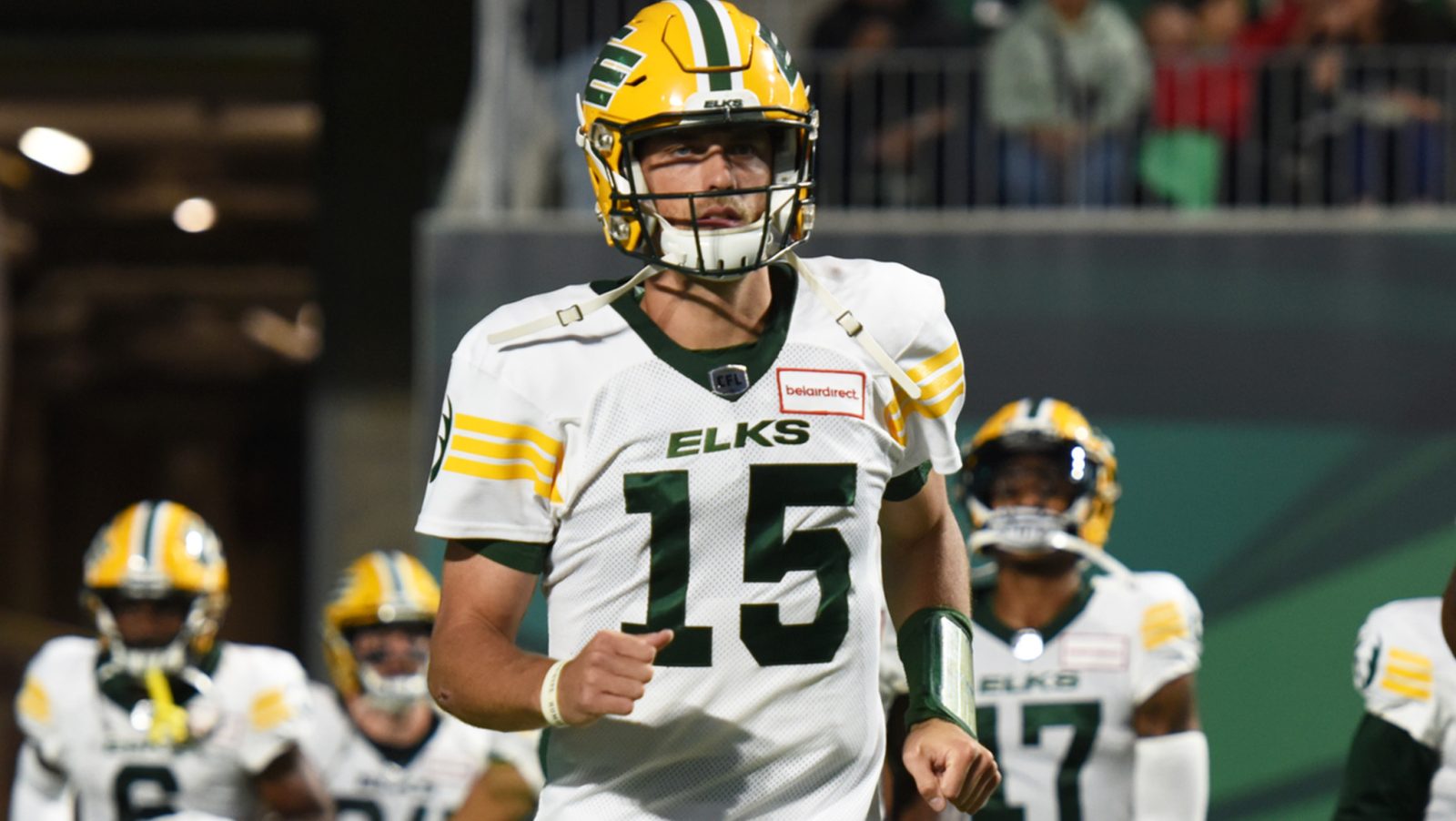 When the Edmonton Elks entered training camp their quarterback depth chart seemed more chaotic than any other team in the CFL. Status quo for Chris Jones’ rosters as the head coach looks for the smallest of advantages, even at the most important position in the game.

There were plenty of questions surrounding the quarterback position in Edmonton prior to the start of the season. Would the starter be Nick Arbuckle? Who the team had reportedly been trying to trade for most of the off-season. Would Tre Ford even make it through camp as a quarterback? Or would he get unceremoniously discharged to a different position? Would Ohio State alumni be it J.T. Barrett or Cardale Jones make it to day one of camp? What about these mysterious names like Kai Locksley?

Lingering in the background throughout all of the uncertainty was Taylor Cornelius.

Cornelius was one of just 26 players from the 2021 Elks team who made Edmonton’s 99-man training camp roster. Last season he was a true CFL rookie who wound up replacing Trevor Harris, as the now Montreal Alouettes starter got pushed out the gates of Commonwealth Stadium in the wake of a difficult season.

Cornelius went 1-7 as a starter last year, and his only win came on the road. The Elks were shut out 0-7 by the opposition when playing at home, a trend that has unfortunately continued deep into 2022.

I’ve been constantly reassessing my opinion of Cornelius throughout this season. There are moments of growth and brilliance such as a stunning, open-field scramble at Mosaic Stadium against the Riders and a jaw dropping touchdown strike while rolling away from pressure at full speed in Calgary.

The problem of course being, that those two moments have come on the road, as have all four of Edmonton’s victories this season. Wrapped up in many of the home game struggles have been Cornelius performances more reminiscent of 2021 than the progressive flashes of 2022.

Who is Taylor Cornelius really? And why did Edmonton feel strongly enough to re-sign him in-season despite the obvious consistency issues?

The eye test clearly tells me that Cornelius continues to use his big frame and strong arm to take shots down the field, while sneaking up on defenders with what continues to be a head-shaking ability to take off and run with no moral conscience about his health and safety.

To get a better understanding of his growth, I dug into the numbers to see if Cornelius’ game has actually changed from 2021, and if so, where is he targeting more or less and where are those attempts finding a greater rate of success.

From last year to this season the Elks big-man continues to neglect the usual 0-10 yard depth in favour of 10-20 yard shots at a rate above the CFL average, but his dislike for the short throw has gone down significantly. This is perhaps a sign of growth and understanding how to effectively work linebackers with quick slants from interior slotbacks and move linebackers on crossing routes with his eyes.

He has also gone from being a throwing-arm dominant deep ball thrower (right handed, right side) to preferring the weak side (left) at a rate much higher than 2021. Again, lots of variables, but that could speak to the growth in understanding how to attack more parts of the wide CFL field. Moving defenders right before coming back left to take his aerial attack over the top to Derel Walker or Kenny Lawler.

Those are all points of interest and speak to growth, but the completion percentages from 2021 and 2022 below tell another story. One of a continued struggle to complete in his most targeted areas of the field.

While the deep ball is marginally warmer, the areas targeted most above league average for Cornelius remain an icy blue in regards to completion percentage. He is above the league average completion rate in just three of 10 zones under 10-yards in depth. One of those being the prototypical ‘screen’ zone, just outside the left hash behind the line of scrimmage, essentially a guaranteed completion.

After all of the games watched, and all of the numbers crunched, the question remaining for me, is whether this is Taylor Cornelius in his full form, or if there is going to be another evolution to his game.

With the Elks very much on the outside looking in on November’s playoff excitement, Cornelius has five weeks to prove there is another gear to his game before a long off-season that will likely determine his meaningful professional football life in 2023.