BC offence finds rhythm in win over Ottawa 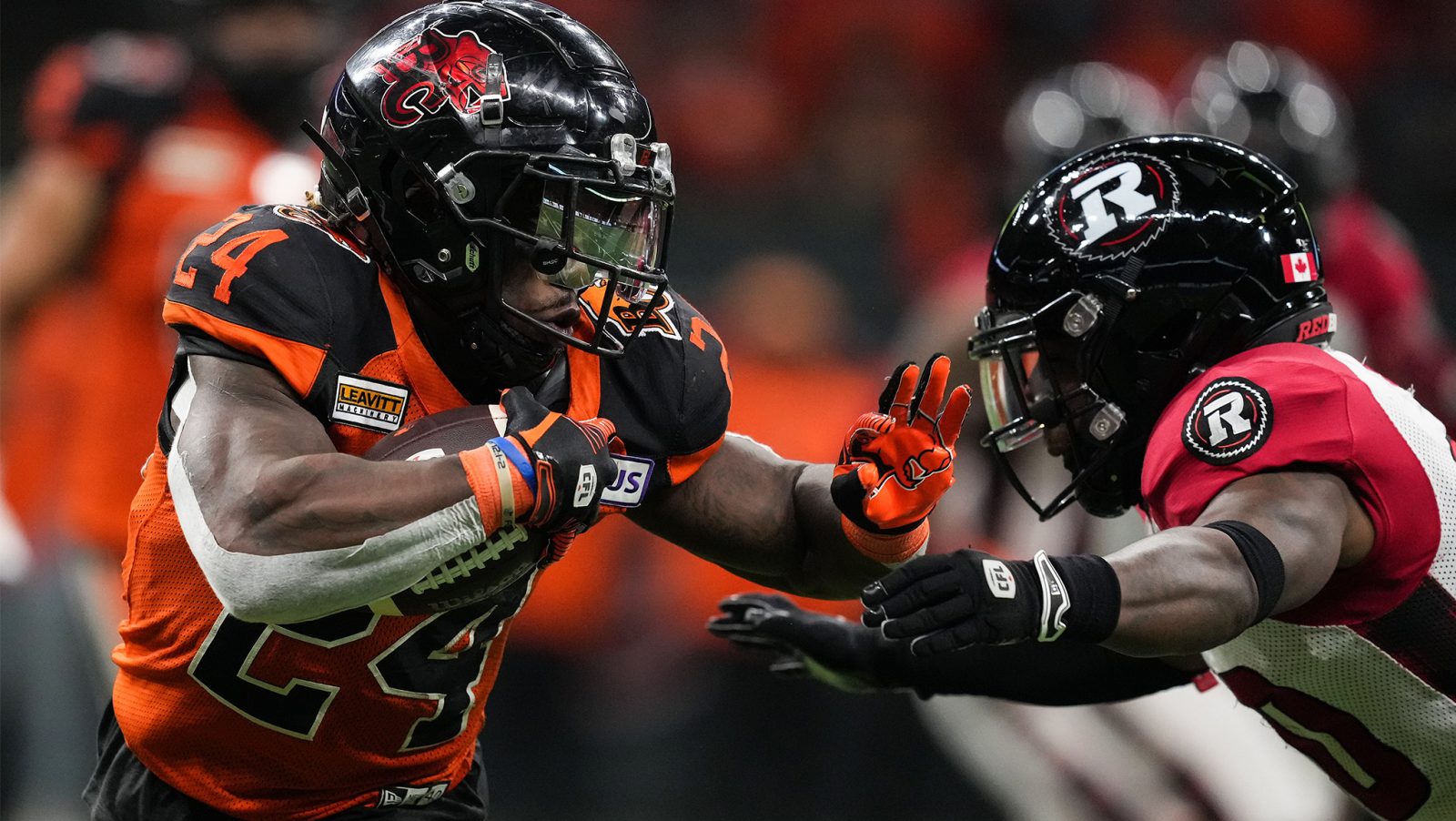 BC offence finds rhythm in win over Ottawa

VANCOUVER — The BC Lions earned a statement 34-19 home win over the Ottawa REDBLACKS as they took their 10th win of the regular season Friday night.

Lions quarterback Vernon Adams Jr. put together his best statistical performance since being named the starting quarterback in Vancouver, completing 17 of his 22 passes for 305 yards and two touchdowns in the win over Ottawa.

Dominique Rhymes was the leading receiver for BC, catching five of his team-high six targets, turning up field for 103 yards in the contest.

RELATED
» Adams has big night to lead Lions in win over REDBLACKS
» Box Score: REDBLACKS, Lions by the numbers
» Through the Lens:Ottawa at BC
» Watch: Butler scores second touchdown of the game

Despite the impressive performance from himself, the BC pass-catcher only spoke praise for his teammates. When asked about his quarterback in a post game interview with TSN, Rhymes described the offence as feeling comfortable.

“It was a great offensive attack,” said Rhymes. “Adams felt comfortable tonight and we just made plays for him and get the offence moving, it feels good to get back on rhythm.”

While Adams controlled the pace of play with his arm, the BC ground attack was equally impressive in the team’s win. Adams escaped for 38 yards on three carries, while running back James Butler took the bulk of the workload rushing 16 times for 89 yards in the game. Butler also added four receptions for 30 yards and touchdown out of the backfield in Week 17.

“Vernon and James Butler, they were running the ball great,” said Rhymes. “It really opened up the pass game, so we can’t do anything except for be grateful. We’re happy with how everything is coming along.”

When asked about earning a win at such a crucial time in the year, Rhymes made it clear that winning is of utmost importance.

“That’s the name of the game, is winning,” said Rhymes. “Anytime you can win, that boosts the confidence and morale in the locker room. This is definitely one we needed and we’re going to keep building on it from there.”

The Lions will return to action in Week 18 as they travel to BMO Field for a matchup with the Toronto Argonauts to kickoff a Saturday doubleheader.