Power Rankings: The stakes get higher 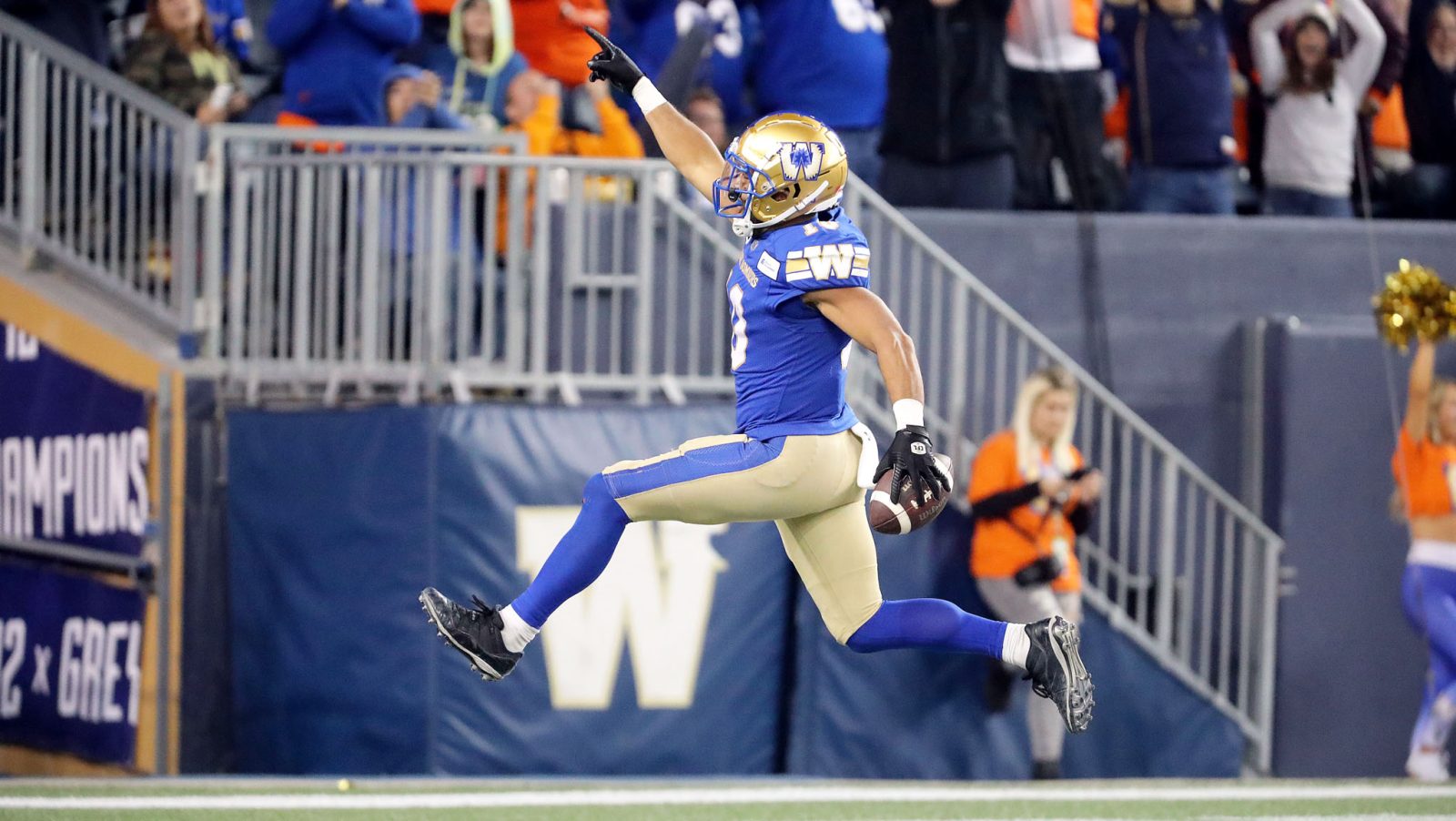 Power Rankings: The stakes get higher

TORONTO — Week 18 has arrived and with it comes a pair of games that could be big ones in the playoff picture and in these rankings.

On Friday, the Hamilton Tiger-Cats host the Saskatchewan Roughriders. The winner of this game won’t get the final playoff spot in the East Division, but whoever comes out on top will be in a good position to extend their season.

On Saturday, just up the QEW, the Toronto Argonauts will welcome the BC Lions. The Argos are fighting to lock up the top spot in the East Division for the second year in a row, while the Lions are in a tooth-and-nail fight with the Calgary Stampeders for a second place finish in the West.

The Lions need the win and the Argos can’t afford to have a surging Montreal Alouettes team get any closer to them in the standings.

In this week’s Power Rankings, the Lions pounced when the Argos stumbled against the Stamps and their tenacious defence. Solving that big red and white machine could be a fun talking point for each club this week in Toronto, perhaps as a pre-game discussion or something to revisit between whistles.

Check out where your team has landed in this week’s Power Rankings.

After two-plus seasons of raving about the Bombers’ defence, let’s give some love to the offence. Zach Collaros’ fit in Winnipeg has been a perfect one since his arrival at the trade deadline in 2019, but the reigning MOP has really put his signature on games of late. His four-touchdown showing against the Riders on Friday marked his third four-TD game this year. He’s gone eight games this year without throwing interceptions and has had a clean INT sheet in three of his last four games. Despite a significant change at running back this year and through receiver injuries – most notably Greg Ellingson – Collaros and the Bombers have rolled along and remain in their comfortable No. 1 spot in the rankings.

We anticipated two great defences clashing on Saturday in Calgary, with the Stamps hosting the Argos. Cam Judge and the Stamps had the better showing on Saturday night, limiting the East Division’s best team – and last week’s No. 3 team in these Power Rankings – to just two points in an emphatic 29-2 win. The Stamps take a well-earned bye week and return to try to get ahead of the Lions in the standings to secure home field for the Western Semi-Final, with games against Hamilton and two against Saskatchewan to close out their regular season schedule.

After a frustrating loss to Calgary last week, a visit from the REDBLACKS may have been just what Vernon Adams Jr. and the Lions needed. The Lions beat up on the league’s weakest team in a 34-19 win, allowing Adams to get his first touchdown pass while revving the offensive engine that Nathan Rourke had humming so well in the first 12 weeks of the season. This week promises to be more challenging, as an Argos team that’s feeling that Calgary-infused frustration awaits the Lions at BMO Field. If the Lions want to host a playoff game – or even take a shot at first in the West – the wins need to keep coming.

The Argos saw their four-game win streak come to an end in Calgary, with the Stamps’ defence pulling in a trio of interceptions (two off of McLeod Bethel-Thompson and one off Chad Kelly in the waning moments of the decided game). This week poses a good test for the East’s top squad. A bounce back win against the visiting Lions would ease the sting of losing to the Stamps and would help them keep their grip on that first place spot in the East. The Argos are guaranteed a home playoff date. Their play in these final four regular season games will determine just how advantageous their home field can be.

The Alouettes are on the verge of a Power Rankings jump thanks to a gritty performance against the Elks – a team not to be taken lightly – on Saturday. Tyrice Beverette’s late pick-six could be a moment that this Als team builds on for the rest of its season. The Als are at .500 for the first time this year and are just two points back on the Argos. We’ll use this space to plug once again just how pivotal that Als-Argos home-and-home series might be in the final two weeks of the regular season.

The late, great DMX rapped, “I’m slippin’, I’m fallin’, I can’t get up,” and that feels very apt for the struggling Roughriders right now. At 6-9, the Riders are officially chasing the crossover in the East, working to stay ahead of 4-10 Hamilton and 3-11 Ottawa. While there’s been Rider crossover talk essentially all season, it’s not a lock for them. Their meeting on Friday with the Ticats in Hamilton is a huge one and marks the start of a difficult stretch to close out the regular season. After their Week 19 bye, they go into a home-and-home with a Stamps team that’s battling for a home playoff date. If Rider fans have suffered in this unsatisfying season, DMX has lines from that same song to help you through it. “See, to live is to suffer but to survive,” he said, “well that’s to find meaning in the suffering.”

Through many ups, downs, frustrations and disappointments this season, there is in Week 18 a path to the playoffs for this Tiger-Cat squad. Friday’s game at Tim Hortons Field is a must-win against the crossover-hopeful Roughriders. If the Ticats can make it through that, they have a trip to Calgary and a regular-season closeout that features a home-and-home series with the Ottawa REDBLACKS. Given how difficult the Riders’ schedule is in these final weeks there is hope, despite the Ticats’ 4-10 record. This will of course require the Ticats to do what they’ve struggled with all of this season and that’s win the bulk of their final four games and hope that the Riders stumble a couple more times this year.

Week by week, we’re seeing improvement from the Elks, who appeared to have their first at-home win in two seasons in sight before Tyrice Beverette vacuumed all the air out of the Commonwealth Stadium area in general with his game-turning pick-six. As these words were being written into their digital existence, we could hear TSN’s Milt Stegall pounding his fist on the panel he sits at, yelling, THEY’RE STILL LOSSES! A CFL GOAT, Stegall is of course right. The Elks’ 4-11 record isn’t going to help them this season, but those promising pieces we’ve talked about recently – Taylor Cornelius, Dillon Mitchell, Kevin Brown – show improvement weekly. Turning it into wins is what matters, but the Elks are heading in a good long-term direction.

Friday’s loss to the BC Lions proved to be the final straw for Paul LaPolice, as the REDBLACKS relieved their head coach of his duties on Saturday. The REDBLACKS that we envisioned at the start of the season haven’t materialized that way this year, largely due to Jeremiah Masoli’s injury. The REDBLACKS still have slim playoff hopes – a byproduct of their Eastern counterparts’ slow starts this year – but interim head coach Bob Dyce and his staff will have a tough challenge in front of them as they go up against teams in the playoff hunt that could be playing meaningful games right through to the conclusion of Week 21.