Cauz: Key moments you may have missed in Week 17 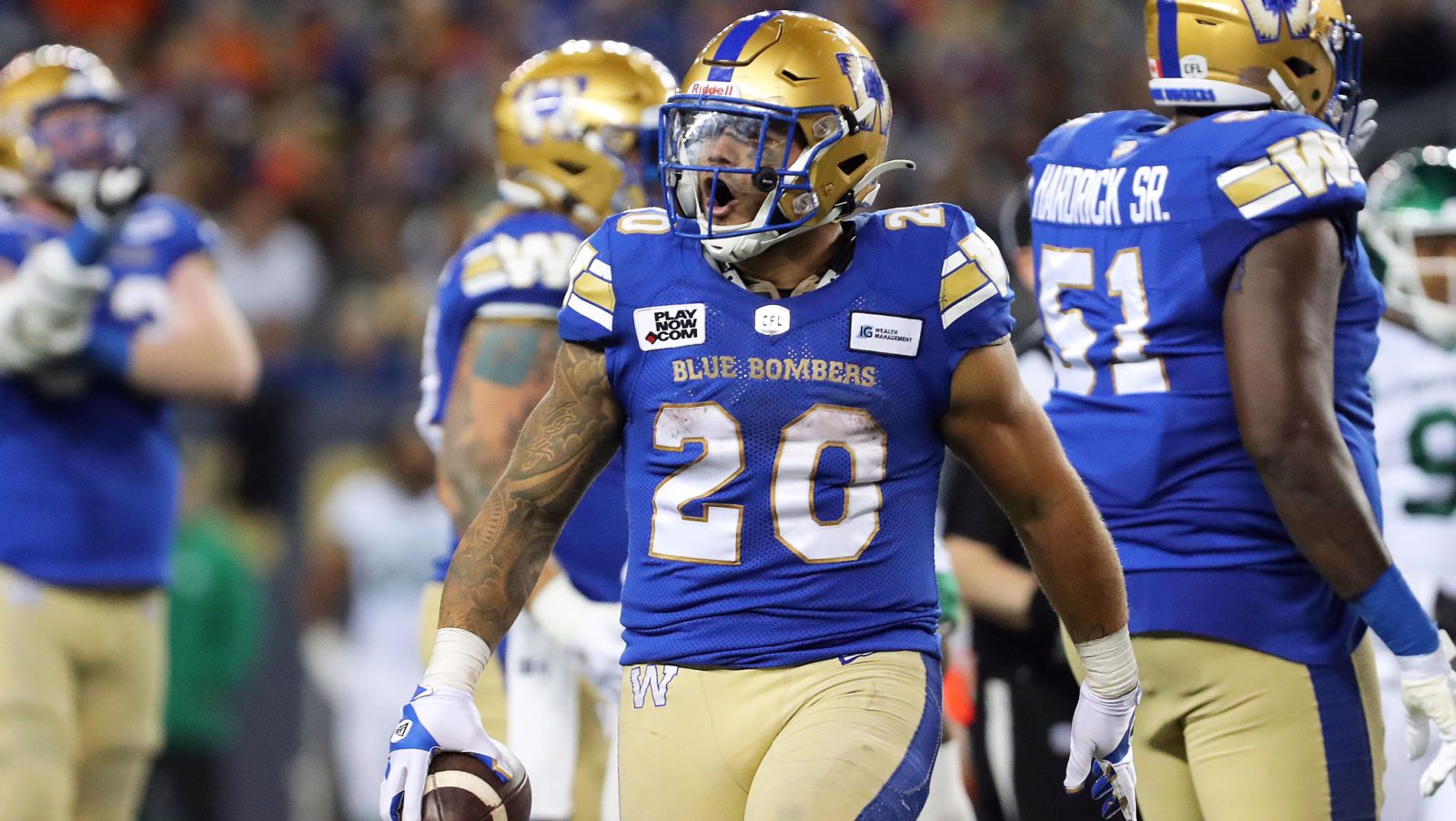 Cauz: Key moments you may have missed in Week 17

I have always been fascinated with how magicians pull off their greatest feats of illusion.

I’m the person who never wants to know what the actual secret is. I’d rather just be amazed at what I’m looking at rather than knowing how the sausage is made. The key to any great magician is their ability to misdirect, and to manipulate the audience to focus on the right hand while the left one is setting up the trick.

For each game of the Week 17 slate, there was an obvious storyline that is easy to fixate on. But what about the less obvious moments? How about what was going on in the shadows that you may have missed?

Let’s look back at some of the critical moments and players who’s exploits we may have missed.

The big story in the Winnipeg Blue Bombers 31-13 win over the Saskatchewan Roughriders was Zach Collaros’ four deep touchdown passes that ensured all playoff roads in the West would have to through IG Field. Collaros went full mad bomber with each touchdown strike travelling at least 25 yards through the air.

This wasn’t one of those games where the quarterback’s gaudy numbers are inflated by short screens turned into big plays. I was going to focus on the individual brilliance of running back Brady Oliveira, who put up his second 100+ yard rushing game of the season, but the real story behind the Bombers’ running attack was the interior of their offensive line.

At 215 pounds, Oliveira is not exactly a scat back so when a man of his size can go through a defensive line untouched for 20 yards, you have to go back and see just what sort of magical blocking was going on. His longest run of the day, 23 yards in the first quarter, is all about the work done up front by left guard Geoff Gray, centre Chris Kolankowski and right guard Patrick Neufeld.

Against a six-man Roughrider front, they created a six-lane empty highway for the Winnipeg native to truck through. Collaros would hit Rasheed Bailey for a 36-yard touchdown on the following play. Late in the game when it was clock killing time, the Winnipeg offensive line over and over overwhelmed as Brady gashed Saskatchewan for 39 yards on four carries. This is not to take anything away from Brady as a running back, as he did an excellent job of reading his blocks, making quick decisions at the line and punished anyone in front of him. But it was the usually unsung heroes in front who deserve the spotlight on this 100+ yard day.

I rarely do the Hot Take but here goes; Lorenzo Mauldin IV was the best player on the field in the Ottawa REDBLACKS 34-19 defeat at the hands of the BC Lions.

The headline is of course Vernon Adams Jr.‘s efficient night and the departure of Paul LaPolice as Ottawa’s head coach. However, it was Mauldin IV who needs to be recognized. I always love when the pass rusher gets in on disrupting the run game and that is exactly what the CFL sacks leader did in the first quarter speeding past right guard Peter Godber to take down James Butler for a one-yard loss.

His finest moment was his second quarter sack on Vernon Adams on a two-man rush! That’s right, the REDBLACKS sent a duo of linemen at Adams and Lorenzo still came away with the sack. I would like to propose a new rule, if you beat both an offensive tackle and a guard to sack the quarterback while ten of your teammates are dropping back in coverage you should be awarded 2.5 sacks! It’s one thing to come off unblocked on a well-timed blitz for the takedown, it’s an entirely different act when you can beat nearly 600 pounds of blockers and get the same result. Not all sacks are created equal and this one was spectacular. Throw in a pass knockdown after overpowering the left tackle and a coverage sack where Mauldin IV showed proper rush disciple and suddenly my hot take doesn’t feel so controversial.

I’ll stay away from the Edmonton Elks current home record and instead draw your attention to the other great defensive moments by the Montreal Alouettes that does not involve Tyrice Beverette’s 100-yard, back-breaking interception return touchdown that was the centre piece of the Alouettes 25-18 road victory.

What gets lost in this game is Edmonton was not out of it even after that century long interception return. I must credit Taylor Cornelius and the entire Edmonton offence they did not give up, instead they put themselves in position to tie the game late on their last two possessions but were thwarted by Montreal defenders.

The first attempt looked like we were headed to a 25-25 game after a strong Kevin Brown six-yard run on first and goal had them two yards from a brand-new game. For a brief moment on the next play, it looked like Brown would score his first touchdown of the season only to be met straight on by Chris Ackie, who not only stood his ground, but prevented any forward momentum.

On third down it was defensive lineman Mustafa Johnson and a swarm of Alouettes who again denied Brown the end zone. Game over, right? Nope. Edmonton managed to get the ball again and with just over a minute left they had a first and 10 inside Montreal’s 30-yard line. It certainly won’t go down as the most athletic play Micah Awe ever made but credit the Montreal linebacker for being in the right place at the right time as he came up with the easiest interception of his career as a Cornelius pass would go off the hands of Vincent Forbes-Mombleau and right to Awe. Now the game was over. Beverette made the big play, but it was some of his defensive teammates who sealed the win.

Finally, as a Toronto Argonauts fan I will not be focusing on how devastating the Calgary Stampeders defence was in Saturday night’s 29-2 beatdown of Toronto. Cameron Judge and company will get all the clicks, so I want to focus on some of the stars on the other side of the ball. I’m not going to lie; this one was difficult to pull off.

The score was a baseball like 1-0 early in the second quarter; this game was not exactly a cavalcade of offensive excellence by a variety of skill position players. Jake Maier was not at his best, but you have to admire him for ignoring the hard charging Henoc Muamba on his second quarter touchdown strike to Reggie Begelton. Muamba had a free lane towards the Calgary passer, but Maier stood firm knowing he would take the hit but would give his team a 7-1 lead.

Ka’Deem Carey was at his usual explosive best blowing past the Argo defence on a 14-yard run in the second quarter, breaking a couple of tackles on a late 20-yard gain, and finishing the night in style on a no-doubt, short yardage touchdown.

Finally, the sight of six-foot-four, Luther Hakunavanhu running free through Toronto’s secondary on a 30-yard catch-and-run early in the fourth must be a scary one for any poor safety trying to make that tackle.