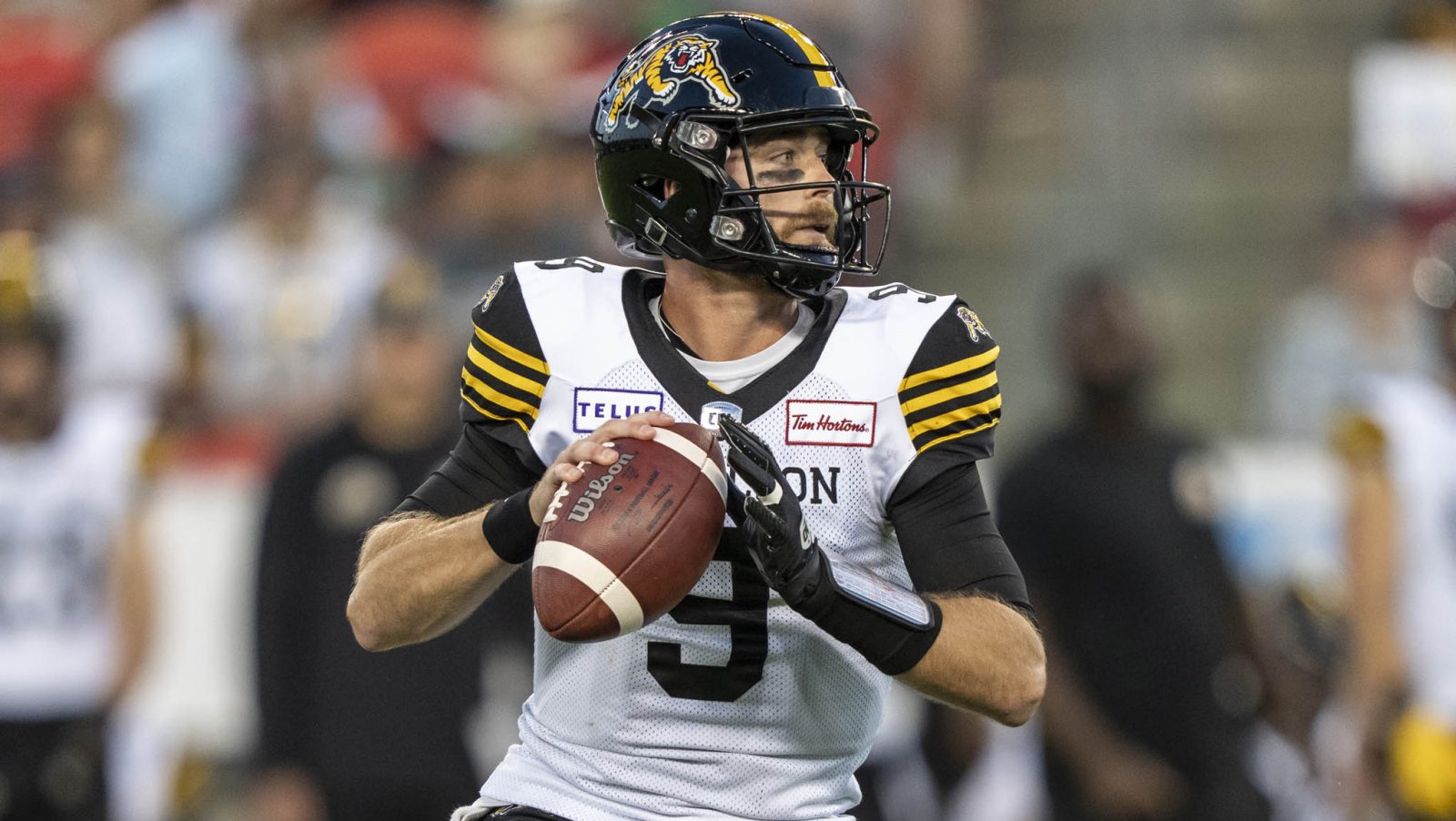 TORONTO — When the ball goes up in the air on Monday in Montreal — or on Friday night in Hamilton for that matter — take a moment to be thankful for football.

Thanksgiving Weekend presented by Purolator is upon us and we have a full table of games to feast on. The Saskatchewan Roughriders traveling to Hamilton to face the Tiger-Cats on Friday could be our game of the week, with tremendous playoff implications looming over Tim Hortons Field. The Toronto Argonauts are on a quest to lock up first place in the East Division and will have to top a BC Lions team that’s trying to fight off a hot Calgary team, while still keeping an eye to to the top of the West Division.

The Winnipeg Blue Bombers, meanwhile, are one win and a Lions loss away from locking up that top spot in the West as they host the Edmonton Elks. Finally, on holiday Monday, the Montreal Alouettes play host to the Ottawa REDBLACKS, intent on building on the good momentum they’ve created for themselves over the past few weeks. While the REDBLACKS are struggling and have just gone through a coaching change, one of our writers sees a win on the horizon for them.

Let’s get into the picks. 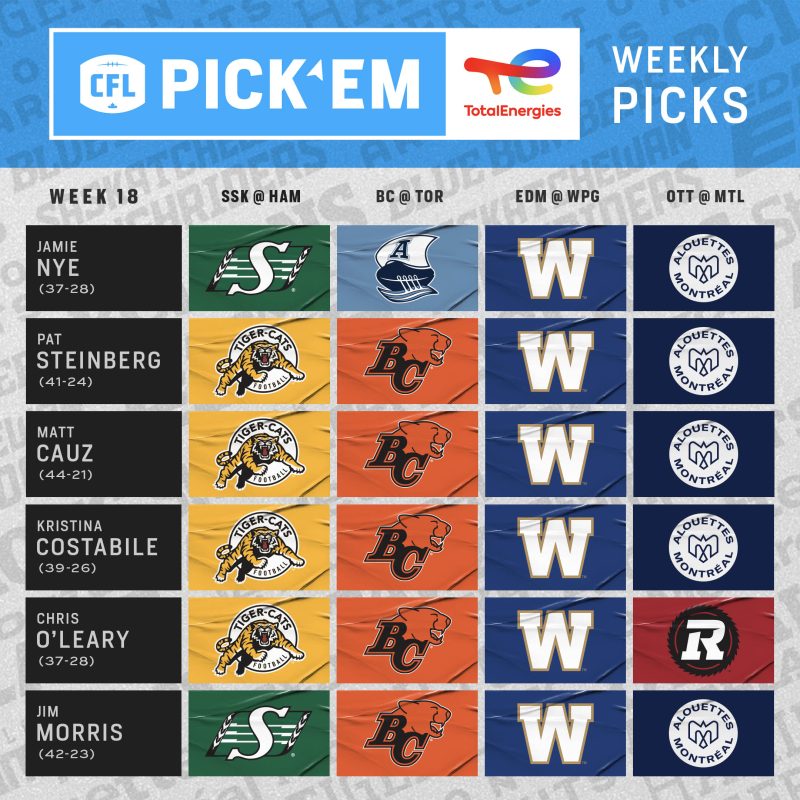 This game isn’t outright for the crossover spot, but a Riders’ win over the Tiger-Cats would go a long way to helping the green team’s cause. The Riders have a difficult road in front of them to close out the regular season and lock up that playoff spot (Hamilton, a bye then a home-and-home with Calgary), while the Ticats go from the Riders to face Calgary and wrap up the regular season with a home-and-home against Ottawa. Both teams need this win. The writers lean toward Hamilton, but Rider Nation, not surprisingly, is doing its work in Pick ‘Em.

Vernon Adams Jr. may have gotten just the opponent he needed last week in the visiting REDBLACKS. Things should be a little more difficult for him and the Lions, though, as they roll into BMO Field on Saturday. The Lions need wins to keep pace with Calgary for that home playoff game in the West, while the Argos are feeling the sting of a tough loss to the Stamps last week, with an increasingly hot Montreal team on its heels in the standings. We’ve got a writer-fan divide on this one.

The Elks go from a heartbreaking loss to the Als last week into the highest degree of difficulty stadium in the league this week, where the Bombers (6-1 at IG Field) await them. Head coach Mike O’Shea and his team are no doubt acutely aware that this Elks team is both steadily improving late in the season and is very comfortable on the road, where they’re a respectable 4-4. Still, the Bombers are closing in on locking up the West Division for the second season in a row, so their focus shouldn’t be in doubt.

The Als have plenty at stake on holiday Monday themselves, with a win over the visiting REDBLACKS ensuring they get a home playoff date. Given the Als’ three-game win streak — one that includes hard fought wins over Hamilton and Edmonton — and the good direction they seem to be headed in, this should be a winnable game for them. Still, could this have the makings of a holiday trap game? The REDBLACKS’ last win came on Sept. 2, in Montreal. We often see when teams go through a coaching change that it can spark some improvement, even if it’s in a short burst. One writer and a light sprinkling of fans thinks it’s possible. The rest are siding with the Als.