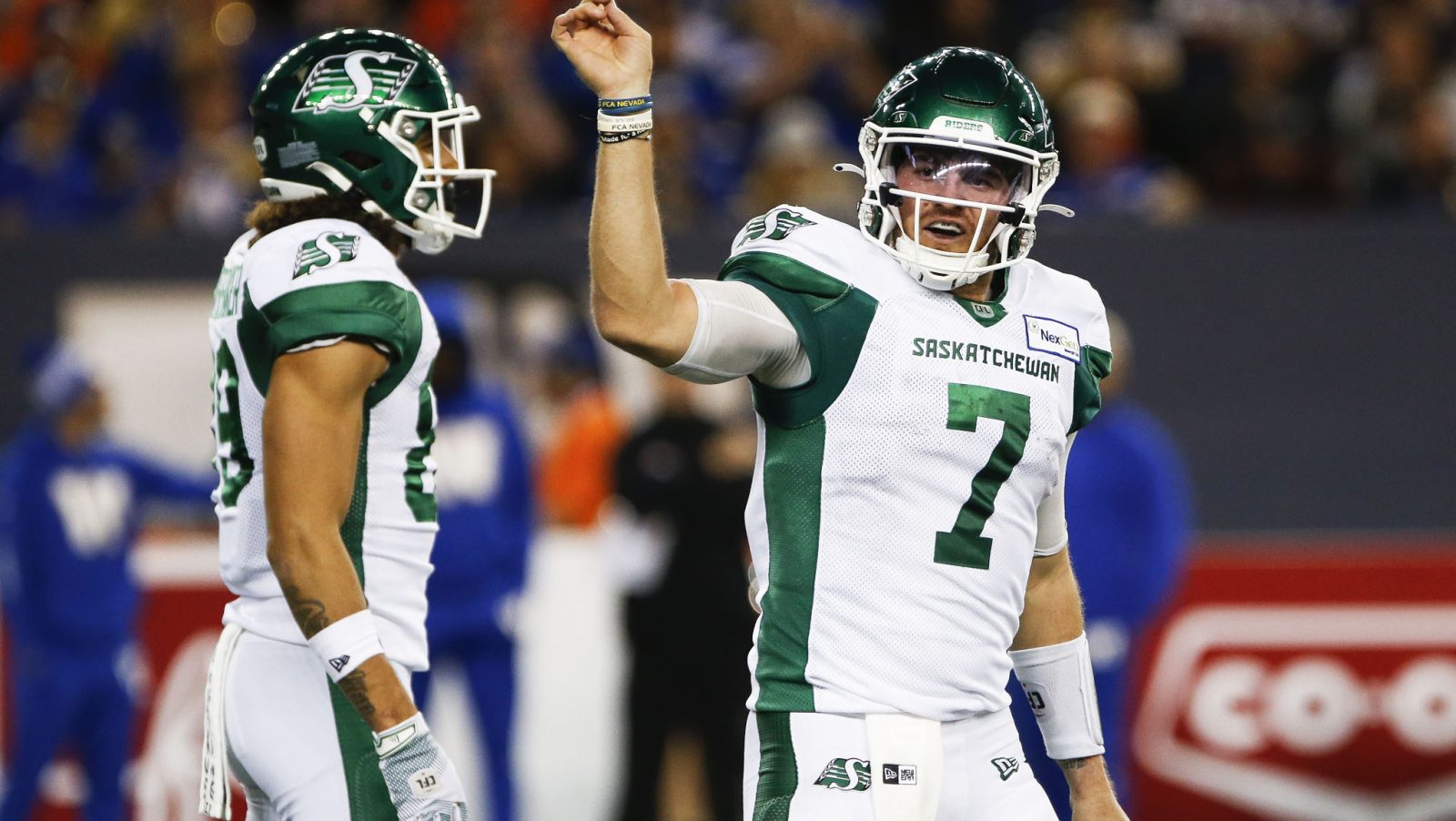 Thanksgiving Weekend presented by Purolator is here and there are so many things to be thankful for!

It’s a wide open race for playoff spots with nothing yet decided; Montreal can still catch Toronto for first in the East, Saskatchewan and Hamilton need to fight it out for the final playoff spot, while Calgary and BC are fighting for that second home playoff game in the West Division.

October is going to be a bountiful month for a few teams, while others will just hope to get lucky with some leftovers by the time November hits!

While the main course this week gets dished up to start the week of football, that just means there are plenty of great options for dessert, capped off with a Thanksgiving Monday matinee in Montreal. 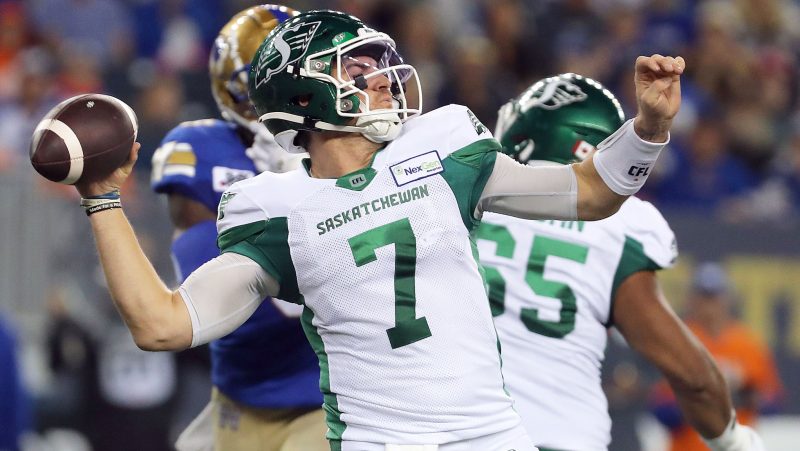 Cody Fajardo and the Riders are hoping for a win this weekend against the Ticats at Mosaic Stadium (Jason Halstead/CFL.ca)

I’m declaring this one the game of the week in the Canadian Football League as the Roughriders and Tiger-Cats go head-to-head and we will see which team wants the final playoff spot the most.

The Roughriders haven’t been able to win a game east of Regina this season, going 0-4 so far on road trips heading in that direction, so it’s not ideal that their only path to the Grey Cup will be the crossover into the East Division.

However, Cody Fajardo is trying to will this team to victories. While it seems what can go wrong will go wrong for the Roughriders this season, Fajardo is trying to stay positive. The offence is getting healthier up front but they’re now missing their top three running backs coming into this week’s game.

The Riders defence has giving up too many big plays over the last two weeks, and what is clearly lacking is that vaunted pass rush that was the talk of the CFL earlier in the season.

Hamilton comes in after a bye week with plenty of familiar faces looking to get back in the lineup, including Simoni Lawrence. The last time we saw Hamilton was a frustrating loss to Montreal, but the Tiger-Cats are hoping Dane Evans and the offence can rekindle the rhythm they had in that big win over Winnipeg two weeks ago.

The Jekyll and Hyde Tiger-Cats aren’t officially eliminated from the playoffs with a loss, but it certainly feels like a must win for the home side. 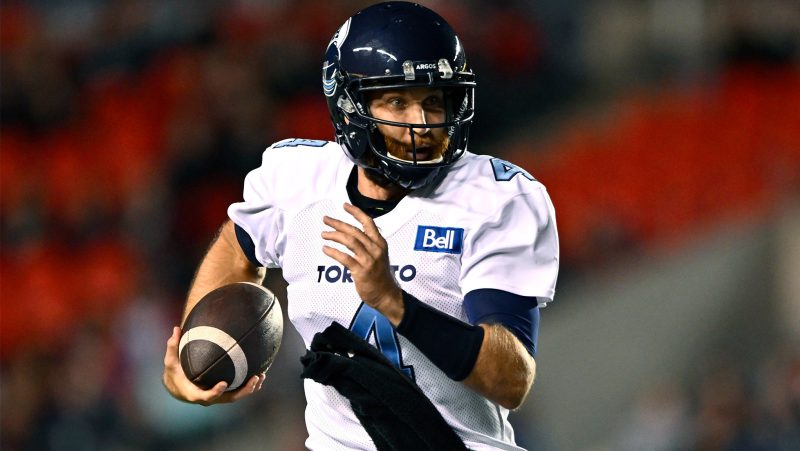 Last week was not a great showing from the Argonauts on the road in Calgary, only mustering two points. However, their opponent this week was held to 11 the previous week against a stingy Stampeders defence.

Vernon Adams Jr was good in his first showing with the Lions, not great in his second and then had another good game, albeit against the struggling REDBLACKS at BC Place. With Lucky Whitehead potentially joining Bryan Burnham on the injured list, it won’t help Adams to lose another playmaker from the offence.

Bethel-Thompson is one of the best quarterbacks in terms of being able to bounce back from lacklustre performances. The last time McLeod Bethel-Thompson was held below 200 yards passing he came out the next week and threw for over 300 against Winnipeg and the Argos could have (should have) won that game back in Week 4.

The biggest issue for Toronto is trying to establish a run game. It was a little better against Calgary, but they are the worst team in the league in terms of rushing the ball and being one dimensional will soon start to catch up to you. 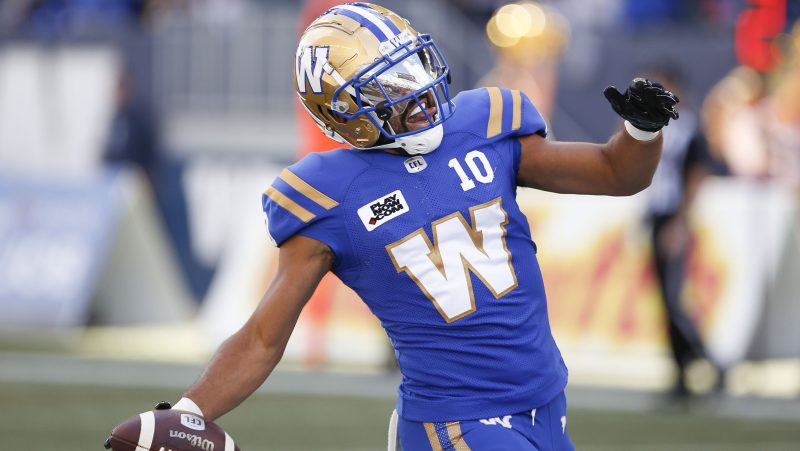 With a win, and a BC Lions loss, the Bombers can clinch first in the West Division (The Canadian Press)

Winnipeg is extremely close to clinching first place in the West and if I’m right with the previous pick, they’ll have the chance to do it at home on Saturday with a win over Edmonton.

I continue to like what I see from a developing Taylor Cornelius, as tough as that loss was at home last weekend, they against had the chance to win late in the game and the Elks have been a team that is in a lot more games recently than they were at the start of the season.

Winnipeg is a machine that continues to roll right along. Last week, the Roughriders pulled from 17-3 deficit to 17-13 and the Bombers offence only had eight net yards in the third quarter. I was wondering what was happening, if the Bombers are starting to lose a bit of that can’t stop/won’t stop attitude.

Then their next four offensive plays produced two touchdowns, and they pulled back to a comfortable fourth quarter lead and shut it down from there. Yeah, they’re not jogging it out to the finish line. 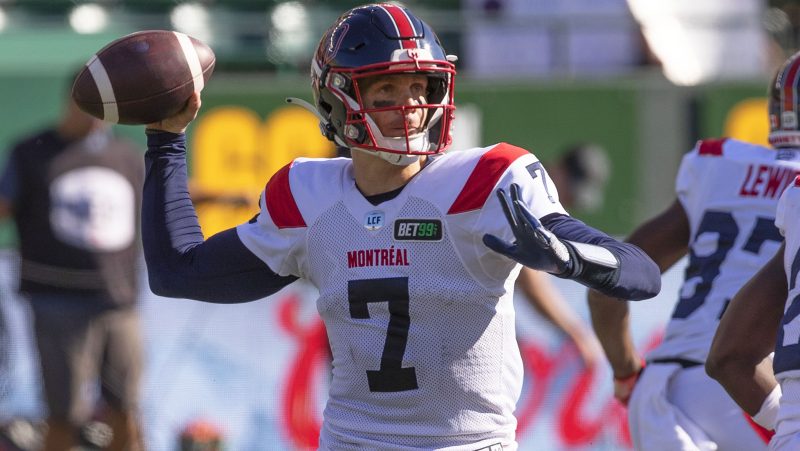 Trevor Harris and co. have won five of their last six contests (The Canadian Press)

The Montreal Alouettes are the hottest team in the CFL, with five wins in their last six games.

It’s fair to say the Danny Maciocia and defensive coordinator Noel Thorpe have found the respect of the room since starting 1-3 when they took over from Khari Jones earlier this season.

Now with a winning record under Maciocia, the Alouettes are rarely blowing teams out but they are finding ways to win in the fourth quarter (or overtime).

The defence has allowed under 20 points in their last six games, which they were only able to do once in their first eight of the season. The Alouettes have gone from a 2-6 team to a team still having a shot at hosting the Eastern Final.

The Ottawa REDBLACKS come into the game with Bob Dyce taking over as head coach and as of right now, he’s still not sure who will be the playcaller on Monday. He’s done it before but he’s also the special teams coordinator, so it’ll be interesting to see how Ottawa gets organized this week.

And on top of all of that, the Alouettes could have William Stanback returning this week to run the ball.