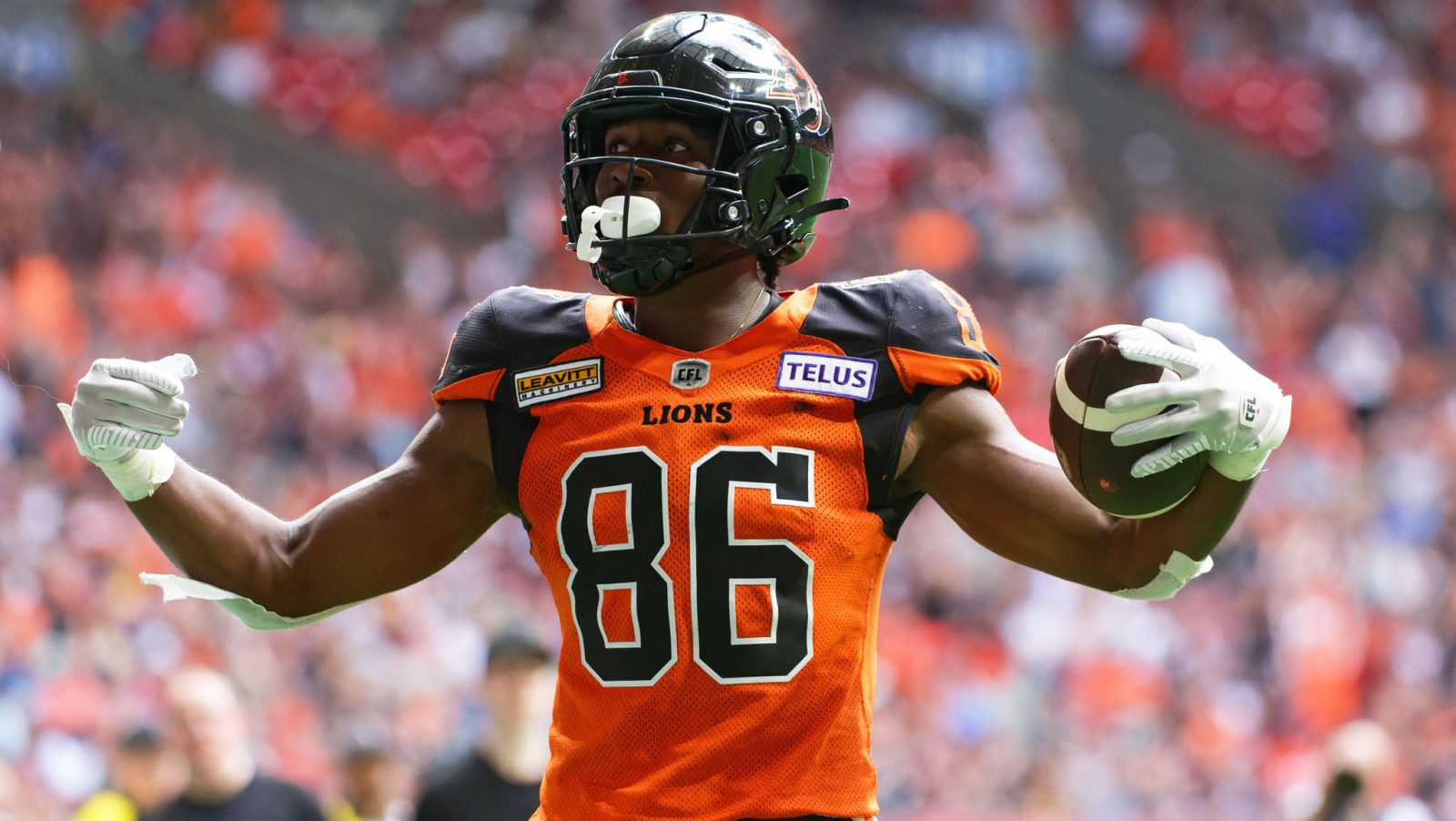 TORONTO — Just like with the on-field action, the CFL.ca writers’ picks are shaping up for a furious regular season finish.

Matt Cauz is at the front of the pack as we enter Week 19, being right twice as often as he’s been wrong, with a 46-23 record. Both Jim Morris and Pat Steinberg, at 43-26, could gain some ground on Cauz this week, but won’t be able to jump in front of him.

Just behind those three sits an interesting race in progress. Kristina Costabile is sitting at 41-28, with Chris O’Leary at 40-29 and Jamie Nye at 39-30. Nye’s picks this week suggest he’s not afraid to roll the dice to try to make some gains in the standings. He’s the only writer to have taken both Edmonton and BC, sensing that the Elks’ at-home dryspell’s days could be numbered and that the Blue Bombers, having locked up the top spot in the West Division for the second year in a row, are expected to be shifting into rest-your-best mode in their final two games.

That could be part of the reason why we have no unanimous picks this week. That also leaves room for gains to be made in the five-person quest to unseat Cauz from the top spot.

Let’s dive into this week’s picks. 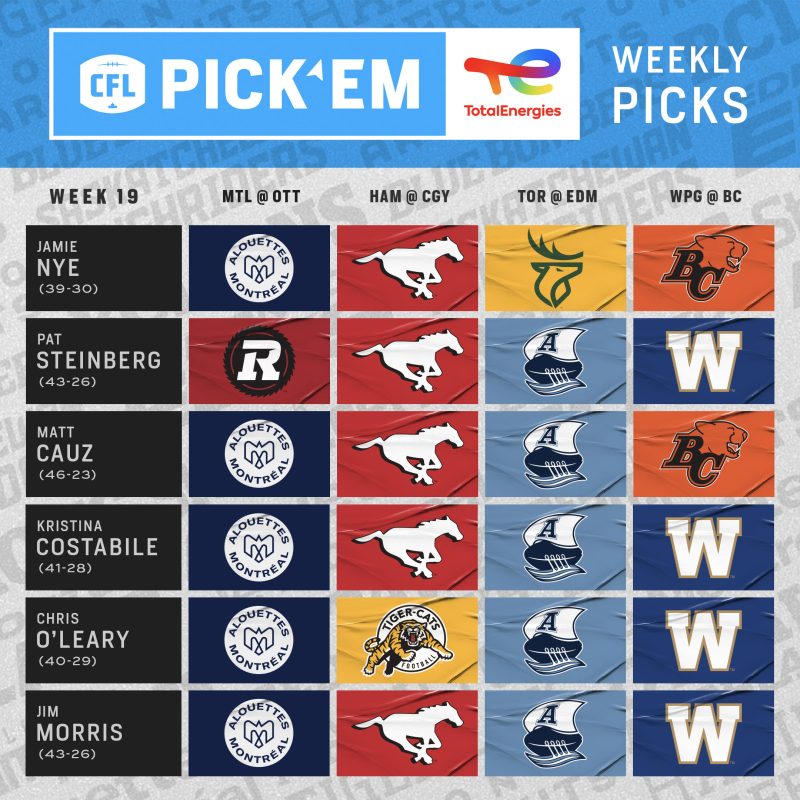 The Alouettes travel to TD Place this week to right the Thanksgiving Monday wrong they incurred against the REDBLACKS, who have now taken two straight wins from them. While Nick Arbuckle played well, short of finding the end zone on Monday, the consensus of those making picks is that the Als will pick up the pieces, lean on a turnover-creating defence and work to incorporate William Stanback back into the offence. A playoff berth is in sight for the Als and the feeling is that they won’t let it slip past them this time.

The Tiger-Cats head West looking for their first win streak of the season at a point where wins are a must for them in their playoff quest. The challenge doesn’t get much steeper than going into McMahon Stadium and trying to take down the Stampeders, who happen to be coming off of a bye week. The Ticats will need some offensive touchdowns to pick up win No. 6 on the season and they’ll be in tough to do that against a Stamps’ defence that seems to be improving by the week.

The Elks’ quest for their first at-home win of the season faces a stiff challenge this week. While Edmonton has been eliminated from the playoff conversation, the visiting Argos are very much a part of it and need a win to try to secure the top spot in the East Division. The Elks could surprise and steal this from the Argos — at least Jamie Nye thinks they can — but history and the Argos’ hunger to get that necessary win carry more weight with the majority of the people making picks, both with the writers and fans playing Pick ‘Em.

The Bombers have hit their regular season goal of finishing first in the West Division, so what do their final two games on the schedule look like? If 2021 is any indication, we’ll see a gradual scaling back of Bombers’ starters, something that TSN’s Dave Naylor suggested on Wednesday. Winnipeg’s lineup unpredictability has some steering away from them this week, going with a Lions team that needs wins to stay in front of the Stamps in their race for homefield advantage in the Western Semi-Final. For now, the majority sticks with the two-time defending champs.