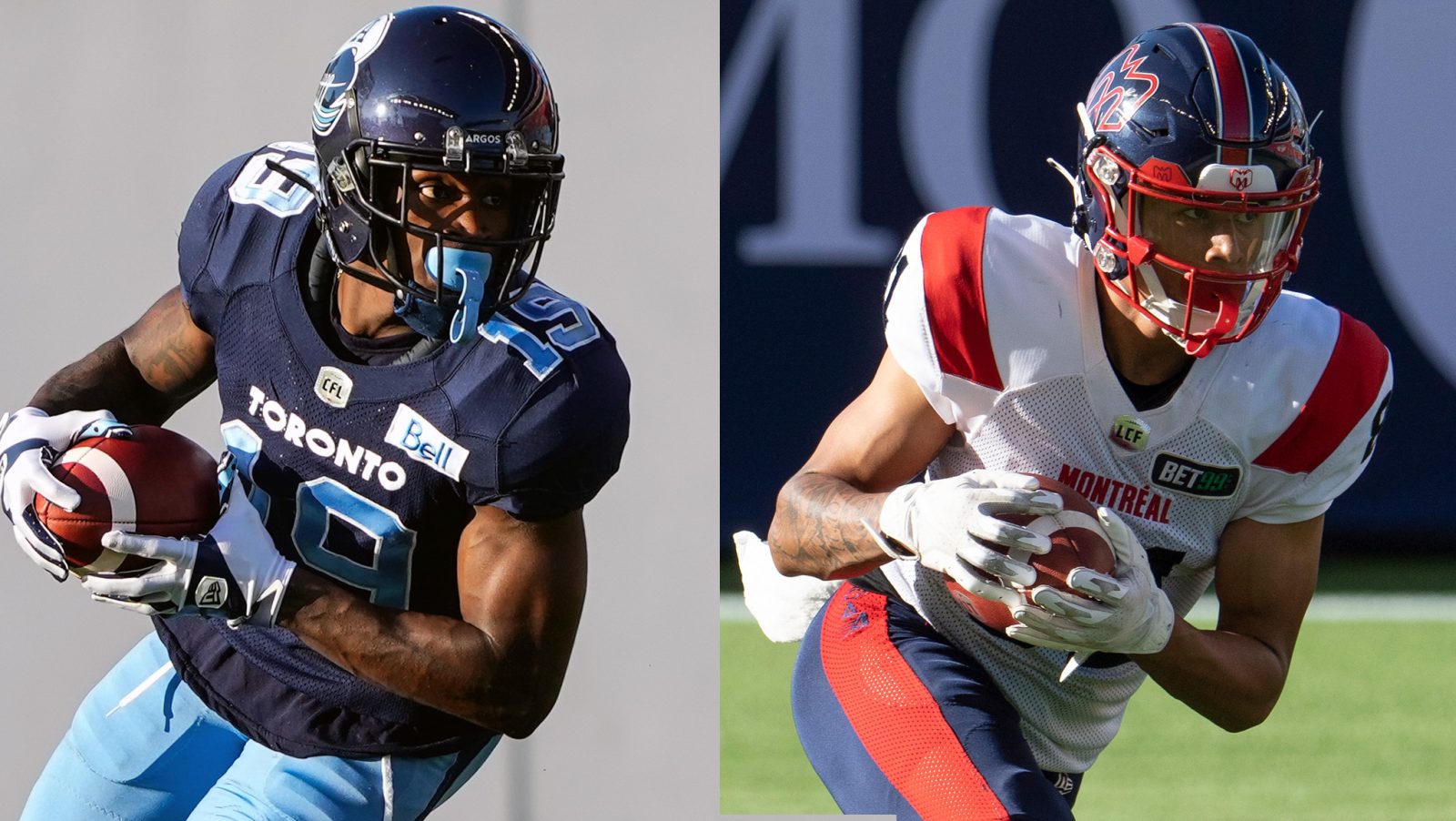 MONTREAL — The Toronto Argonauts have an opportunity to secure themselves as the top seed in the East Division as they prepare to take on the Montreal Alouettes.

With a win from Percival Molson Stadium on Saturday the Argonauts would clinch first place in the division and earn the right to host the Eastern Final on November 13 at BMO Field.

The Alouettes clinched their spot in the post-season with a win over the Ottawa REDBLACKS in Week 19, but with a sweep of the Argos to close out the regular season, the Alouettes could supplant Toronto and capture first place in the division.

Saturday will be the first game of a home-and-home between the division rivals over the final two games of regular season, It will mark the first meeting between Montreal and Toronto since Week 2, a game which saw Toronto escape with a 20-19 win following a missed field goal.

However, much has changed since the start of the season, the Toronto passing attack has emerged as one of the best units in the league, led by McLeod Bethel-Thompson who currently leads the league with 4,491 passing yards. Over his last six games Bethel-Thompson has thrown for 1,727 yards, while completing eight touchdown passes to six different Toronto receivers.

The trio of Kurleigh Gittens Jr., DaVaris Daniels and Markeith Ambles have proved to be integral to the success of the Toronto passing offence this season. The three receivers have combined for 12 of their quarterbacks 21 passing touchdowns this season and each rank among the league’s top 20 in receiving yards.

Gittens continues to enjoy what has been a breakout season, leading the way for the group of Argos playmakers. The third-year Canadian has accumulated 984 receiving yards on 74 receptions. The Toronto pass-catcher has also proven equally effective when given space in the open field, Gittens leads all CFL receivers with 425 yards after the catch this season and is averaging 13.3 yards per catch.

Toronto running back AJ Ouellette helped lead the Argos to victory in Week 19 as he put together one of his most impressive performances of the season. Ouellette carried the ball nine times for 91 yards in the game, including a game-winning 25-yard touchdown run with little time remaining.

The third-year back has also shown to provide a reliable set of hands for Bethel-Thompson to target out of the backfield. Ouellette has caught 35 of his 43 targets this season, turning upfield for 319 yards, while reeling in a touchdown reception for the Argos in Week 16.

After giving up 20 points in the first half of their Week 19 matchup against the Edmonton Elks, the Toronto defence showed their ability to battle through adversity as they held the Elks offence to just one touchdown in the second half.

Limiting their opponents’ chances to score points is something the Argos have excelled at this season, especially when called on to defend their own goal line. Of the 39 times they have defended their own end, they have surrendered just 18 touchdowns in the red zone this season.

Defensive prowess and ability to create pressure situations for Montreal quarterback Trevor Harris will be critical on Saturday. The Als have scored the most points of any East Division team and currently rank fourth league-wide averaging 22.4 points per game.

With key defensive contributors Shane Ray and Wynton McManis sidelined due to injury, Toronto’s Ja’Gared Davis and Shawn Oakman have been relied on to create chaos in the Montreal backfield. The pair of defensive lineman have combined for three sacks over their last two games.

The Toronto secondary has been one of the most aggressive in the league this season and lead the league with an eye-catching 26 interceptions in 2022. However, they will be facing one of the league’s most efficient passers in Montreal’s Harris.

The Alouettes pivot is second among active starting quarterbacks with a 71.3 completion percentage, and has proven to be one of the most effective quarterbacks at taking care of the football. Harris’ 11 interceptions are the second fewest among starters, trailing only Calgary’s Jake Maier.

Harris has at least one touchdown pass over his last seven consecutive games, and has thrown 118 passing attempts without and interception. The last team to intercept Harris was the BC Lions who did so in Week 14 and of his 11 interceptions this season, only two have come against East Division opponents.

While the likes of Eugene Lewis have been a consistency in the Alouettes passing attack, rookie receiver Tyson Philpot has emerged as a viable threat over his last two games. In the team’s Week 19 over Ottawa, the Als 2022 first-round pick led the team in targets and yards, reeling in seven of his 10 attempts for 76 yards in the game.

Running back William Stanback has been steadily improving since his return from injury. He rushed nine times for 34 yards and a touchdown against the REDBLACKS and will look to exploit an Argos defensive front that allows an average of 100.6 rushing yards per game.

While Stanback took the bulk of the carries on the ground, Walter Fletcher played a complimentary role in the Als offensive attack as he rushed for 30 yards on four carries. Fletcher has also proven to be an effective receiving back for his team, catching four passes for 60 yards, including a 40-yard touchdown score in Week 19.

Collectively, the Als defence has forced 32 turnovers through 19 weeks of play and are facing an Argos team that has turned the ball over 35 times on offence. In addition to their 32 takeaways this season, the Als have scored four defensive touchdowns on the season, trialing only the Calgary Stampeders and the Argos.

Montreal defensive back Adarius Pickett told team media that the defence knows what the Argos passing unit is capable of, and their priority is to force Toronto into a one-dimension attack.

“We’re just preparing for their offence,” Pickett told MontrealAlouettes.com. “Bethel-Thompson does spread the ball around well to all his receivers. We just need to understand what they want to get accomplished. Their running back has stepped in and replaced Andrew Harris, and he’s done a pretty good job the last two games. We need to make sure we can stop the run first and make them a one-dimensional football team, but Bethel-Thompson is having a good season.”

Kickoff from Montreal is scheduled for 4:00 p.m. ET and can be seen on TSN, RDS, ESPN+ and followed on CFL.ca’s Game Tracker.