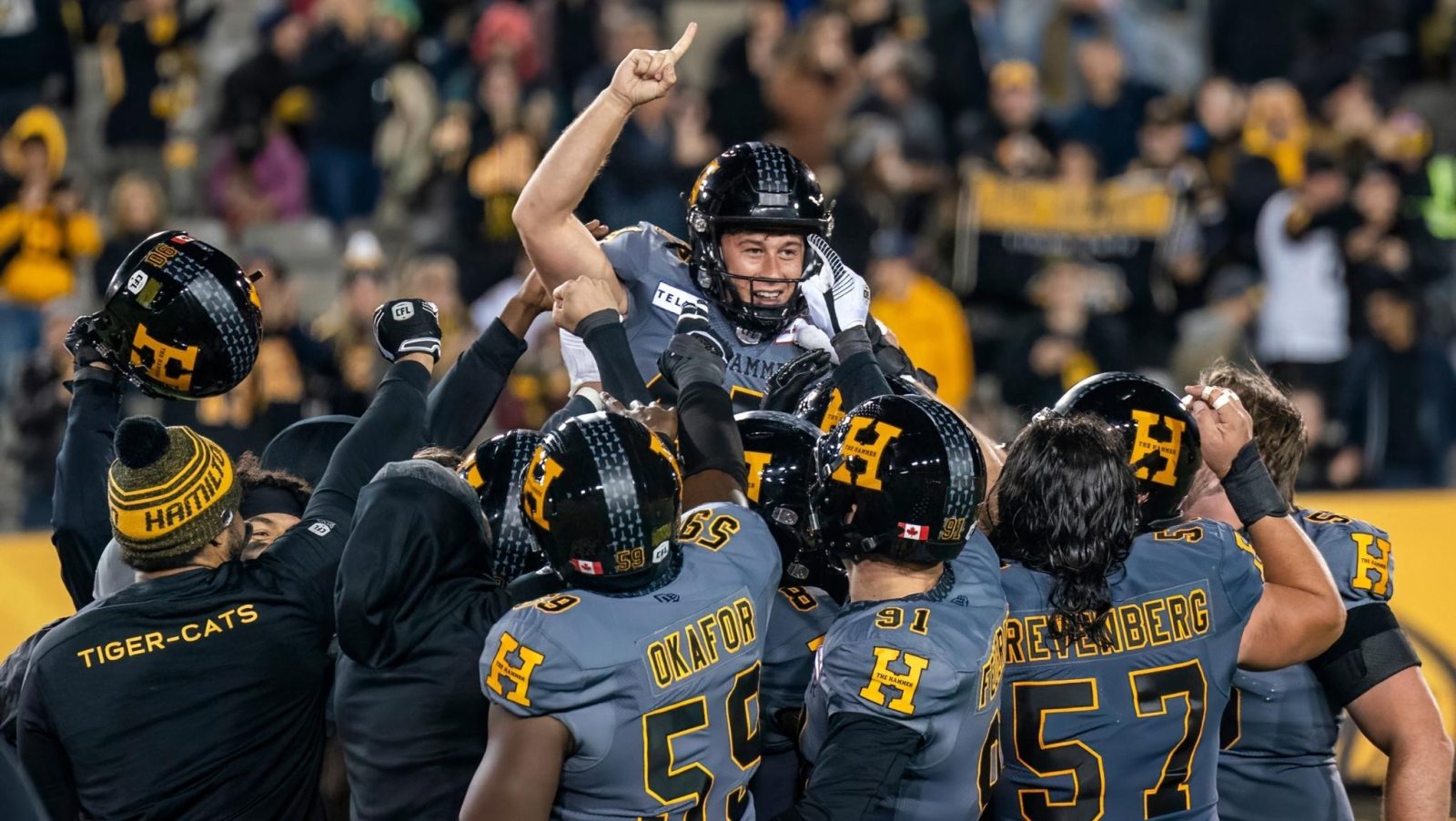 HAMILTON — The Hamilton Tiger-Cats took down the Ottawa REDBLACKS 30-27 in a windy affair, putting them one step closer to securing a playoff spot.

After a Dane Evans injury late in the game, Matthew Shiltz led Hamilton down the field in under two minutes to set up Seth Small‘s 30-yard field goal to win the game.

Running back Sean Thomas Erlington lead the Ticats as he rushed for 104 yards on 13 carries in the game.

Ottawa was led by Nick Arbuckle, who completed 70.4 percent of his throws for 166 yards and Caleb Evans rushed for two majors, breaking the single-season rushing touchdown record for a quarterback.

With the loss, the REDBLACKS were eliminated from playoff contention.

After trading punts on four drives, a short Richie Leone kick set up the Tiger-Cats deep in Ottawa territory, Small opened the scoring with a 37-yard field goal.

Later in the quarter, Hamilton extended their lead after Evans found the end zone on a third and goal quarterback sneak to cap off an eight-play drive.

After switching ends to get the prevailing wind at their backs, Ottawa marched down the field with two big runs by Jackson Bennett before Caleb Evans plunged in for the major.

On the following possession, Ottawa’s Brandin Dandridge stripped the ball from Steven Dunbar Jr. and return it 51 yards to give the REDBLACKS their first lead of the night.

Arbuckle and the Ottawa offence continued to find the end zone in the second quarter with both RJ Harris and Siaosi Mariner contributing on the drive before Evans became the sole owner of the CFL’s quarterback rushing touchdown record with his second of the night.

Hamilton showed some signs of life prior to the end of the half, as Small hit his second field goal of the night, this time from 23 yards out.

In the windy affair, 31 out of the 34 first-half points were scored while the team had the breeze at their back.

Late in the third quarter, Hamilton’s drive was cut short as Monshadrik Hunter intercepted Evans’ pass, but the Micah Johnson lead Ticat defence forced a two-and-out giving their offence another chance with the strong wind. On the ensuing drive, Hamilton cut into Ottawa’s lead with Small’s third field goal of the night.

The Tiger-Cat defence stepped up and got the ball back for their offence once more as Cedric Wilcots II got the strip sack on Arbuckle. After a 28-yard catch by Anthony Johnson, Evans punched in his second rushing touchdown of the game, pushing Hamilton back in front.

Tyler Ternowski then hauled in the two-point convert.

Lewis Ward and Small traded field goals in the final frame leaving Hamilton with under two minutes to drive for the win and prevent overtime.

On the final drive, Shiltz had a 25-yard run and threw a 20-yard pass to Tim White to set up Small’s game-winning field goal.

Hamilton can now clinch a playoff spot with either a Saksatchewan loss, or a win in their season finale. Next week the Tiger-Cats and REDBLACKS will have a rematch in Ottawa to close out their regular seasons.