Lions lean on defence, Butler in win over Elks 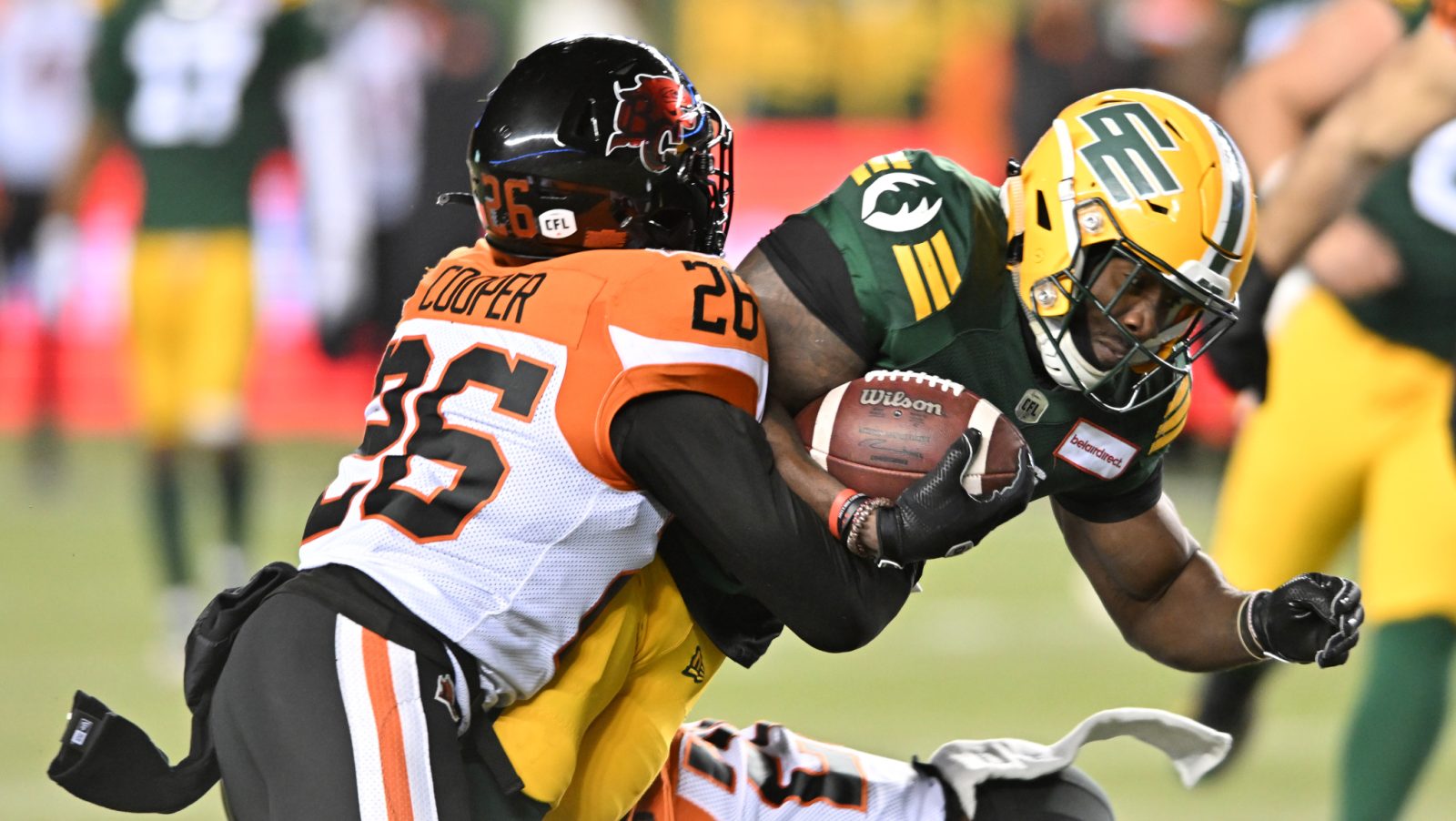 Lions lean on defence, Butler in win over Elks

EDMONTON — With second place in the West Division and a home playoff game on the line Friday night, the BC Lions showed up on both sides of the football to down the Edmonton Elks 31-14.

“I’m proud we’re getting a home playoff game,” Campbell told AM730 post-game. “We play in a really good division with a lot of good teams. I’m proud that we stuck with it.”

Campbell pointed to the play of James Butler and the defence as being keys to the victory. Butler rushed 24 times for 141 yards, while Marcus Sayles picked off a pair of passes and Jordan Williams forced two fumbles.

“Butler was fun to watch the way he broke tackles and the yards after contact,” Campbell said. “Their quarterback can really run and I was happy with the way our defence stepped up and got stops when we needed them.”

RELATED
» Box Score: Lions, Elks by the numbers
» Through the Lens: BC at Edmonton
» Watch: Interception late in first half leads to Pipkin TD
» Lions lock down second in West Division with win over Elks

Vernon Adams Jr., who threw for 211 yards and a touchdown, echoed Campbell’s sentiment about Butler.

“Butler and the 0ffensive line, they’re special, all of them,” Adams Jr. said. “When they’re going and we get the pass game going, we’re a scary team.”

With their playoff positioning now decided, Adams Jr. wants to continue to improve heading into the final week of the season.

“Personally, I want to finish better,” he said. “I came here to help this team get some wins and get in the playoffs. Now that this part is done, we have to keep getting better.”

The Lions close out the regular season with a trip to Winnipeg to take on the Blue Bombers next Friday night.