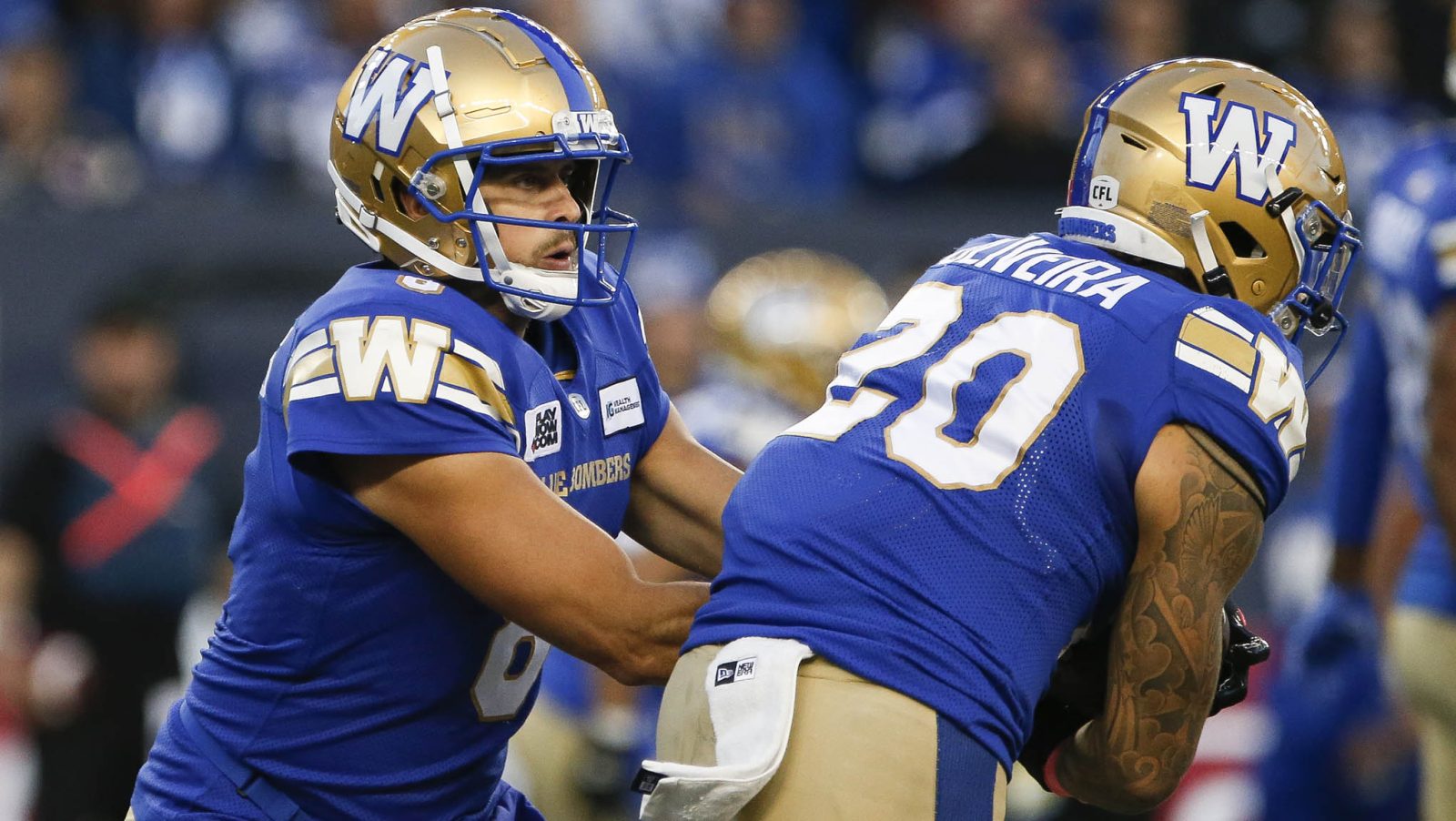 TORONTO — For the first time since 1996, per Steve Daniel, the CFL’s senior director of game information and statistics, the playoff picture has come together with a full week to spare.

That leaves all eight teams playing this week in interesting spots. They all have a chance to rest or preserve their top players and to let those with bumps and bruises take some time to heal up to be ready for a playoff season that somehow — we could swear it was Labour Day just a couple of weeks ago — is upon us.

This timely finish coincides perfectly with CFL.ca’s final Power Rankings of the 2022 season. The Winnipeg Blue Bombers didn’t run the table in the standings, but they did it around these pixilated parts, holding the No. 1 spot from opening week right through to today’s update. It’s no surprise that however the Bombers’ regular season finale plays out this week, they will go into the Western Final at IG Field as the favourites to win and to play for their third consecutive Grey Cup. The teams behind them, all the way from No. 2 to No. 6, think differently and will set out to disrupt some Canadian football history in the making.

Here are our final rankings for 2022, based off of a highly dramatic and productive Week 20.

Last week we talked about the Riders having to sit through an ill-timed bye week, with their playoff fate out of their hands and up in the air. The Bombers, meanwhile, may be coming out of the best possibly timed bye week for them. They rested this past week while the rest of the league fought for playoff positioning. Head coach Mike O’Shea has the option of resting key players or using them just lightly enough to keep them sharp. With the Lions visiting on Friday, there’s the possibility of getting a look at Nathan Rourke and a potential opponent in the Western Final on Nov. 13. Their dominant regular season has the Bombers in a very good spot at this time of year.

The Lions won comfortably in Edmonton to lock up that coveted home playoff game at BC Place (who’s complaining about an indoor football game in November?). This team heads into a very interesting week that’s centered around risk and reward. There’s perhaps some risk in rolling out Nathan Rourke, if that’s what head coach Rick Campbell opts to do for the regular season finale, but the reward — getting the QB that lit the league on fire to start the season back on the field — is tantalizing to everyone from head coach to an armchair QB thousands of kilometres away.

The Stamps’ playoff trip to Vancouver was set in stone before they took the field on Saturday against the Riders, but they still picked up the win and exacted some revenge against the team that ended their season in last year’s Western Semi-Final. Now, the focus shifts to the Lions for this year’s Western Semi, which could provide a big test for Jake Maier as he leads the Stamps into the playoffs for the first time as the team’s starter.

Some — Alouettes fans in particular — won’t be happy with the Argos winning their game on Saturday and the East Division on a rouge. The Argos, who have felt that same singular-point sting in the not-too-distant past, aren’t a part of that group. However they crossed the finish line this season, the Argos have secured first in the East with a game to spare. Given their early season inconsistencies, that’s a big win for this group, as it gets ready to host its second straight Eastern Final. Redemption for letting the second half of that game get away from them is finally within their grasp.

Were it not for a quirk of Canadian football and a too-many-men call, we could be talking about a Week 21 one-game showdown for the East Division crown. It’s a heartbreaking result for the Alouettes, who will now have to play three post-season games if they’re to win the Grey Cup this year. Still, there are plenty of positives to gleam from that loss. The Als held a fourth-quarter lead in a playoff-like atmosphere against the Argos and for the second time this season, went down to the wire with them. Should they meet again in the Eastern Final at BMO Field, we’re very likely in for a battle of a game with a trip to the Grey Cup on the line.

What to call this Hamilton Tiger-Cats team? The Turntable Tabbies? The Comeback Cats? Riding a season-best three-game win streak, the Ticats have gotten to the post-season via three consecutive comeback wins. It’s been a turbulent, angsty ride for the Ticats and their fans this season, but the playoffs are finally, somewhat incredibly upon them. It’s felt like an uphill battle for them all season and the fact that in the playoffs they get the last team that defeated them — Montreal topped Hamilton 23-16 in Week 16 — is perfectly scripted sports drama.

That 21-point second quarter really felt like a they-just-might-pull-this-off kind of moment for the REDBLACKS on Friday night. A team that felt like it had collapsed in the later stages of the season, the REDBLACKS showed some new life under interim head coach Bob Dyce. There may be no other team in the league that had its fortunes change more drastically from the start of the season to the end than Ottawa. The loss of Jeremiah Masoli remains a giant what-if for a club that seemed poised to jump up the East Division standings. There were encouraging signs over the last few games, but the REDBLACKS head into an off-season with plenty of change to contemplate again.

The Riders’ season came to an end in game No. 17, with Cody Fajardo demoted out of his starting job and Mason Fine attempting to keep the team’s season alive. A team that had Grey Cup aspirations this year misses the playoffs, with its uber-passionate fanbase set to host the 109th edition of the game on Nov. 20. Is that the personification of bittersweet? Rider Nation has under a month to stew in it before it hosts Canada’s football community for the last game of the 2022 season.

The Elks were the first team mathematically eliminated from the playoff hunt this year, but the rebuild was obvious in Alberta’s capital much sooner than that. As TSN’s Dustin Nielsen and Glen Suitor discussed in the wake of the Elks’ season finale, this is a team with intriguing pieces at quarterback and that showed promise in a number of games in 2022. When they take the field again in 2023, the patience for promise and close losses won’t be the same; some growth will have to take place. That starts with the team now being winless at home its last two seasons. That streak will have to rectified as the Elks have now missed the playoffs for the second straight year.