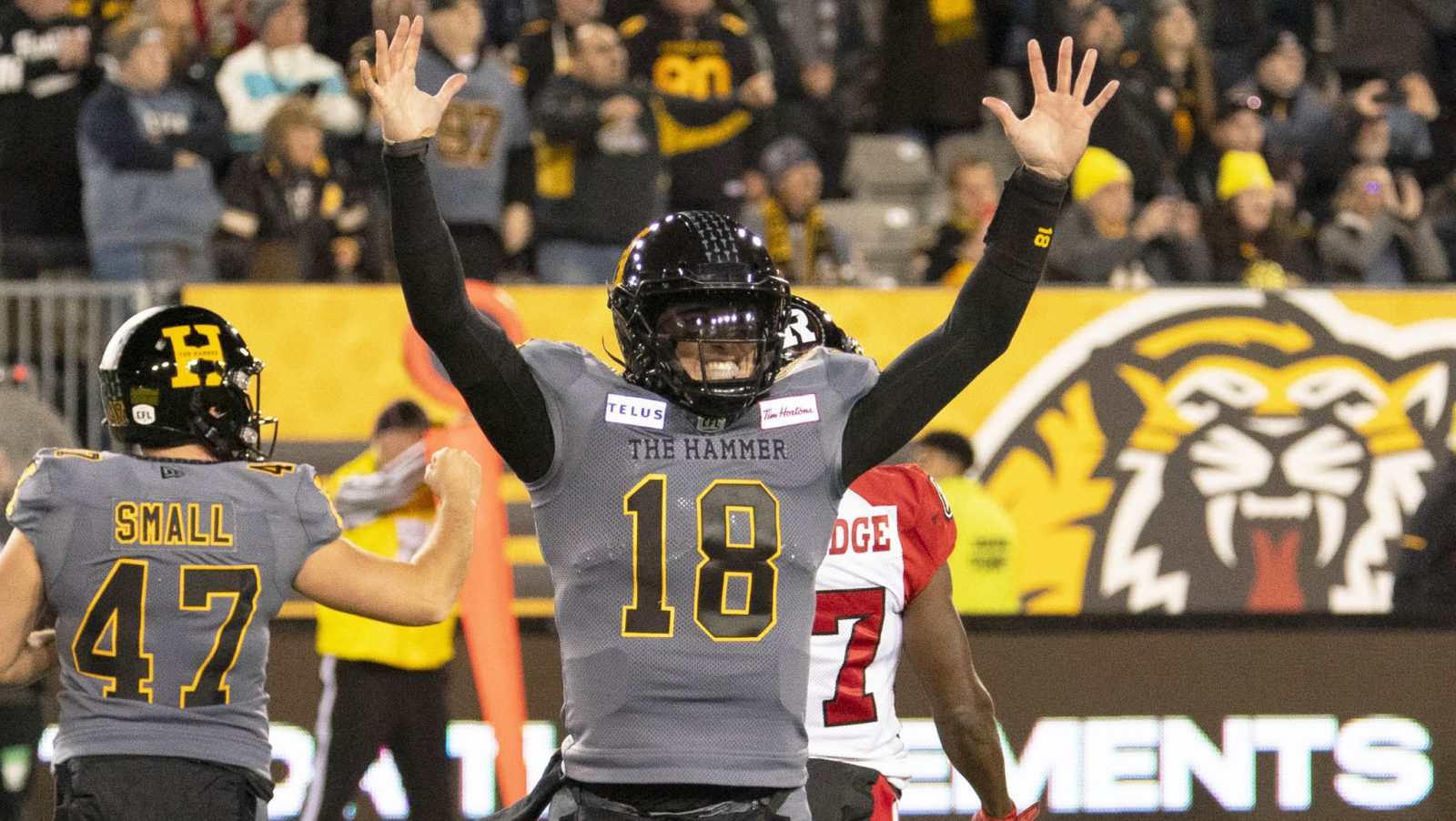 TORONTO — The drama and results came in Week 20, but in terms of picking winners, Week 21 of the CFL regular season may be the toughest on the schedule to navigate.

The playoff puzzle was solved and wrapped up tightly last week. The remaining four games on the schedule will be in the words of the perfectly mustachioed Ned Flanders, a really dilly of a pickle for anyone to try to work their way through. In the same vein, our thoughts go to anyone trying to assemble a fantasy roster this week.

Week 21 promises to be a rich tapestry of stars seeing limited action, or just simply sitting out. It will feature second and third-stringers, all in various amounts, as coaches try to find that balance of keeping their players fresh and protecting them for their coming playoff games. For teams like Ottawa and Saskatchewan that don’t have the playoffs in front of them, there’s an opportunity to evaluate for next season and for players to leave a lasting impression.

There’s also the possibility of something very interesting happening with the BC Lions this week. Let’s jump into the picks to discuss it. 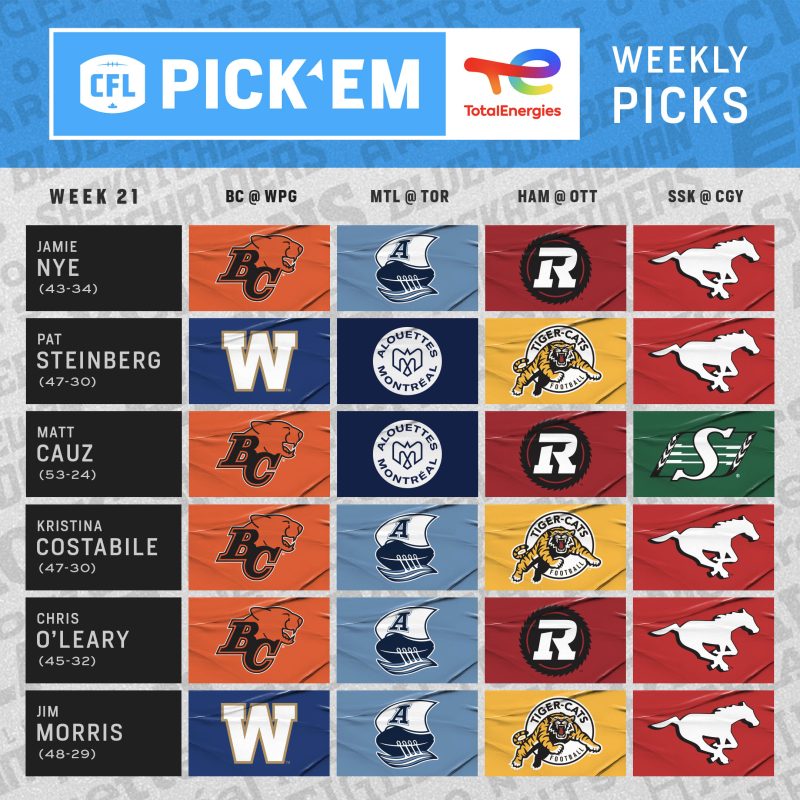 Fittingly, the most intriguing game on the schedule is the first one offered up to us this week. If Nathan Rourke is healthy enough to get on the field, a game that’s otherwise irrelevant to the standings takes on a ton of meaning. If Rourke could play even a half this week, it’s a great chance for him to test out the status of his foot, shake off some rust and for the Lions to determine if he could make an impact in next week’s Western Semi-Final against Calgary. The idea of Rourke playing, plus the notion of a lighter than normal Bombers squad, has the writers leaning to the Lions.

The Argos got the win they needed last week to lock up the top spot in the East Division. This week, we anticipate rosters that lean on backups, as each team will try to move into the playoffs as healthy as possible. This could open the door for Argos’ backup QB Chad Kelly, who has tantalized Argos fans all season. Could a win this week for the Als help them in the postseason? We can all agree it wouldn’t hurt them, right? It might help take the sting out of a pair of close losses to them in their prior meetings this year.

The Ticats put their three-game win streak on the line in the regular season finale against a REDBLACKS team that won’t be taking this meeting lightly. Winless at home in 2022, the REDBLACKS will want to give their fans something to go home happy about after a season that’s had its share of sad moments. Interim head coach Bob Dyce has gotten a lot out of his team since taking over in Week 18. Despite the expected resting rosters, those making picks aren’t as sold on that streak coming to an end this season.

The Roughriders wrap up a disappointing season — and Saturday’s triple header — with a stop in Calgary, where they’ll attempt to end their six-game losing streak. Cody Fajardo was demoted a week ago, so we could see more of Mason Fine at quarterback this week, while Calgary just might turn to short-yardage specialist Tommy Stevens for this end-of-season start. Whatever the cast of characters looks like on Saturday, not too many people making picks are expecting a different outcome than what we saw last week in Regina.