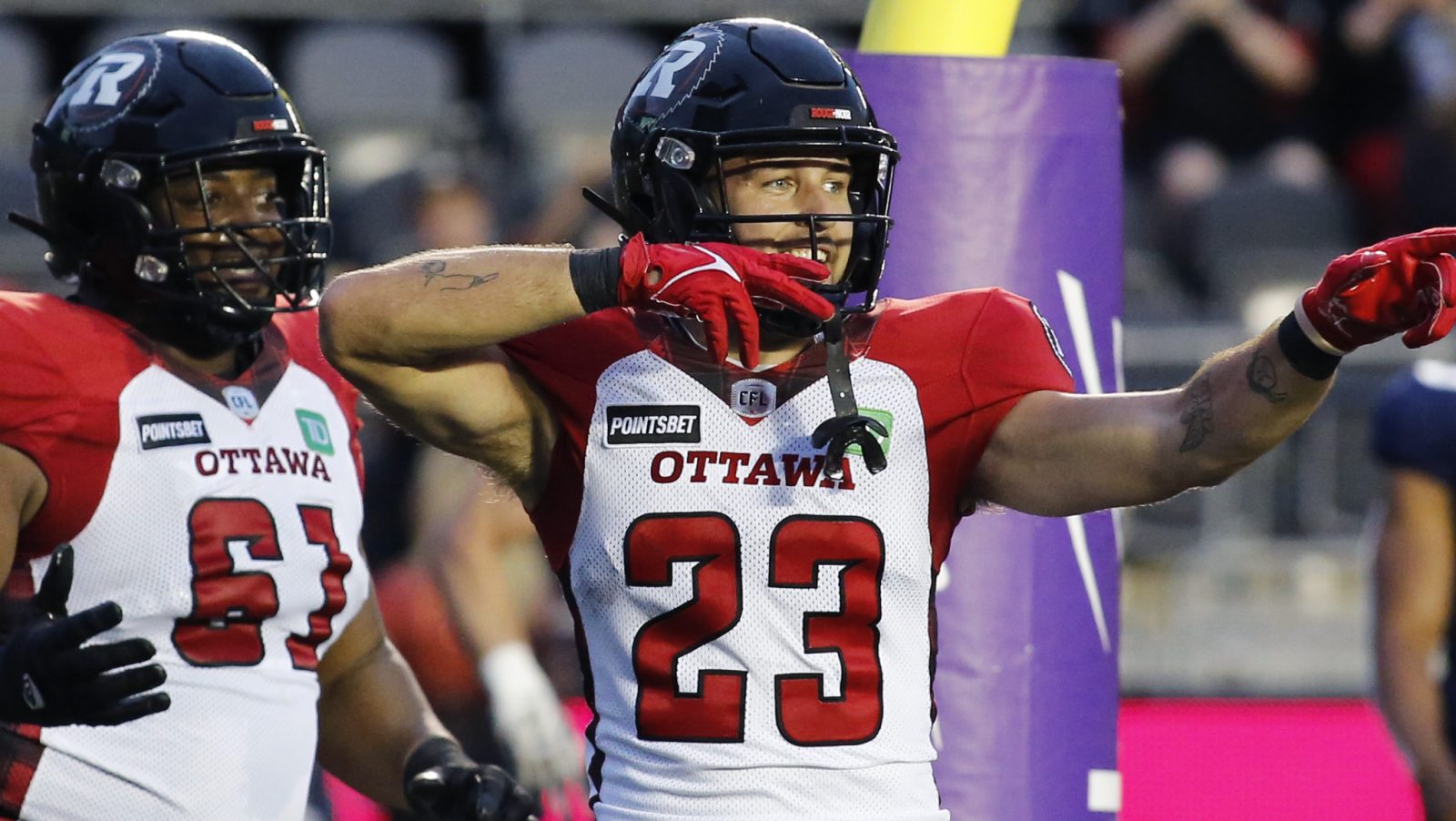 TORONTO — The Ottawa REDBLACKS and Hamilton Tiger-Cats have shared their final injury reports ahead of their meeting on Saturday at TD Place.

The REDBLACKS were without running back William Powell (shoulder), defensive backs Patrick Levels (ankle) and Abdul Kanneh (ankle) and receiver DeVonte Dedmon (quadricep) for the final day of practice and they have been ruled out ahead of Saturday. Defensive lineman Lorenzo Mauldin (shoulder) was also a non-participant in the final day of practice, but has been listed as questionable.

Receiver Jaelon Acklin (shoulder) was limited on Thursday after being a full participant for the last two days. Acklin has been ruled out for the team’s final game of the regular season.

In Hamilton, Tiger-Cats running back Don Jackson (wrist) and defensive lineman Micah Johnson (back) were both limited for a second consecutive practice and have been ruled out for Week 21.

Quarterback Dane Evans (thumb), running back Wes Hills (quadricep) and offensive lineman Brandon Kemp (healthy scratch) were full participants for the final day of practice and have no designation. While receiver Lemar Durant was limited on Thursday and is considered questionable to play.

Hamilton offensive lineman Chris Van Zeyl (hip) returned from the six-game injured list and was limited for a second day of practice. He has been ruled out ahead of Saturday’s game.