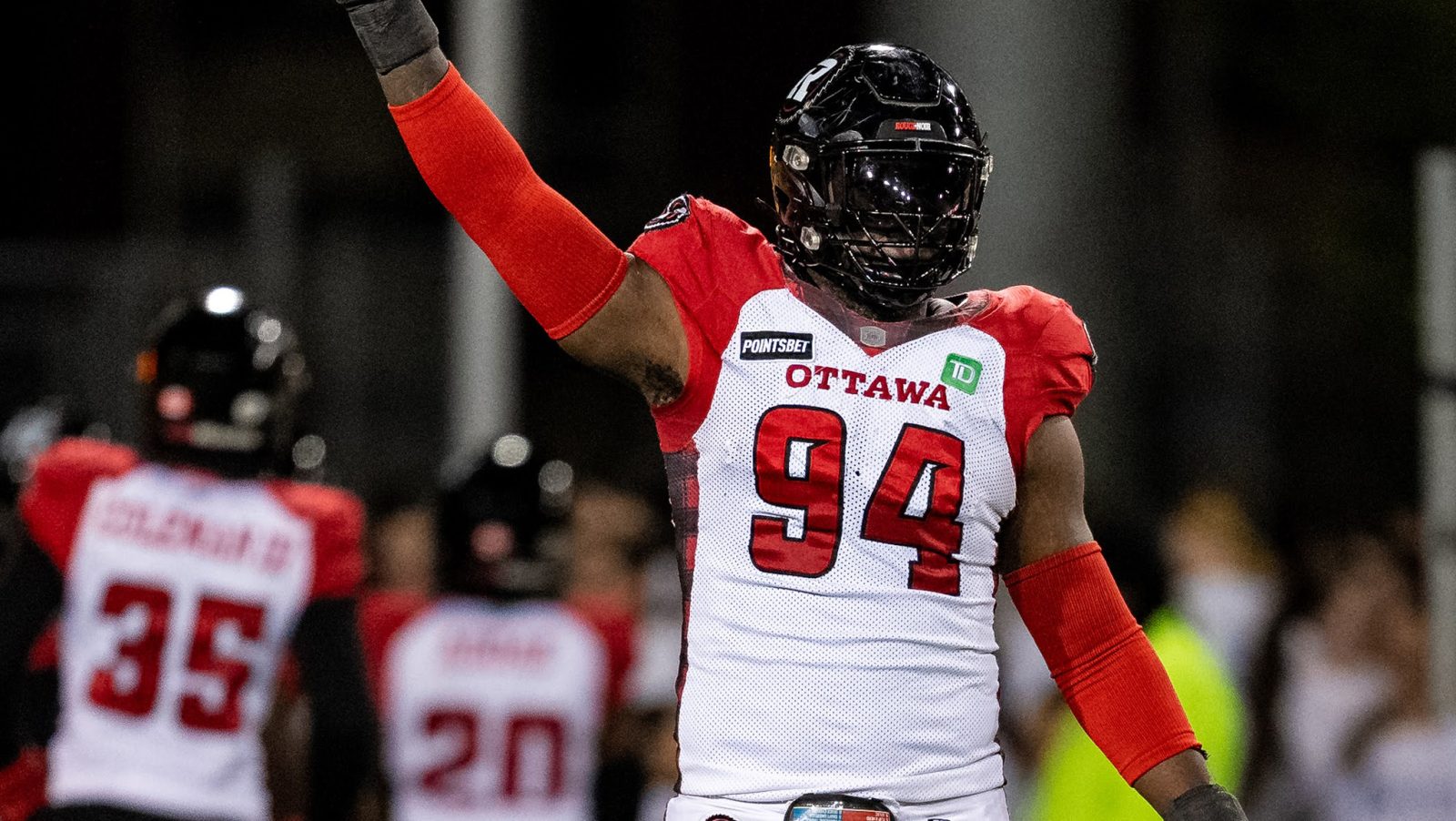 It’s flip a coin week in the CFL for the last regular season week.

Because we all know who is about to play who in the playoffs so some teams can rest some starters to get set for the post-season, while the Riders and the REDBLACKS can roll out some different players to give them a chance to show they deserve to return for 2023.

But also, what will the Grey Cup favourite Bombers do? Will they do the same script they did last year and have Zach Collaros play a few series in the finale after sitting him in their second to last game? And just how many starters does Mike O’Shea go with to keep them game ready but also try to avoid any unnecessary injuries before the Western Final. 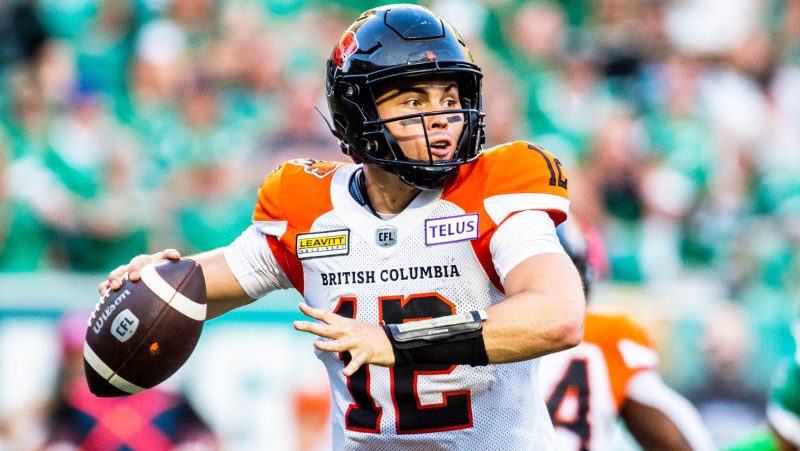 Will Nathan Rourke play in the last game of the regular season? (Matt Smith/CFL.ca)

And wouldn’t you know it, those top two questions will be answered on the same field on the final Friday night of the season as a send off to the 25th year of Friday Night Football on TSN.

I would expect we’ll see a lot more of the Lions offence with Vernon Adams Jr. only a few weeks in to being the starter and if Nathan Rourke actually plays, it won’t be for long. It’ll be more of a testing ground to see how his foot can hold up.

Rick Campbell can also use this week as a message to the team that this is the trip they will be on in two weeks to make it to the 109th Grey Cup. It’s a tune up for what they’ll need to do to prepare for the Western Final in Winnipeg.

Mike O’Shea, of course, could use similar motivation, although it also could be Calgary coming in. O’Shea went with rest over the potential for rust last year, while BC needs to iron a few things out and would love to send a message. 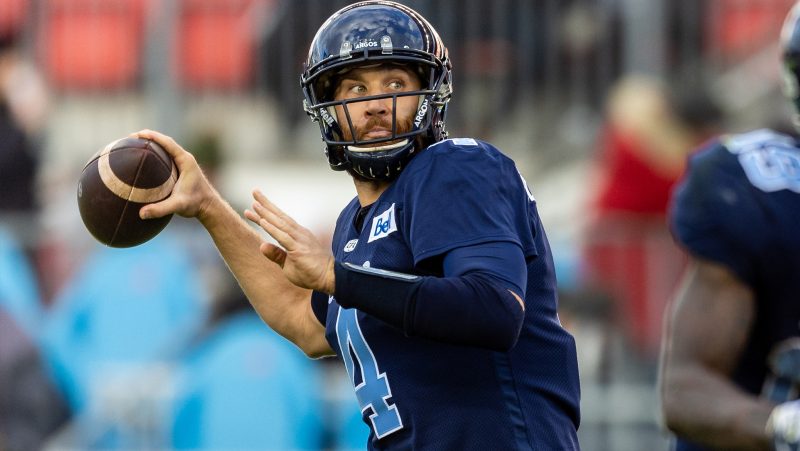 How much of MBT will Argos fans see at the final regular season home game on Saturday afternoon? (Christian Bender/CFL.ca)

Oh, what did I just write about the BC Lions using a road trip to the host of the Western Final as motivation? Same goes for the Montreal Alouettes, who must be quite ticked off that a rouge sunk their chances at getting first in the East Division.

But here we are. The Alouettes and Argos will most likely be resting a few people after a hard fought season to get to the top two spots in the East Division.

As we know, you can’t rest everybody with the limited roster space in the CFL. I’m also excited to see the potential of a big dose of Chad Kelly. The Argonauts backup had plenty of hype going into the season but McLeod Bethel-Thompson has gone wire to wire as the only quarterback who has been able to say that this season.

Dominique Davis will also likely get some work in as the more experienced CFL quarterback of the backups of these two teams.

I’ll give the edge to Toronto in this case, however. 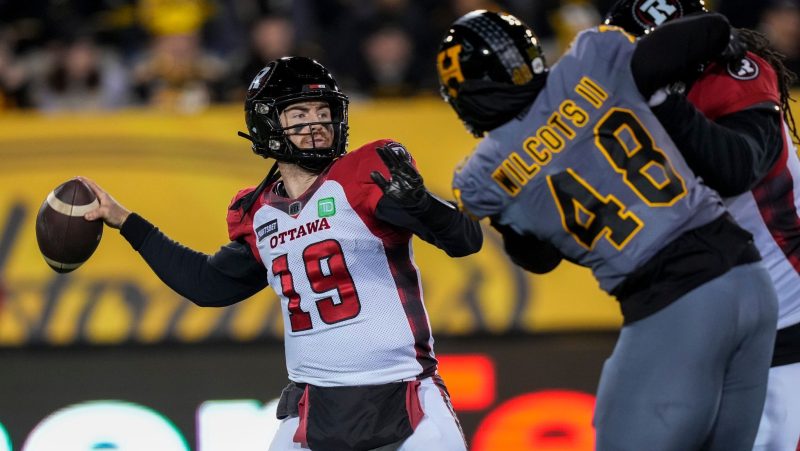 Will Nick Arbuckle and co. win the second half of the home-and-home with the Ticats in their season finale? (Kevin Sousa/CFL.ca)

We’ll be paying close attention to Dane Evans‘ status this week as Matthew Shiltz had to come in to charge the Tiger-Cats down the field for the game-winning field goal that helped Hamilton clinch a playoff spot thanks to the Riders loss.

Shiltz, of course, has taken considerable reps at quarterback this season so it won’t be too big a drop off from Evans to Shiltz. He also has a great ability to make plays with his own athleticism if things break down around him. And in games where a few more players are rotated in, that could pay off.

Ottawa showed last week that they’re fighting to the end. I don’t know what they’ll do rotation wise, but Arbuckle and Evans certainly can get the job done no matter what.

I really liked Ottawa’s fight at the end of the season, where they could have easily given up on each other. They haven’t and I don’t think they’ll do so this week. 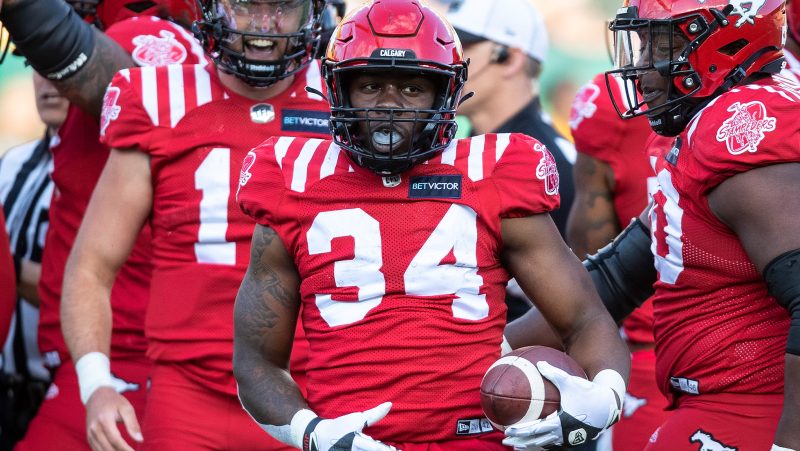 The Roughriders are the most curious team in the CFL. You wonder just what has gone on from a Grey Cup contender (or so we thought) when they were 4-1 to start to season, to a team out of the playoffs.

The move to Mason Fine to find one last spark to try and save the season didn’t pay off and we’ll never know if Cody Fajardo started the must-win game against Calgary last week if the story would have been any different.

The Stampeders ran all over Saskatchewan last week and if it’s a simplified game plan again this week, I imagine it might be a similar story as Dedrick Mills was the lead rusher over Ka’Deem Carey. Either way, they were dominant.

Will we see Maier, Mitchell or Stevens? Or all three? The Stampeders said all last week they weren’t good enough to be able to rest up going into the playoffs so it appears Dave Dickenson’s drive to improve will likely go another week to be fully ready for the BC Lions in the Western Semi-Final.