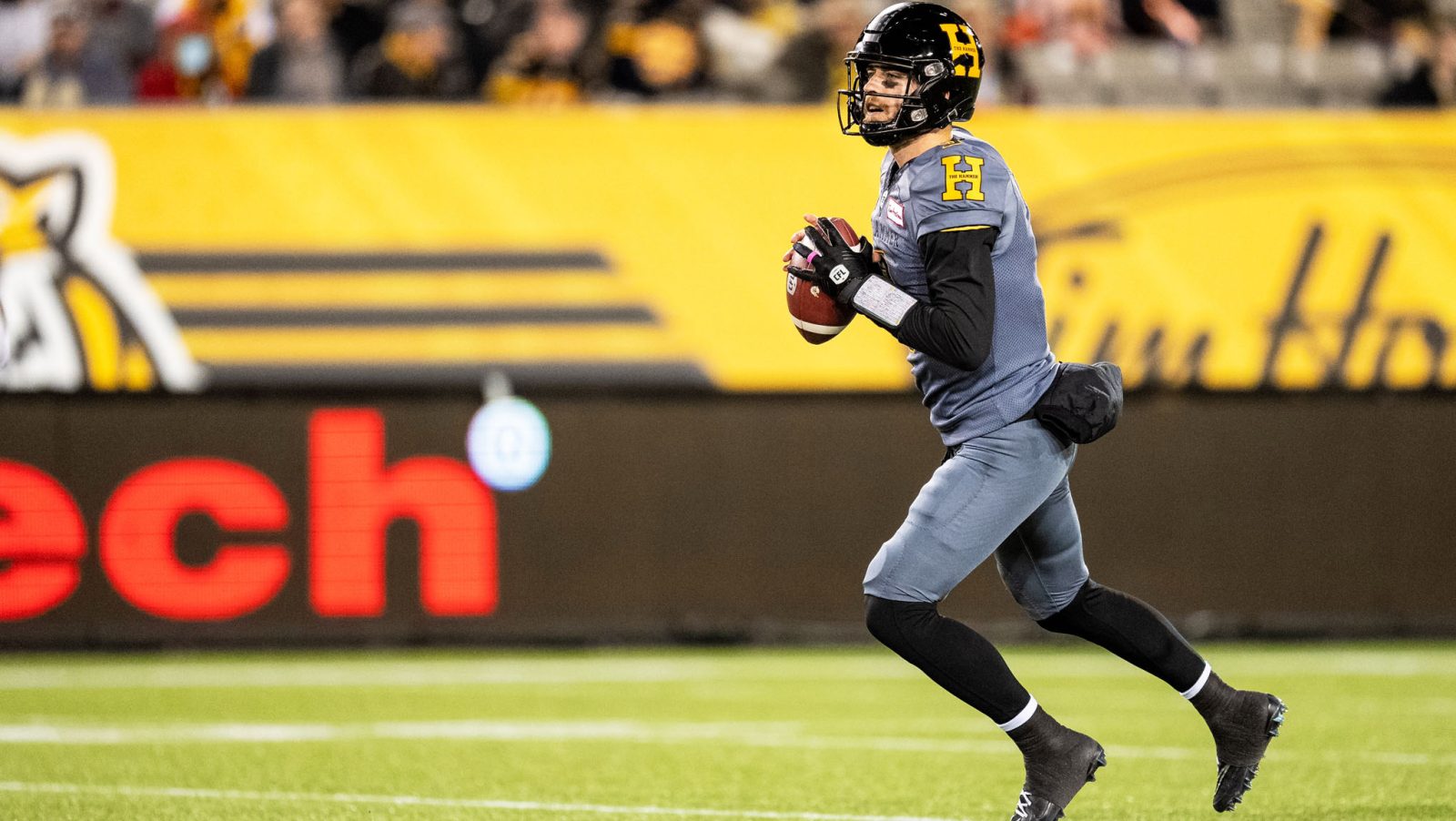 TORONTO — It’s a very standard and the most obvious question that comes to a football player — especially a quarterback — at this time of year.

When Dane Evans left last week’s game against the Ottawa REDBLACKS with a hand injury, everyone watching had their thoughts immediately jump to the bigger picture and his status for the coming playoffs.

The Hamilton Tiger-Cats’ pivot was unsurprisingly asked about his hand on Tuesday, when the team got back on the field. Evans provided what I called the best answer I’ve ever heard to an injury question.

“It’s attached to my body,” he told reporters. “I can move it and it feels fine.”

So, there we have it.

Hilarious answers aside, Evans represents the conundrum that eight coaches across the league face as they enter into this unique Week 21 slate of games.

Ticats’ head coach Orlondo Steinauer said on Tuesday that Evans is their guy and that he will see some time this week, when they travel to Ottawa to face the REDBLACKS. The team listed Evans on their Tuesday injury report as a full participant and said that his thumb was the issue.

Many might have assumed that with the third seed in the East secured and no chance of moving up any higher, that Steinauer might have rested Evans, saving him for next week’s Eastern Semi-Final against the Montreal Alouettes. There’s an opportunity for backup Matthew Shiltz — who has dealt with injuries this season as well — to get the start and carry the offensive load in Ottawa this week. It seems that he and Evans will get their share of work on Saturday.

In Winnipeg, Zach Collaros hasn’t seen action since Oct. 8. Head coach Mike O’Shea sat him after the team locked up the top spot in the West and the team went into a bye week after that. Collaros has taken first-team reps in practice with the Bombers this week and will likely see some time against the BC Lions on Friday.

Speaking of the Lions, they’ll roll out Nathan Rourke in Winnipeg, putting their star pivot under the microscope in the regular season finale. Rourke hasn’t seen the field since he was injured in Week 11 and underwent surgery for a lisfranc sprain in his foot. Lions head coach Rick Campbell told reporters on Tuesday that Rourke would see a quarter of action on Friday, which adds fuel to the speculation that the team could turn to him for their Western Semi-Final date with the Calgary Stampeders next week at BC Place.

Across the board this week, coaches will weigh all of those four Rs mentioned above: Rest, rust, risk and reward. It’s there for everyone at every position, offering to help or hinder teams a week from now when the games matter the most. We’ll all no doubt be watching closely as things unfold in Winnipeg on Friday night, where Collaros and Rourke could see each other again — albeit very briefly — for the first time since their Week 5 meeting when both teams were undefeated.

Here’s hoping for productive and healthy games for everyone on the field this week as we get ready to shift to playoff mode.