With a win over BC in Week 16, the Stampeders earned their spot in the post-season for a 17th consecutive season, marking the fourth longest post-season streak in league history.

Two of their three previous meetings this season were decided by two points or less, and there an abundance of similarities between the teams. Both the Lions and Stampeders boast cerebral quarterbacks who have proven their ability to make big-plays downfield, in addition to tough running games, tremendous offensive line play and aggressive defensive units. So, let’s take a look at who holds the edge.

2022 CFL PLAYOFFS
» Head to Head: Who has the edge in the Eastern Semi-Final?
» Stamps rush to win over Riders to close regular season
» Matchups Set: 109th Grey Cup playoffs ready for kickoff 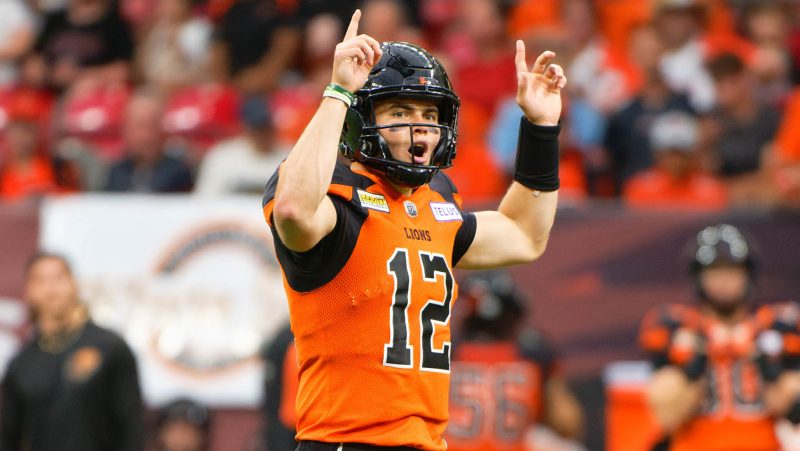 I like Jake Maier’s game and think he’ll be highly effective, but the Stampeders attack goes through their ground game for the most part right now. If Kid Canada looks anything like he did in the first half of the season then BC has the advantage.

The biggest question here is whether those pair of deep ball misses from Rourke in his Week 21 tune-up at Winnipeg were a sign of things to come or a simple recalibration in live reps. 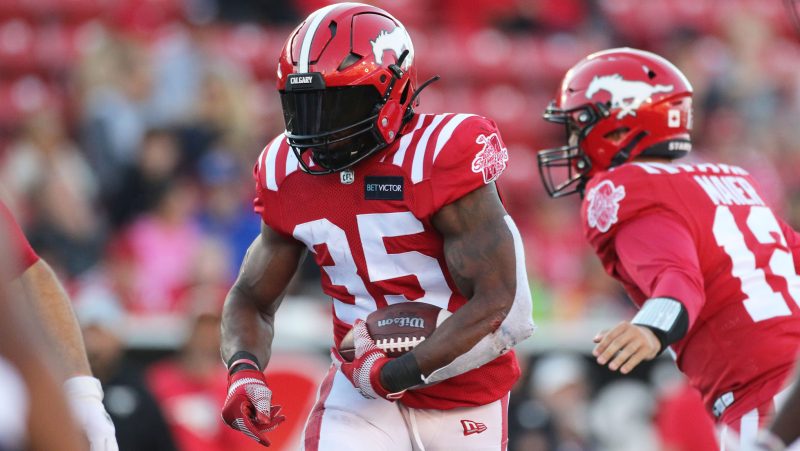 In a matchup between two best running backs this season this one is really difficult determine, with respect to Jamal Morrow and Frankie Hickson in Saskatchewan.

James Butler has an uncommon burst and will be sure to get some check down touches where he could make a big difference in the game. However, Ka’Deem Carey and Peyton Logan are difference makers at a position that is typically an afterthought in the pass-heavy CFL.

Calgary entered the final week of the regular season with 25 more rushing yards per game than BC and a ridiculous 6.0 yards per carry. Butler and fullback David Mackie will have their say, but BC’s travel plans to Winnipeg rest on Rourke, where Calgary’s largely depend on Carey. 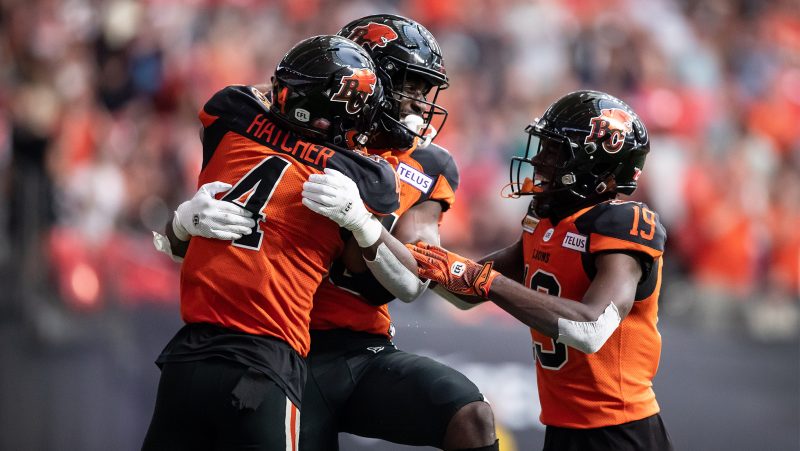 This is a total toss up for me. Not just because I respect both groups immensely, but with Rourke re-setting his rhythm I wonder how the Lions receivers will be affected.

For Calgary, Reggie Begelton’s average depth of target is way down this year and he’s being used as a bubble screen target consistently. Malik Henry has exploded onto the scene amidst Kamar Jorden’s mid-season struggles fighting the football.

If Rourke can get on the same page with his receivers in short order with home field advantage, you have to think they’re the better unit. Especially factoring in support from Keon Hatcher, Jacob Scarfone and Butler. However, Calgary’s Canadian contingent of Richie Sindani, Luther Hakunavanhu, Colton Hunchak, Jalen Philpot and Tyson Middlemost each have the ability to make a game-changing play. 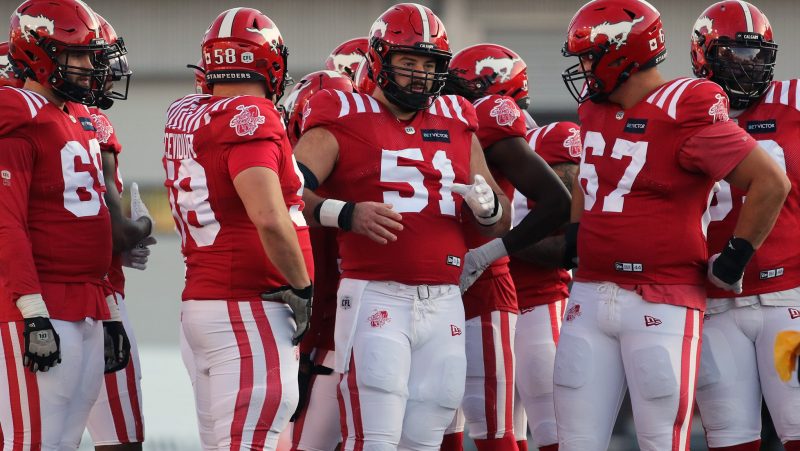 Even without Derek Dennis I believe Calgary’s line play holds the slight edge over BC. Which is quite the statement considering how far the Lions pass protection has come. A few short years ago I would have plainly called their unit eons behind Calgary.

Coach Pat DelMonaco has done a great job with the Sean McEwen led group and they will be the key to controlling game flow in a rowdy BC Place on Sunday. 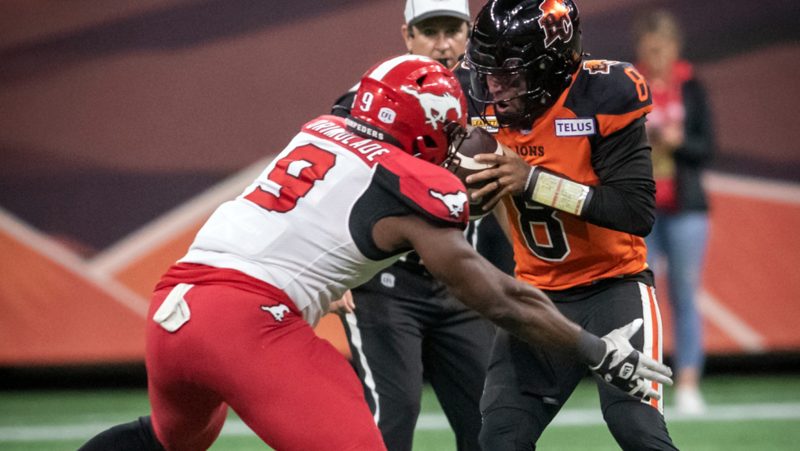 I love Obum Gwacham and the Canadian combo of Mathieu Betts and David Menard has been great this year, but that Stampeders front is arguably the best in the entire CFL right now.

Shawn Lemon has had a season to remember while Mike Rose, Derek Wiggan and Folarin Orimolade have all played their part in setting the tone.

With Rourke getting all the hype this week and tickets sales flowing in Vancouver, that fearsome front-four will be flying off the ball Sunday. 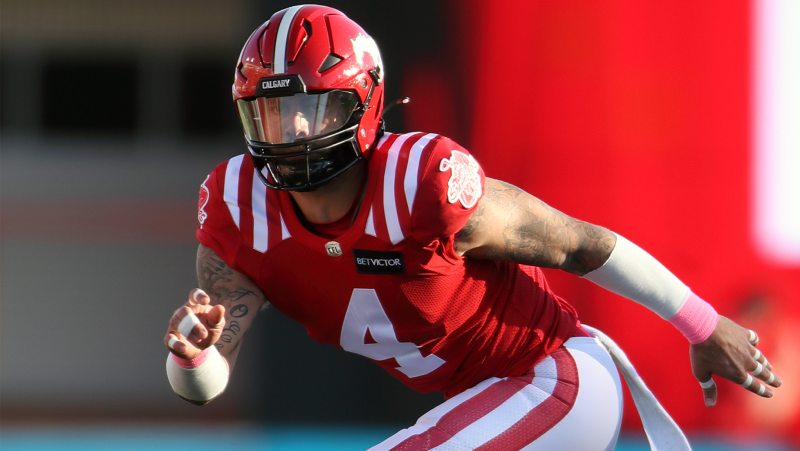 Cameron Judge was acquired in the offseason to give Calgary’s core a burst after losing Darnell Sankey to Saskatchewan. All he’s done is stuff the stat sheet with sacks, interceptions, forced fumbles and a league leading five fumble recoveries.

Jordan Williams has put together another special year for BC as the top overall pick from 2020 looks to be a long term home run. But given the variety of plays made and the knowledge possessed by Judge, he’ll likely be tasked with playing multiple roles to help stop Rourke on Sunday. Which has me giving the slight lean towards defensive coordinator Brent Monson’s group. Oh, also that guy named Jameer Thurman has looked pretty good alongside Judge. 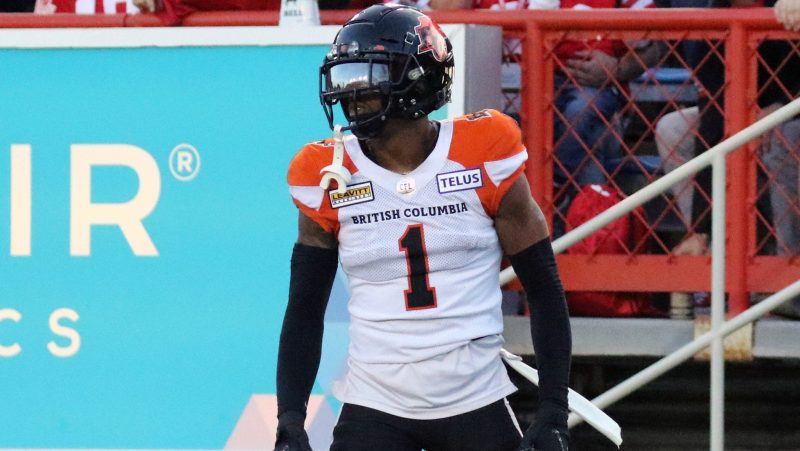 This BC secondary gets after the ball as well as any unit around the league.

Led by Garry Peters and his five interceptions, Marcus Sayles strengthens an already talented group who will be buzzing around the turf looking to make Maier pay for the smallest of poor decisions. Something defensive coordinator Ryan Phillips‘ group has so many times this season. 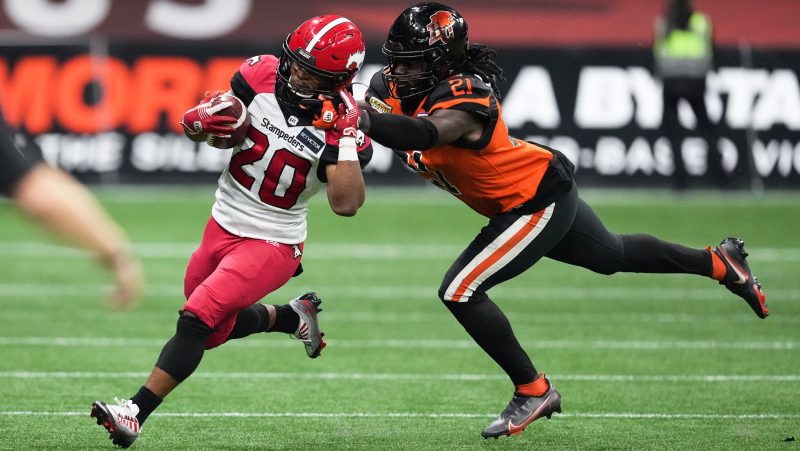 In a matchup of Peyton Logan versus Terry Williams we have a standout rookie and a mid-season acquisition, each of whom could break the Western Semi-Final wide open in a moments notice.

Williams leads the CFL in total kick return yardage while Logan boasts the longest  kick return of the season (99-yards) and a couple scores to his name. What this comes down to is coverage and Mark Kilam’s tacklers are rarely if ever out of position. Give me the Stamps here. 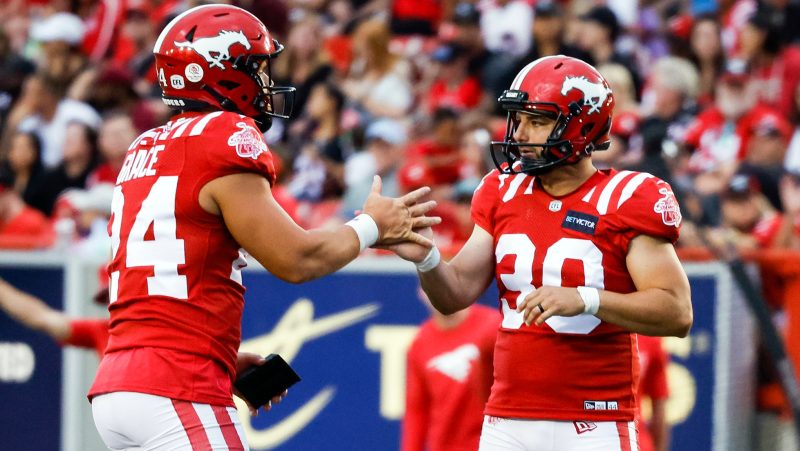 It won’t get much love, but this is an iconic playoff kicking matchup. Paredes has the most attempts and makes this season, while Whyte leads the league with a 91.7 field goal percentage. Grace leads the CFL in net punting, while Flintoft has the longest punt of the year (89-yards) and has been near the CFL’s best all season.

There is no advantage here, it’s simply a question of who makes the right kick at the right time, and usually that means Paredes’ smooth swing plays hero, but only time will tell.