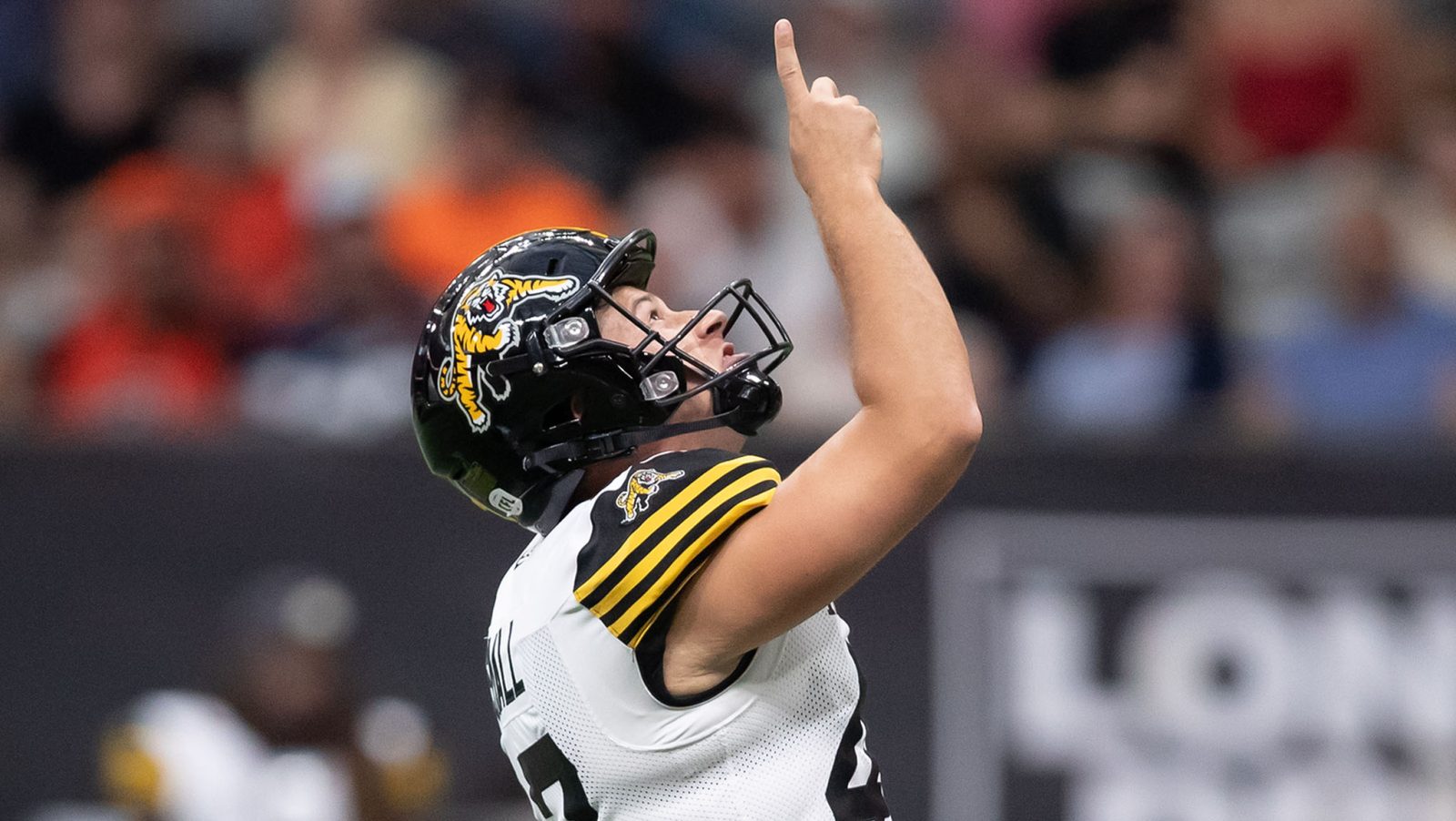 HAMILTON — The calendar had flipped from June to July and Seth Small was quickly approaching a crossroad.

He and his wife Rachel were in their apartment in College Station, TX. They’d met there, at Texas A&M University, where Small had become the Aggies’ all-time leader in field goals and points, while earning a reputation as a clutch, put-the-game-away kicker. The 23-year-old had gotten a look from the Indianapolis Colts and earlier this year was a final cut out of the Hamilton Tiger-Cats’ training camp.

Rachel had just graduated. Seth was waiting for his next football opportunity. Their lease was also running out. Something had to give.

“We were trying to figure out what to do,” Small said on Wednesday. “I was looking at some places to go get a job. I was still training, still kicking. I was hoping to hear something back from the Ticats and keeping up with their season and everything.

“Then I got a call back five weeks (after being released). I was so excited to get that call because I love this team. Even when we were back in training camp, they fully embraced me as family. The culture that coach O (Orlondo Steinauer) brings into this organization is unbelievable. They definitely have all the right guys here. So, I’m thankful that they just took a chance on me.”

Judging by the role that Small has played in where the Ticats are now, that thankfulness is very likely reciprocated from Steinauer and the Hamilton organization. 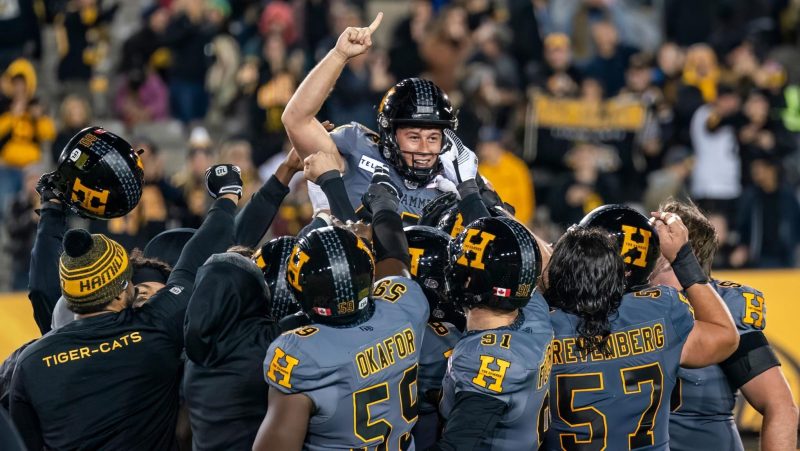 Small leaned on his faith, something that helps him stay level in every avenue of his life. He had Rachel’s support on their next steps — “She knew what she was getting into, for sure,” he laughed over her choice to marry a kicker — and very happily hopped on that return flight to Hamilton when his phone rang. He rejoined a 0-4 Ticats team that would see darker days before the brighter ones would arrive. He never doubted that these days would come, or that he could help them get there.

“We’re never down and out,” Small said. “A team only has a one-year life expectancy. It’s rarely ever the same guys two years in a row. The guys that are on this team are the right people here. We’re just having a good time, fighting. The belief, the buy-in is there.

“I think it’s common that you get to that (low) point in the season it’s like, ‘OK, this year’s done.’ A lot of teams think that way, but not us. We always believe that the fight’s not over until the clock hits zero.”

Small’s contribution to that fight was tremendous.

In 14 games, he’s made 39 of 43 field goals, for a franchise-record 90.7 per cent accuracy. He made all four of his attempts in his team’s desperately needed Week 18 win over Saskatchewan. He did it again a week later in Calgary, ending an 18-year winless drought at McMahon Stadium, with a 57-yard field goal highlighting his performance. He nailed a game-winner in Week 20 against Ottawa to punch their playoff ticket.

Where would this Ticats team be right now without Small? It’s very likely they wouldn’t be talking playoffs on a warm November day in Hamilton.

It’s no surprise that he was named the team’s nominee for special teams player and rookie of the year.

“Coming out of training camp, you never would have thought that that was going to be our record,” Small said, “but I mean, that’s just kind of the the adversity that we were dealt. It’s about how you respond to it. It’s a long season.”

Small and the Ticats will head to Montreal for Sunday’s Eastern Semi-Final looking to extend their season just a little longer. He’ll have his wife, Rachel and his father in the stands. They saw him kick a 28-yard game-winner at Texas A&M that lifted them over No. 1-ranked Alabama in 2021.

Small doesn’t lean on a made kick that was seen around the football world for confidence. The kick that he made in practice on Wednesday is the same in process, mechanics and execution as the one that comes in front of thousands. He always remembers a Michael Jordan quote that Aggies coach Jimbo Fisher told the team about pressure moments.

“A reporter asked him, ‘What do you change in the fourth quarter? How do you become this great basketball player?'” Small recalled. “And (Jordan) said, ‘I don’t change; everybody else does.’ I really like that approach, mentally, to kicking.”

The Ticats are lucky to have that kicker that doesn’t change when the pressure looms.