QB Index: Have we met before? 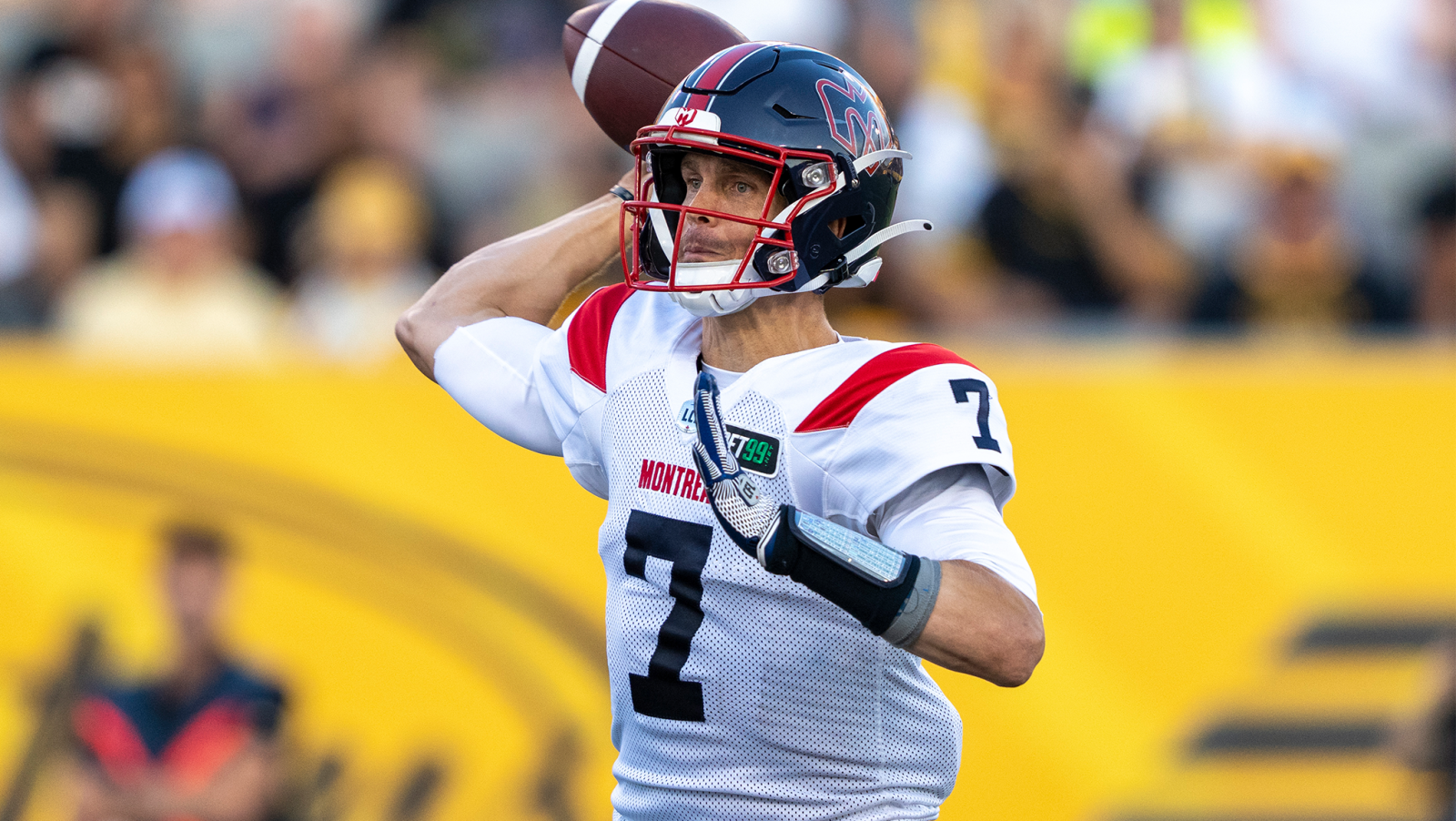 QB Index: Have we met before?

TORONTO — The playoffs are here and as sure as the games are played in an increasingly crisp autumn air, so too does Trevor Harris find himself fated to meet the Hamilton Tiger-Cats.

Sunday’s Eastern Semi-Final will mark Harris’ third consecutive time as a starter that he puts his season on the line against the Ticats.

It doesn’t matter who Harris plays for, or even what division he plays in. The 36-year-old pivot with 28,610 career passing yards is finding that all of his roads lead to Hamilton, or as is the case this year, bring the Ticats to him.

In 2018, Harris set a CFL record with six passing touchdowns in a single playoff game as part of the Ottawa REDBLACKS’ Eastern Final win over Hamilton. Those REDBLACKS went on to the Grey Cup, but fell to the Calgary Stampeders.

As a free agent the following winter, Harris made the move to Edmonton, quickly filling the cleats that Michael Reilly had vacated in his free agency move to the BC Lions. He threw for over 4,000 yards in his first year in Green and Gold and saw his new team crossover to the East Division playoffs. Edmonton topped Montreal in the Eastern Semi-Final, then ran into a wall of a Ticats team in the Eastern Final.

After losing the 2020 season to the pandemic, Harris returned to the Elks in 2021, but of course was dealt to the Alouettes after then-Als’ starter Vernon Adams Jr. was injured for the season. Harris took control of the Als’ offence and made the trip to Hamilton for the Eastern Semi-Final, where the Ticats came away with a 23-12 win on a snowy day at Tim Hortons Field.

While the East Division picture came into focus late in the season, Harris may have been one of the few non-Hamilton folk with a gut feeling that he’d be seeing his share of Black and Yellow when Nov. 6 rolled around.

So, does all of that mean anything? I think it does because of the consistency that the Ticats have had through those seasons.

The personnel has been tweaked over the last few years in Hamilton, but the defensive core has remained largely the same. Most important, the Tiger-Cats’ defensive staff has stayed consistent. Orlondo Steinauer was the Ticats’ assistant head coach for that 2018 playoff game; he had moved up to head coach by 2019 and and has the expanded role of president of football operations today.

Alongside him is Mark Washington, who came in as defensive coordinator and defensive backs coach in 2019 and is now the team’s assistant head coach and defensive coordinator. That duo, along with linebackers coach Robin Ross and d-line coach Randy Melvin provides a wealth of coaching knowledge that’s been around to face and scheme against Harris for at least their last two playoff meetings.

All of that knowledge and scheming doesn’t guarantee anything, though. Harris was able to top the Ticats in his 2018 meeting with them and the Als have taken two of the three regular season meetings they’ve had this year. Harris and the Alouettes also have the distinction of being the last team to hand the Ticats a loss. That came on Sept. 23 in a tight game that could give a sampling of what this year’s Eastern Semi-Final promises to bring.

Whether it’s an offensive shootout or a defensive grind remains to be seen, but Harris vs. Hamilton, Round 4 will arrive on Sunday and some very familiar opponents will do battle once again.