Weekly Predictor: Siding with the Stamps 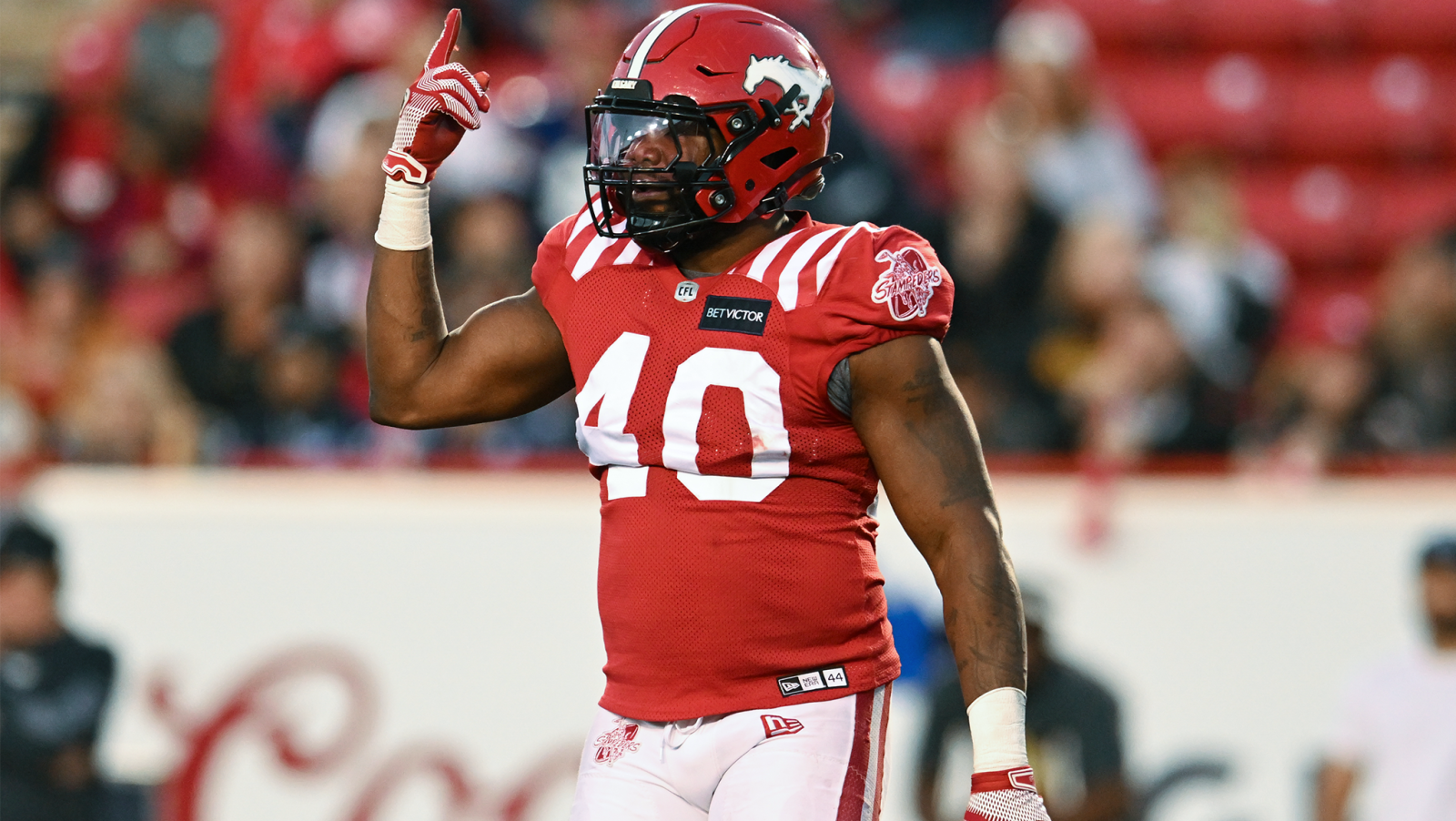 Weekly Predictor: Siding with the Stamps

The playoffs have arrived and you can wipe out the standings (I prefer that to be the case among the writer’s picks as well) as it’s all about winning one game to move on.

While the Winnipeg Blue Bombers and Toronto Argonauts sit back and rest, we have a pair a great matchups that had some classic games already this season.

The Calgary Stampeders and BC Lions had two games that went down to the wire, including an overtime classic in Vernon Adams Jr.’s first game as a starter with the Lions.

The Hamilton Tiger-Cats and Montreal Alouettes have been just as entertaining with two games decided by a touchdown and a classic of their own that ended with a 48-yard David Cote walk-off winner for the Alouettes back in August.

Here’s hoping Sunday repeats what these four teams have had to offer this season. 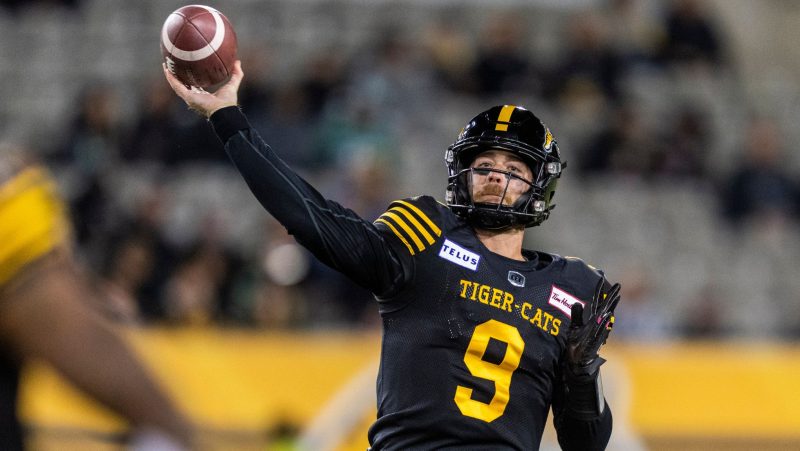 The hottest team going into the playoffs are easily the Tiger-Cats. Hamilton has won five of the final six games and stormed past the stagnant Saskatchewan Roughriders to find themselves heading on the road to Montreal.

Two of their wins were particularly impressive as they knocked off the Bombers and then four weeks later went into Calgary and escaped McMahon Stadium with a 35-32 win as the Tiger-Cats defence was able to force Calgary turnovers.

Any concern over Dane Evans‘ health after a hand injury knocked him out of the game late in Week 20 was eased when he threw for over 100 yards and was seven of nine passing in the regular season finale.

After a dreadful 0-4 start to the season that was full of turnovers, Evans has regained control of the Tiger-Cats offence and as they head into the semi-final as the underdog, I’d fear an underdog who knows what it takes to win at this time of year.

The Alouettes have also turned around a dreadful start and with head coach Danny Maciocia at the helm, the Alouettes were above .500 and have a home playoff game with a rematch of last year’s semi-final.

However, coughing up the ball has been the bigger issue for the Tiger-Cats this year. It was a main reason for that loss to Montreal a few weeks ago.

But I’m going with momentum, the Tiger-Cats are flying into the post-season with confidence and a healthy defence that is one of the best in the Canadian Football League.

What makes me nervous with the pick is the aforementioned turnover issue, but they’ve been much better lately. 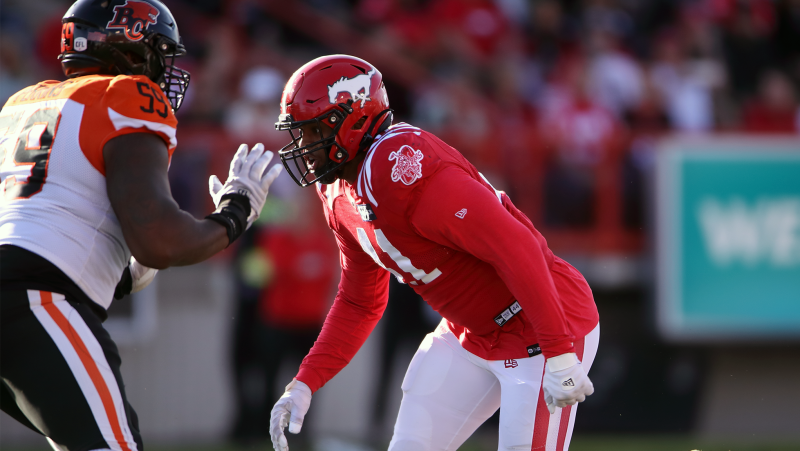 Calgary Stampeders defensive lineman Mike Rose has recorded a sack in each of his last two games against the BC Lions (Stampeders.com)

Is Nathan Rourke healthy enough to go? I’m not sure that he is. What I mean by that is the ability to avoid the pressure that will be coming at him from one of the best defensive lines in the CFL.

The Stampeders got to the quarterback more than any other team in the CFL and it wasn’t even close. Calgary finished the season with 56 sacks, nine more than the Ottawa REDBLACKS and 11 more than the Lions. If Rourke can’t escape, it’s game over for the Lions unless they can get James Butler rolling.

We have a matchup of the best two running backs in the CFL with Ka’Deem Carey and Butler. They were separated by just 28 years for the rushing crown, which Carey claimed despite not playing in the final week of the season.

First down will be imperative for the Lions, so they don’t leave Rourke in too many second and long scenarios.

In Calgary, Jake Maier has been good, but nowhere near the 300-yard per game player he was when he took over the starting job for the injured Bo Levi Mitchell last season.

In fact, Maier has just one 300-yard game so far as the team has been much more efficient staying committed to the run.

The Stamps downfall in the race to a home playoff game was their 1-5 record against B.C. and Winnipeg this year, although they were competitive in every game.

This will be the first start for both Maier and Rourke in their playoff careers so we’ll see how they each handle the added pressure.

However, I really like how the Stampeders have gone into the playoffs. With their playoff standing secured heading into their final two games against the Roughriders they completely kept the pedal down, no matter who was in the game.

In the last meeting between the two teams from B.C. Place, the Stamps absolutely got after the Lions up front tallying five sacks.

I’d love to have Rourke’s comeback story become one of legend, but I’m just not convinced he’ll be the same guy who took the CFL by storm through the first nine games.