Ferguson: Breaking down the game-breakers 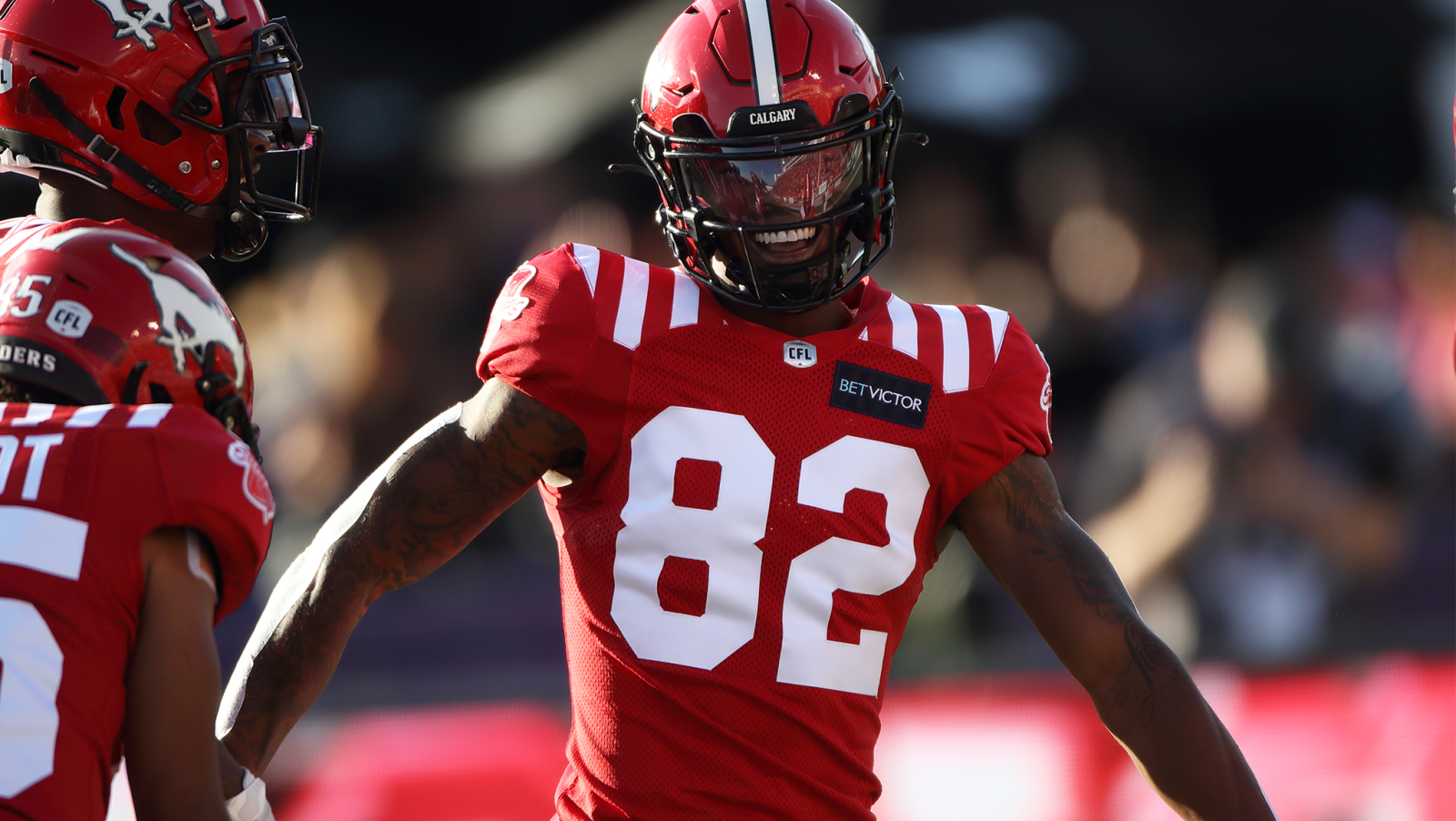 Ferguson: Breaking down the game-breakers

With the Division Semi-Finals set to take centre stage this Sunday there are plenty of talented pass-catchers who could sign their name on the most important play of the game.

Often the rarely targeted Canadian or fullback has as much chance to make, “the play,” that you’ll remember this weekends playoff games for, but the reality is that each club has their go to man.

As former Hamilton Tiger-Cats offensive line coach and radio analyst John Salavantis once told me, “you dance with the one that brought you.” For the BC Lions there are an embarrassment of riches, assuming everyone is healthy or as close to 100 per cent as possible 25 weeks into the journey.

From Bryan Burnham, the emergence of Keon Hatcher and the big-bodied Jevon Cottoy working the middle of the field, BC is not short on options. However, in what has been his breakout CFL season, nobody has been more impressive in the Orange and Black this season than Dominique Rhymes. 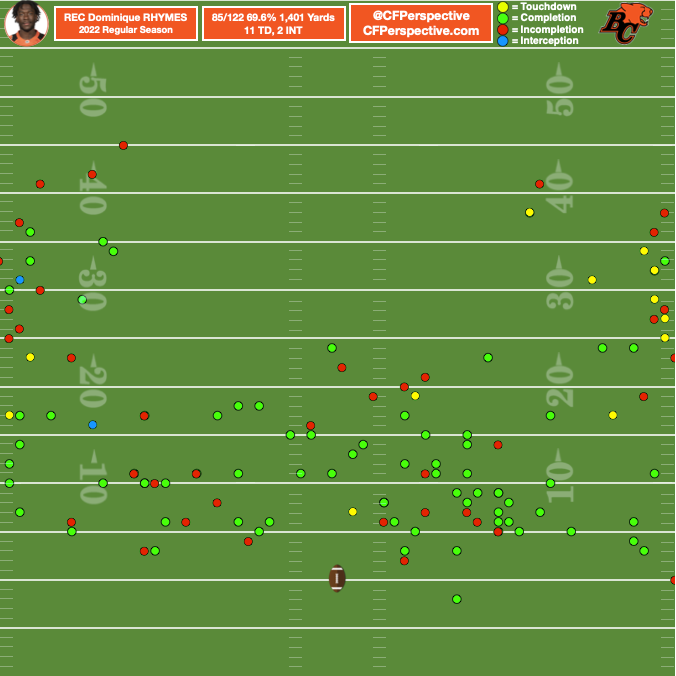 Rhymes has been at or near the league lead in CFL receiving yards this season while catching 11 touchdowns. When looking at his target chart what jumps out is that eight of his eleven touchdown catches have come along the right sideline. Rhymes has seemingly mastered concepts that see him toe tapping after running out breaking routes and adjusting on the fly to both Nathan Rourke and Vernon Adams Jr.’s play making ability outside of the pocket.

On the other side Malik Henry has emerged as the Stampeders standout in that a year I fully expected Kamar Jorden or Reggie Begelton to lead the way. With a pair of monster games against Edmonton earlier this year, Henry announced his presence amongst the CFL’s elite. He offers a variety of short pass quickness and deep-ball daring for Jake Maier as he has settled into the starting role in Calgary. 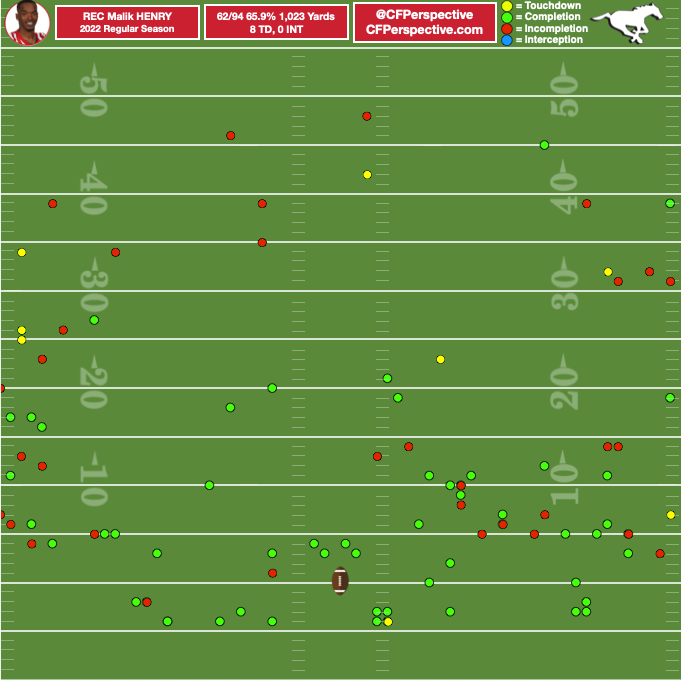 In the Eastern Semi-Final, Tim White was the Tiger-Cats Most Outstanding Player nominee after leading the league in catches (94) and targets (145). He also added eight touchdowns on the season, including two monster games against Sunday’s opponents, the Montreal Alouettes, catching 17 passes for 250 yards and 2 touchdowns.

The pressure will be on White to answer the bell yet again in the playoffs as Hamilton is more reliant on their top two pass catchers  (which include White and Steven Dunbar Jr.) than any team involved in Sunday’s showdowns. 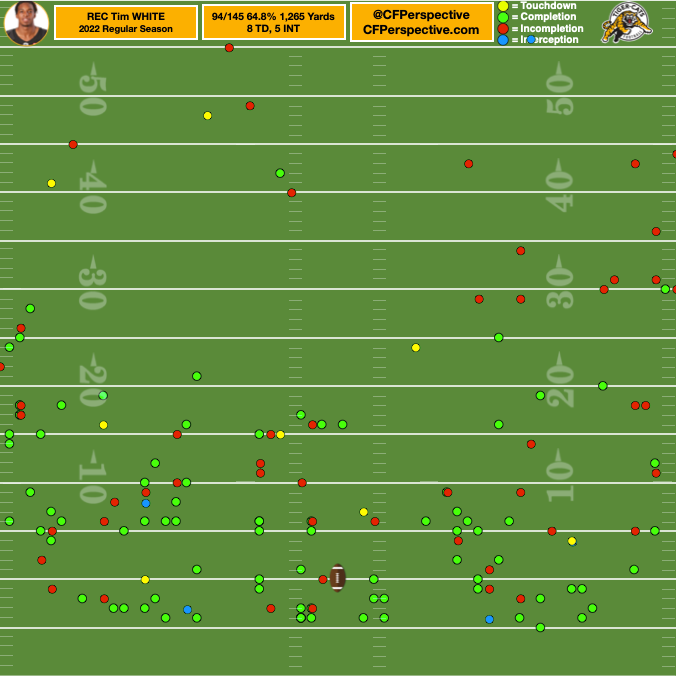 The added value here for White is his use both in the backfield and as a speed sweep receiver, who will get touches running full speed horizontally across the face of Dane Evans. Expect one of those off beat targeted touches (seen above behind the line of scrimmage between hashes) for White to come early in offensive coordinator Tommy Condell’s script as he tries to get White involved in the game plan early.

The great challenge for White and the Ticats is to find a way to offset the greatness of East Division Most Outstanding Player nominee Eugene Lewis. 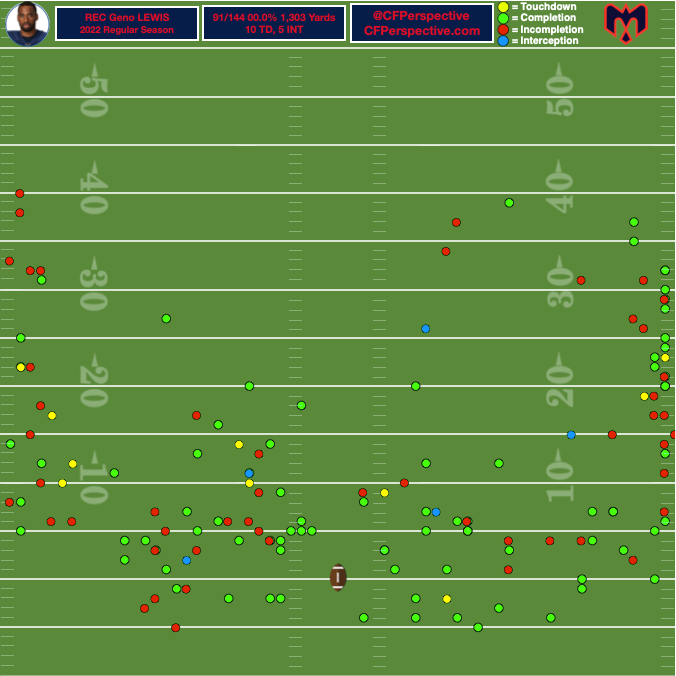 Lewis has been a force all season long, dominating vertically in both jump ball situations and crisp timing routes in combination with quarterback Trevor Harris. While Lewis rarely has the iconic one-handed, full-extension type of catches that made former Alouettes great S.J. Green famous, his collective work over the long haul and refusal to be denied the football when targeted down the field makes him one of the CFL’s toughest covers.

Ticats defensive back Jumal Rolle will likely be tasked with defending the Alouettes star receiver on Sunday as Hamilton will make their best effort to match the strength of Lewis.

From Rhymes to Henry, White to Lewis, the CFL receiver landscape is constantly evolving and while Winnipeg’s Dalton Schoen and Toronto’s Kurleigh Gittens Jr. wait for their chance to show their worth next week.  Sunday’s Division Semi-Final four-pack of leading receivers will unquestionably make a play or two to remember this week.