Landry: Respect is earned in the playoffs 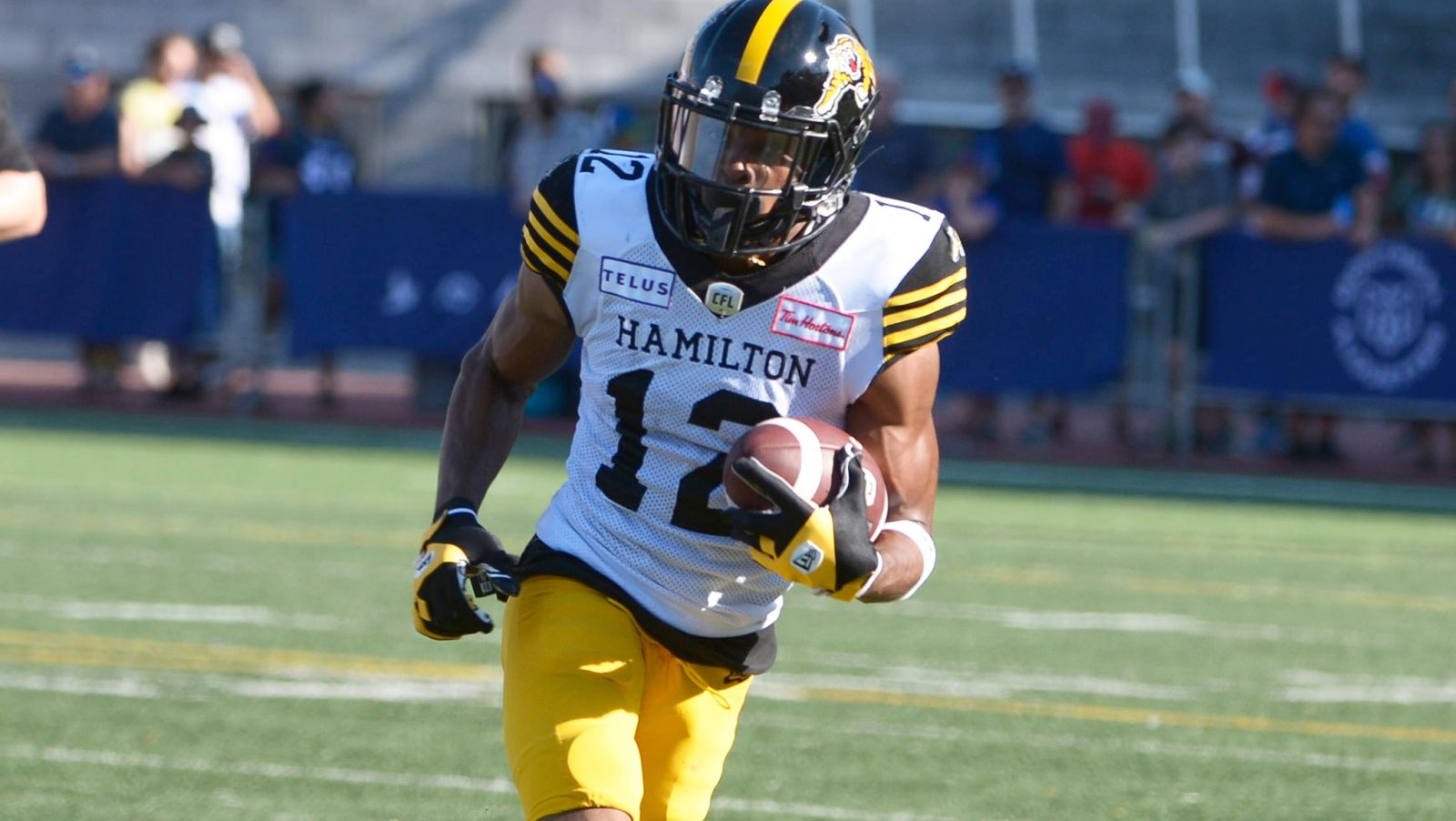 Landry: Respect is earned in the playoffs

It’s odd to think about a player like Tim White feeling like he needs to earn more respect, but that’s how the second-year Hamilton Tiger-Cats receiver feels. Even in the wake of a truly remarkable season.

“I feel like I have to earn a lot more, especially in the playoffs,” said White earlier this week ahead of Sunday’s Eastern Semi-Final clash with the Montreal Alouettes.

I pushed him on this matter. His season has been spectacular, punctuated with him being named the Ticats’ Most Outstanding Player. His teammates have also taken to calling White, “Himothy,” a respect-laden nickname that he credits fellow receiver Bralon Addison with coining.

White is smack dab in the middle of any conversation one might have about the most feared offensive weapons currently slicing and dicing defences in the CFL.

“It’s just a feeling that I have,” said White, broadly and vaguely. His tone suggested to me that he didn’t want to think too deeply about why.

“I just feel like there’s more to be earned,” he added. “I don’t think I should be satisfied with where I’m at right now.”

However, where he’s at is a pretty good place to be. The 28-year-old pulled in league-leading 94 passes for 1,265 yards and eight touchdowns this season, rushing for 60 yards and returning 14 kicks for an additional 311 yards. Bringing his total yardage to 1,636 yards (1,644 when you factor in his one punt return).

As well as being named Hamilton’s MOP, White earned an East Division All-Star spot, yet here he is, concerning himself with thoughts of raising his ceiling. I don’t think he believes he’s being shortchanged, let’s be clear about that. Rather, he seems to be feeling that the level of respect he’s earned this season is about right, but knows there’s potential for continued growth and it falls on himself to reach those heights.

Last year, White was fairly productive in the post-season, but not eye-popping or dominant. He caught 11 passes for 123 yards in three playoff games, including the Grey Cup and he did not score a touchdown in any of those three games, so perhaps that is on his mind in 2022.

He’s a key, quite obviously, in the Hamilton aerial attack and that means White can expect the Montreal Alouettes to pay special attention to him Sunday. Though he’s hard-pressed to think of anything specific they might scheme for in the hopes of defusing his explosiveness.

When asked about how the Als tried to handle him during the regular season, White couldn’t recall being matched up against anyone in specific or facing any particular schemes.

“I can’t say anything that they do, specifically, to try to stop me,” said White, and maybe that’s true, or maybe he just doesn’t want them to know that he knows. At any rate, the Alouettes would be well-advised to know where the playmaker is aligned.

In his last two games against the Als, White caught 17 passes for 250 yards and 2 touchdowns. However, Montreal did hold him to just 15 yards on two receptions in their first meeting.

There’s nothing complicated about White’s rise in his second season in the CFL, according to the native of Santa Clara, CA. Getting a rookie year under his belt allowed him to better understand 3-down football and get comfortable with the game. Which in turn allowed him to enter his sophomore season with more confidence after an off-season of sharpening the skills he felt would help him improve.

“I went into the season knowing more,” White said, adding that strength and conditioning were focal points prior to training camp. Being more creative in trying to beat and exploit defenders was top of mind.

“You don’t want to be like a bully down the field every single play,” said White, referencing the tremendous speed he possesses, “you want to change it up.”

He made note of “body movement,” as well, and then explained exactly what he meant by that. “Make sure my cuts are sharp and defined,” he said.

“Having awareness of where the nearest defenders are. It’s those kinds of things and, obviously, your mental focus and approach to the game.”

For White, knowledge and hard work were things he could add to what naturally makes him a great receiver. As mentioned, he’s fast and always been as an athlete. He has also been blessed with size where it matters for a pass-catcher. “I have really big hands,” he noted, “and, naturally, I’ve always caught the ball well.”

But those big hands haven’t been feeling perfect this season and White has played through a little discomfort from time to time.

“This year’s actually been funny ‘cause I’ve dealt with some hand injuries,” he admits, though he dismisses the setbacks as nothing more than minor, “little things here and there.”

He’d undergone surgery on his right hand when he was a member of the Baltimore Ravens, five years ago, in order to clean up some ligament trouble. Even though the surgery left him with some lingering difficulty, White again says, it’s no big deal.

“There’s challenges, but I’ve been dealing with it kind of all year. So I’ve pretty much moved past it.”

What he hasn’t moved past, is the feeling that he can do more this playoff season. When he steps on the field for this Sunday’s Eastern Semi-Final he probably won’t have that on his mind at all, however. More than likely he’ll have processed those feelings in this week’s lead-up to the game.

“When I’m playing, I’m playing through the flow of the game,” said White. “And I try to get a clear understanding of how the game is going.”

One thing White will have on his mind come Sunday is his Montreal counterpart, Eugene Lewis, at least a bit. They don’t line up against each other, obviously, but that doesn’t mean White won’t take notice of what the East Division’s Most Outstanding Player will be accomplishing for the Alouettes.

“Our offence has to match their offence,” said White. “So there’s no question I’m looking at the other side and seeing what they’re doing.”

“I love his game,” said White, of Lewis, specifically. “I love the way he competes, so I’m looking for a really good challenge.”

In addition to the challenge of winning a playoff game, White will be hungering for even more respect in a year where he’s already earned plenty.