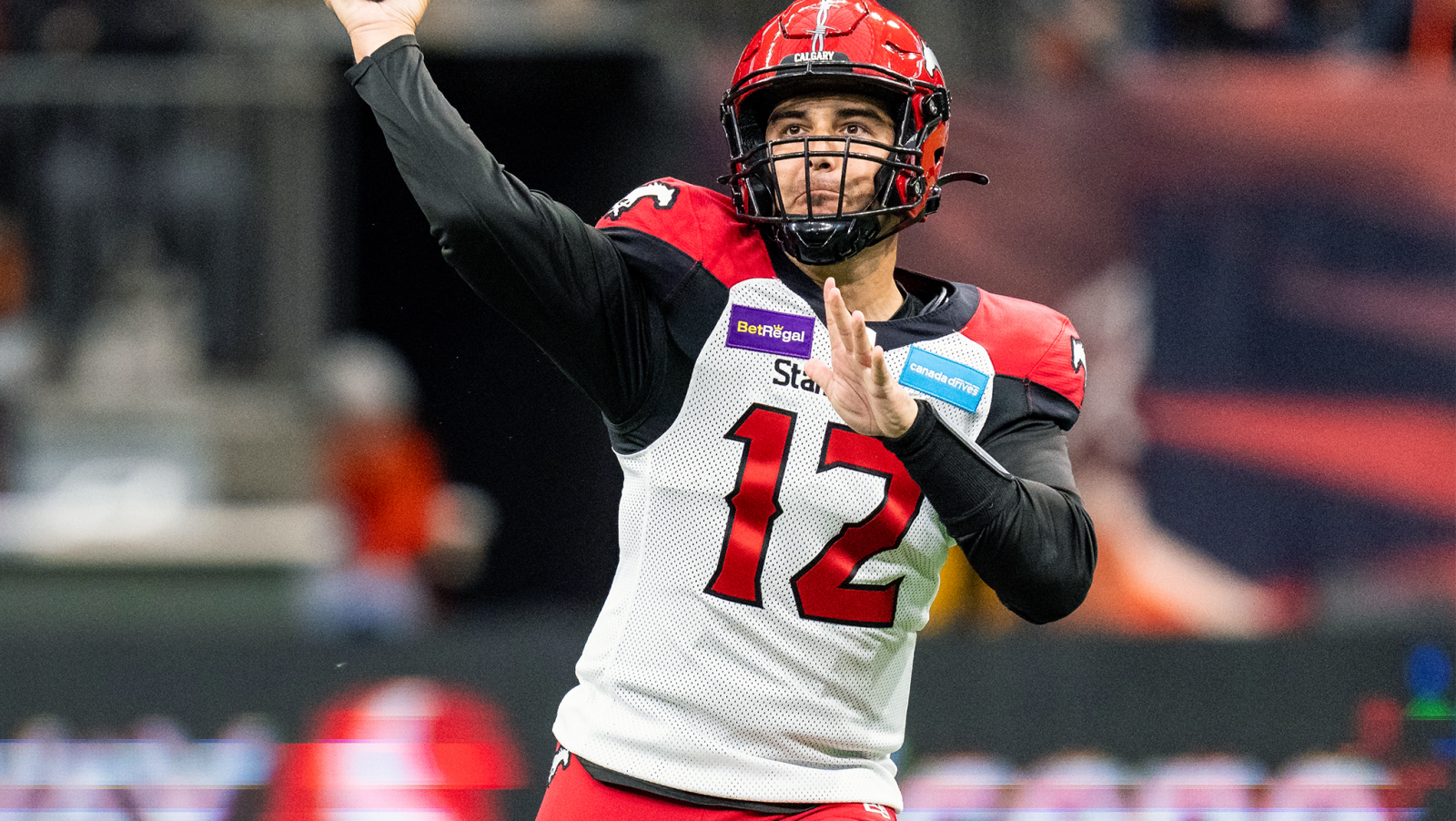 VANCOUVER — The Calgary Stampeders fell to the BC Lions 30-16 in Sunday’s Western Semi-Final matchup.

It was a close first half of action from BC Place, but the Stampeders couldn’t match the scoring ability of the Lions offence that would assume a 20-6 lead entering the final quarter.

Looking for a spark, Calgary made the decision to replace Jake Maier with Bo Levi Mitchell with 11 minutes left in the game.

“I think Jake played hard and I don’t think it was really on him,” Dave Dickenson told reporters post-game. “I just don’t think there were enough guys open. I don’t think we protected him well enough, calls weren’t fitting. So it was a group effort.”

Maier finished the game completing just over 50 per cent of his passes for 138 yards. Speaking on the decision to turn to Mitchell, Maier said it was one that he understood.

“We had six points entering the final quarter, obviously I need to perform better,” said Maier. “We knew the dynamic of our quarterback room all year. It was made very clear that we were going to do whatever it takes to get things rolling. I understand that.”

Mitchell finished the game completing eight passes for 147 yards and helped lead the Stamps to consecutive scoring drives.  Following the game, Mitchell was quick to support his teammate in the wake of a difficult game.

“Jake is going to be a hell of quarterback in this league for a very long time,” said Mitchell. “He’s a guy you want in your locker room, a guy you want to lead a football team.”

Mitchell also took a moment to reflect on his time with the Stampeders.

“It’s been an amazing ride, an amazing career,” said Mitchell. “I just appreciate everybody giving me the opportunity. It starts with (John) Hufnagel, Dave Dickenson, those guys have stayed loyal to me for a very long time.

“I’m just proud of everybody in that locker room for what we did this year, but we obviously feel like we could have done more.”

While Maier was disappointed in the loss and his performance, he said he felt even worse for his teammates. The second-year quarterback asserted would learn from the experience and assured he would come back from the tough loss.

“To be honest, I just feel terrible for the guys in that locker room,” said Maier. “I felt like we had a great week of preparation, we were competing at the right time and everybody was bought in.

“Guys gave everything they had, we just didn’t execute, I didn’t execute and those things happen. It hurts really bad, but I can assure you this. I’ll be back.”