Numbers Don’t Lie: 3 Stats that could define the Eastern Final

Numbers Don’t Lie: 3 Stats that could define the Eastern Final

TORONTO —  For a second consecutive season the East Division path to the Grey Cup will travel through BMO Field. The Toronto Argonauts will welcome the Montreal Alouettes for Sunday’s Eastern Final matchup.

The Alouettes and Argonauts have met three times this season with two of those games having been decided by just a single point. Trevor Harris will be looking to sustain his teams momentum from their Semi-Final win, while McLeod Bethel-Thompson will seek to avenge last season’s loss.

CFL.ca takes a look at three stats that could define the Eastern Final.

Trevor Harris is efficient. By this point in his illustrious CFL career, that shouldn’t come as a surprise to any fan.

The Montreal Alouettes quarterback has done an immaculate job at taking care of the football and putting his receivers in positions to make plays. A trend that not only continues, but becomes amplified with the intensity of the playoffs.

The Toronto Argonauts defence can, and will force turnovers.

Throughout the 2022 regular season the Double Blue defence have proven to be one of the most aggressive units in the CFL and have created a league-leading 48 turnovers. Additionally, the Argos defence tied Calgary with five defensive touchdowns, the most this season.

The Argos defensive secondary has been particularly difficult for opposing quarterbacks to find success against. Forcing a league-high 29 interceptions, while allowing just 21 passing touchdowns this season, the third fewest in the league. 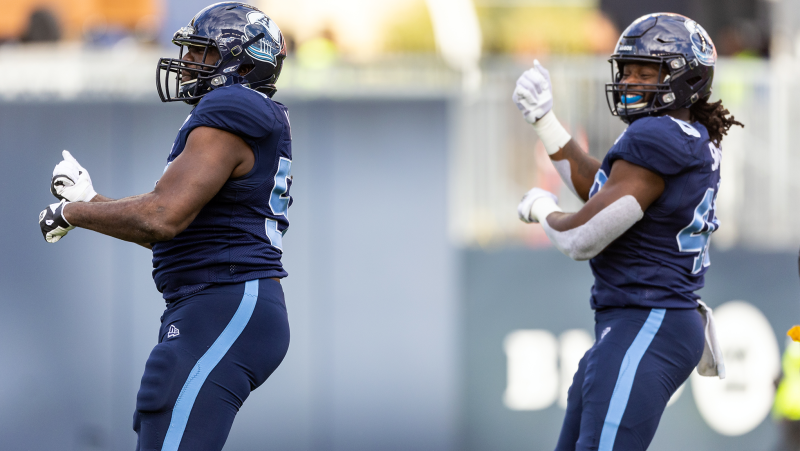 As CFL.ca’s Don Landry noted earlier this week, timing is not everything, but in football it means a lot.

It means even more when your offence is predicated on precision throws from the quarterback and crisp timing routes from the receivers, much like the offence of the Alouettes has been. The key to perfect timing often becomes a clean pocket and enough time for the routes to develop.

A clean pocket has been imperative to the success of the Alouettes through 2022. Montreal has allowed 47 sacks this season, the most of any remaining playoff team and third most through the regular season.