TORNOTO — The Canadian Football League (CFL) will invite approximately 100 national and global prospects to Edmonton for an expanded and restructured CFL Combine presented by New Era in 2023. The new five-day event will take place from March 22 to 26 at Commonwealth Stadium Field House.

The revamped CFL Combine Season schedule will consist of a specialized Kicking Combine in January in San Diego, and a single invitational Super Regional Combine at the University of Waterloo’s Feridun Hamdullahpur Field House in early March with players from across Canada, in place of the traditional West, Ontario and East regional events. The top players identified from Waterloo will earn their way to the main event in Edmonton. 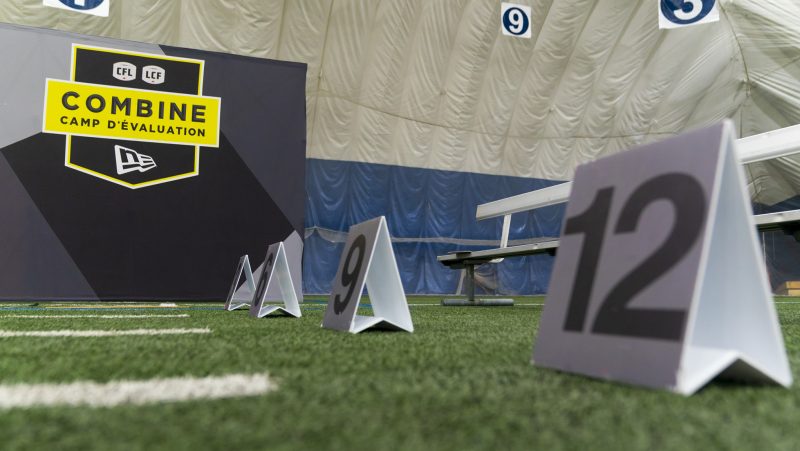 “For the past few years, we have been exploring different ways to restructure and improve the format of CFL Combine to be more productive for teams in terms of evaluation and observation. Our event next year in Edmonton will be the realization of those efforts and discussions,” said Greg Dick, Chief Football Operations Officer.

“A single larger event will allow teams to gauge prospects’ work on the field, while also providing a better understanding of their abilities to learn systems, process information and adapt to feedback.”

Day One will see players take part in medical testing and measurements, while Day Two will include traditional on- and off-field testing, including the 40-yard dash, the bench press and more.

Days Three to Five will be designated for practice sessions involving individual drills and one-on-ones that have been conducted in years past, and several new additions, including the pass skeleton and inside run sessions. As part of the new format, CFL coaches will lead positional groups and install offences and defences.

“CFL Combine is as much a tool for evaluation, as it is a showcase of prospects’ skills and an opportunity for growth and development,” added Dick. “An expanded event is better for teams, prospects, and ultimately, the league, as we prepare to welcome future generations of CFL stars.”