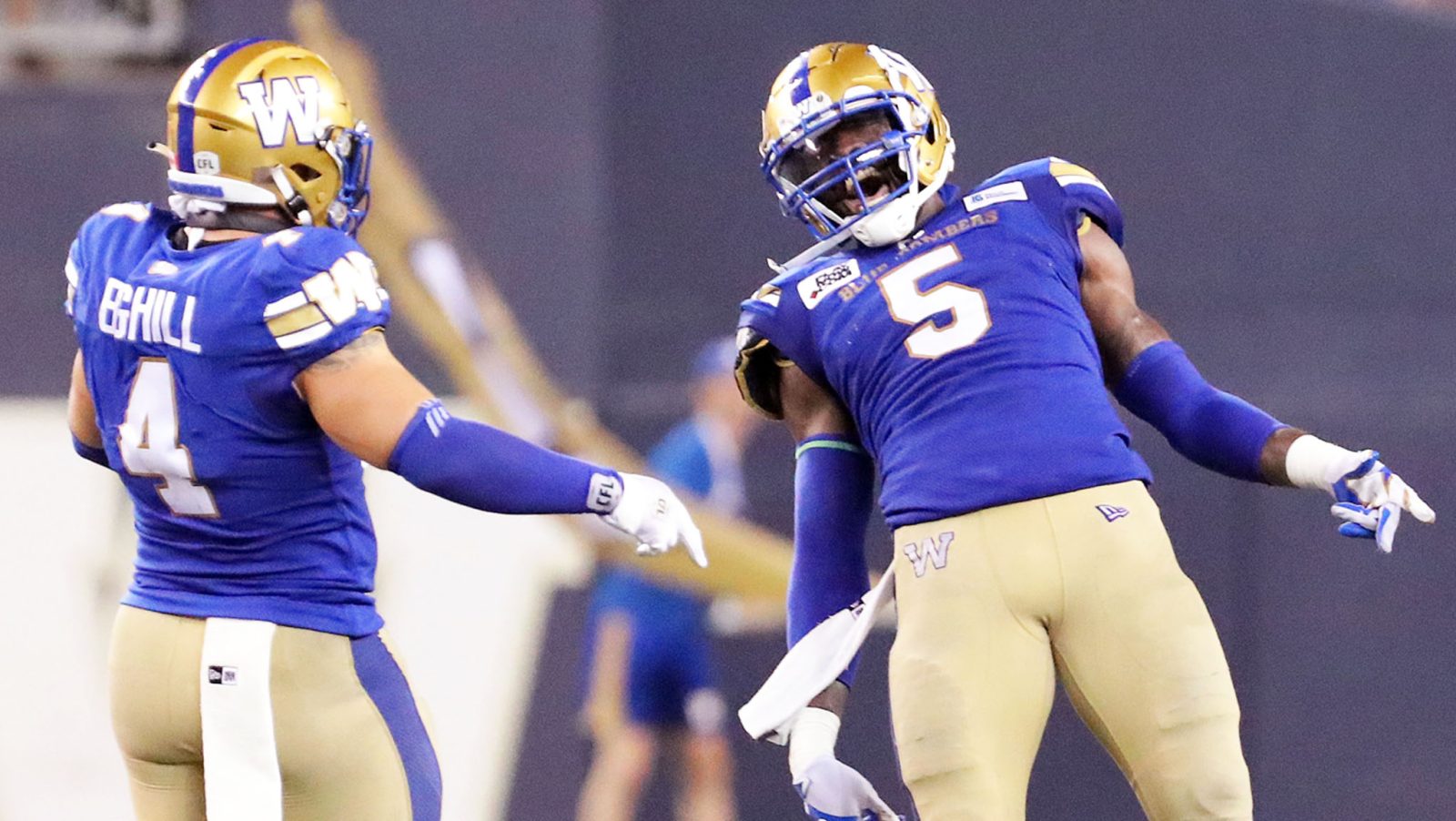 WINNIPEG — Willie Jefferson sounded every bit the local as he assessed what sat outside of IG Field on Friday.

The Winnipeg Blue Bombers’ defensive lineman woke up to a freshly heaped 13 cm of snow and a temperature around minus-15 C Friday morning. Plows were working through the day clearing streets where lanes had disappeared overnight and where crosswalks had become messy, snow-laden obstacle courses.

Mini mountains of cleared snow decorated the sidelines at IG Field, where the team held a closed practice.

“These weather conditions are pretty normal, especially today,” Jefferson said. “It was snowing but the sun was out, no wind. That’s a good day.”

That good day in Winnipeg would likely bring Vancouver to a standstill. While the BC Lions may handle the elements better than Vancouverites themselves in Sunday’s Western Final, the topic of the weather providing the Blue Bombers an advantage was one that came up often on Friday.

2022 CFL PLAYOFFS
» 109th Grey Cup Divisional clashes set
» O’Leary: Lions’ faith in Rourke rewarded
» Head To Head: Who has the edge in the Western Final?
» Make your Eastern and Western Finals picks and you could win $1,000 cash

“When you come out to Winnipeg, and it’s going to be biased from me, being from here and all that,” Bombers’ receiver Nic Demski said, “but you come out here, that wind is definitely a little different than that wind on the West Coast.

Sunday’s forecast is calling for a high of minus-five C, with a slight wind that will make it feel like minus-seven, with an overnight low of minus-12 that will feel like minus-17. With a 3:30 p.m. CT kickoff (4:30 p.m. ET), the Bombers and Lions could get a feel for the full range of the forecast.

Vancouver has seen some snow this past week amidst cooler temperatures, but it hasn’t felt what the people of Winnipeg woke up to on Friday morning. Bombers’ head coach Mike O’Shea knows that the Lions’ players have all had their share of cold weather games through their careers. For the vast majority of them, at least, this won’t be a new, finger-freezing experience.

Where the Bombers’ advantage in Sunday’s game might come from is that they’re hardened to the elements because of the way they practice. O’Shea doesn’t bring his team indoors to practice when there’s a rainy day. His team marches onto the field when the grounds crew at IG Field is clearing the field for them on days like Friday.

Eight years into his time as the Bombers’ head coach, O’Shea’s team is one that knows frozen extremities, numb arms under jerseys and of course, beards with icicles forged into them.

“No matter if it’s pouring rain or it’s hailing or there’s snow outside and they’re clearing it 30 minutes before practice, we’re always going to be ready for whatever the weather brings us,” Demski said.

“It’s kind of been a joke around in our locker room: Wear no sleeves and get used to this weather. I think it’s more just a mentality, man. It really is a mind game but at the same time, you’ve just got to keep that blood flowing and your body moving and hopefully you’ll stay warm for three-and-a-half hours.”

It’s hard work, trudging out into the cold like that day after day at this time of year, but there’s also something to be said about still having practices this far into November. It’s something this team has come to know very well the last three seasons.

“We should be grateful that we’re here,” O’Shea said. “A lot of people want to be practising in this weather. We shouldn’t shy away from it. I do think it’s good for our team.”

Jefferson is a prime example of a player not shying away from something that was once foreign to him. For a Beaumont, TX native to be talking about heaps of snow falling and a minus-15 morning being “our environment, our weather conditions” is proof positive of buy in.

“(It took) six years,” Jefferson said of his adaptation to the Canadian climate, drawing laughs from the reporters around him.

“I’ve been in the league nine years. My first three years were brutal. Trying to figure things out every year when it came to the end of the season like gloves, tights, shoes, socks, shirts, clothes, all that. Now that I’ve been here for so long…these weather conditions, especially being in Winnipeg, these weather conditions are pretty normal.”