Brady Oliveira: ‘I want to bring another Grey Cup back to this city’ 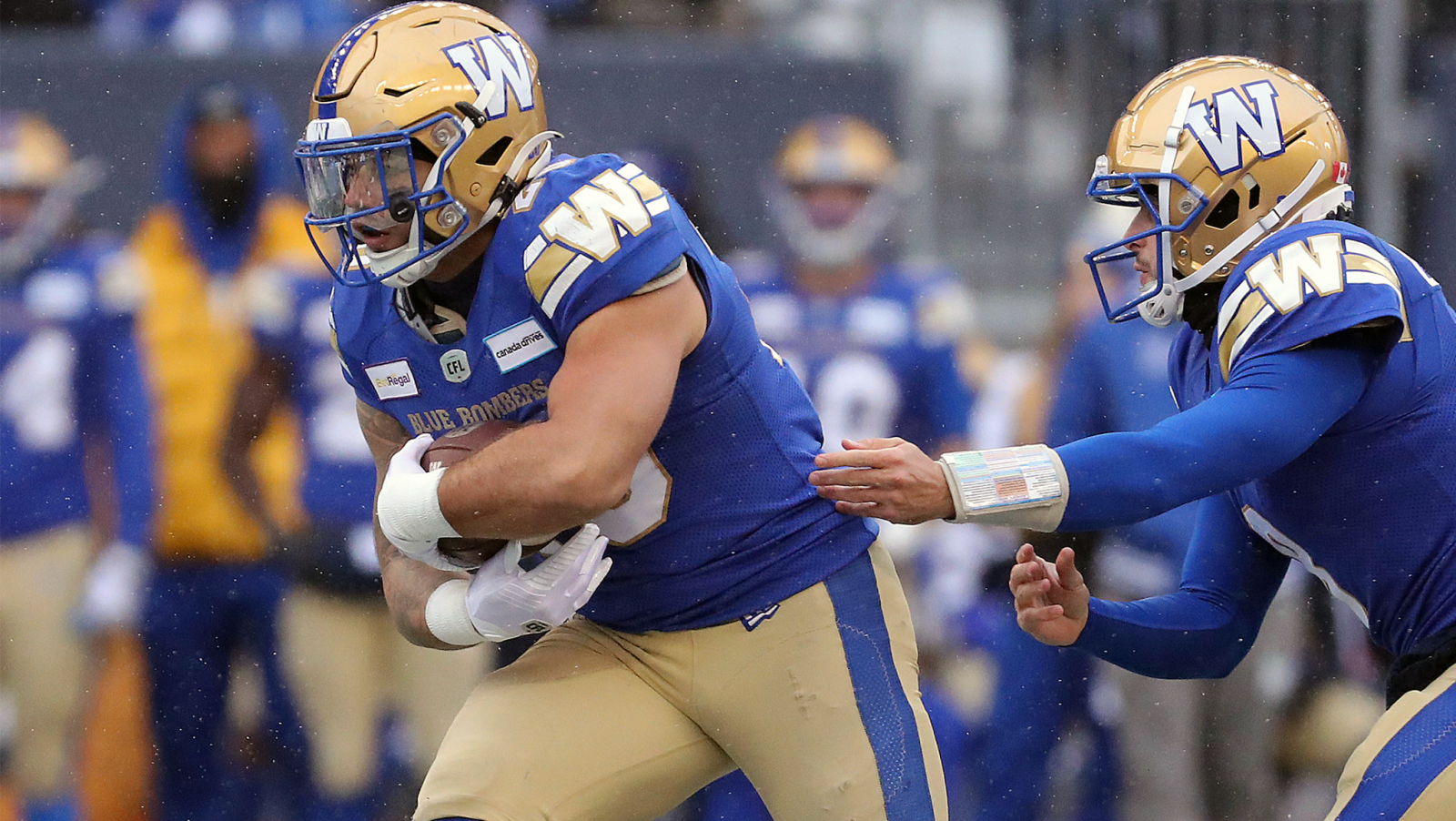 Brady Oliveira: ‘I want to bring another Grey Cup back to this city’

WINNIPEG — For a third consecutive season the Winnipeg Blue Bombers will advance to the Grey Cup.

The two-time defending Grey Cup champions turned a wintery scene from IG Field into homefield advantage as they earned a 28-20 win over the BC Lions.

“It mean’s we’re going to the Grey Cup,” said O’Shea in a post-game interview. “We don’t have to confuse the issue. It’s not one, two and three, it’s this one.”

2022 CFL PLAYOFFS
» Through the Lens: Lions at Blue Bombers pre-game
» Through the Lens: Western Final
» Recap: Best in the West Bombers advance to the 109th Grey Cup
» Campbell on Lions loss: It’ll payoff in the future
» Boxscore: Bombers, Lions by the numbers

When asked about what his team can learn from the Western Final clash, O’Shea noted that game reps and first hand experiences will provide some of the most valuable learning opportunities.

“Any time you can show them more pictures,” explained O’Shea. “Any time they’ve been through that experience instead of just looking at someone else’s film and seeing a play unfold, they’ve lived a bunch of these new experiences now and they should learn, we all will.”

Winnipeg defied the elements and found success across all phases of the game in Sunday’s Western Final. Zach Collaros wasn’t asked to put the ball in the air in large quantities, but was effective with his ball placements as he completed 14 of his 20 passing attempts for 178 yards and a touchdown in the win.

Despite the play from Collaros, it was Winnipeg’s ability to find positive yardage with their ground game that proved to be instrumental on Sunday. The Bombers ran the ball 31 times in the contest, rushing for 173 yards and an average of 5.6 yards per carry.

Backup quarterback Dakota Prukop served under centre at crucial points in the game as he helped extend drives and found the end zone to help give Winnipeg an 25-11 lead in third quarter.

Winnipeg’s ability to rely on their ground game to extend drive is something that O’Shea feels brings a sense of calm to his team.

“There’s a bit of calmness to it, even if it’s furious out there,” said O’Shea. “The offensive line was great, (Oliveira) was fantastic, (Prukop) is excellent, all of the guys who touched the ball did a great job.

“But there is some relief when you can just go to that place, hand the ball off, relax again and get things back in rhythm.”

In his first playoff game as the starting running back for Winnipeg, Brady Oliveira was a driving force for his team’s offence. Oliveira rushed for 130 yards and an average of 6.5 yards per carry on 20 touches, while catching four passes out of the backfield for an additional 36 yards.

“(Oliveira) was awesome,” said Collaros of his running back. “In a weather game like this, if this isn’t a day built for us I don’t know what is.

“They were really pushing the pile the upfront. (Oliveira) was making one guy miss and breaking tackles. Just physical as all hell.”

Oliveira, a third year back who was drafted by the Blue Bombers in 2019, will be making his third consecutive Grey Cup appearance since entering the league. The Winnipeg native has one goal in mind.

“I’m just hungry personally,” said Oliveira. “Just how my season started and where we’re going. I just want to win another Grey Cup. I want to bring another Grey Cup back to this city.”

Equally important in helping Winnipeg earn the right to play in the 109th Grey Cup was the effort from their defensive unit. The Bombers front seven also contained the explosive ability of James Butler and the BC rushing attack, holding them to just 28 yards on 11 carries.

The Blue and Gold also schemed in order to counteract the playmaking ability of quarterback Nathan Rourke. Winnipeg allowed Rourke to complete just over 50 per cent of his passes and forced two interceptions from the young pivot.

O’Shea was quick to credit the efforts of the Winnipeg, but also made sure the fans at IG Field shared credit for creating a difficult environment, especially late in the game.

“When we needed it the defence was certainly there to cut the pressure,” said O’Shea. “Can’t say enough about the crowd, tack them onto the defensive side. They made it so difficult on BC to run those plays at the end.”

The Blue Bombers will now turn their focus to Andrew Harris and the Toronto Argonauts as they prepare to play in the 109th Grey Cup on November 20 at Mosaic Stadium in Regina.