Stanback on Als season: ‘I wish I could rewind time’ 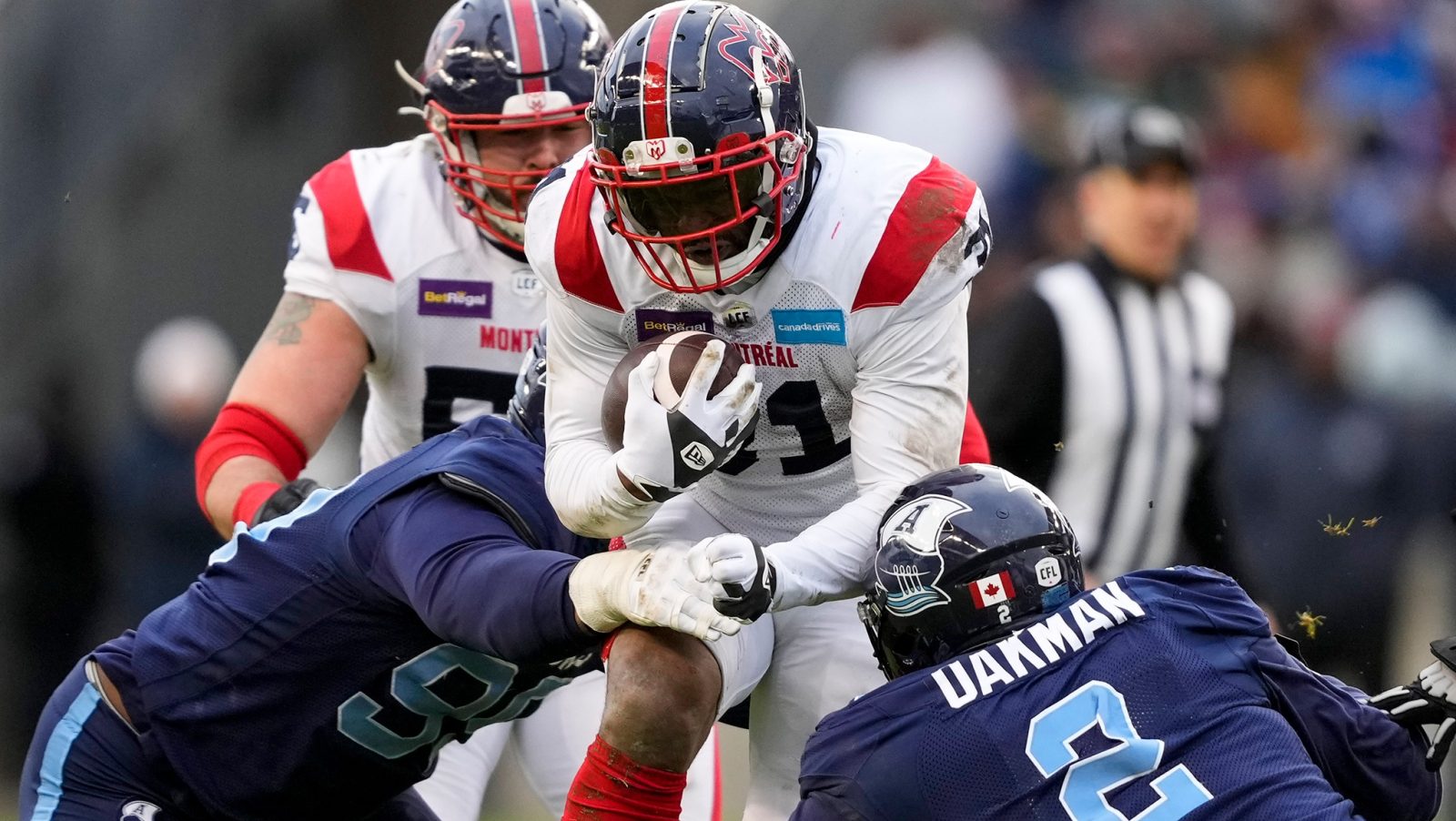 Stanback on Als season: ‘I wish I could rewind time’

MONTREAL — The book has closed on the 2022 CFL season for the Montreal Alouettes.

Despite their best efforts, the Alouettes ultimately fell short in a 34-27 loss to the Toronto Argonauts in Sunday’s Eastern Final from BMO Field.

“I wish I could rewind time,” said Alouettes running back William Stanback during the team’s media availability. “It’s just the card that we were dealt, we have to deal with it and get better next year.”

2022 CFL PLAYOFFS
» Lewis on Als loss: ‘This one hurts for all of us’
» Dinwiddie on Argos win; ‘I think this is our best offensive performance’
» Through the Lens: Eastern Final
» Argos punch ticket to Grey Cup with win over Alouettes

The Alouettes started their season with record of 2-6. However, a Week 10 overtime win against the Winnipeg Blue Bombers would help reroute the trajectory of the Als season. The team rallied to a 9-9 record and finished second place in the East Division.

“Us having that rocky road that we went through and us getting that far,” said Stanback. “It really shows the type of people we are in the locker room.”

Stanback missed the majority of the 2022 season after suffering an ankle injury in Montreal’s season opener. However, the back returned from injury in time for Week 18 and helped drive part of the Als playoff run.

During Montreal’s post-season stretch Stanback reprised his role as the team’s feature back. In two playoff appearances Stanback carried the ball 22 times for 150 yards, including a 52-yard score in Sunday’s Eastern Final.

Reflecting on the post-season, Stanback felt like he was finding his legs and shared his disappointment.

“It felt really good, it sucks that it was cut short,” said Stanback. “I felt like I was getting back into my groove at a great time, hopefully going into the Grey Cup and I wanted to showcase that on the big stage.”

Montreal quarterback Trevor Harris also shared his thoughts following the loss. Noting that he felt the most disappointed for his teammates.

“It’s emotional because you envision them drinking out of the Cup,” said Harris. “Us spending a week together at the Grey Cup.

“With all the stuff you put into it, how much you put your body on the line, what we put our bodies through  just so we can go out there and play, it culminates to that and a lot of times it kind of just hits you.”

A bright spot for Montreal this season was the emergence of rookie receiver Tyson Philpot. Philpot was named the East’s finalist for Most Outstanding Canadian, and culminated his season with an electrifying performance in the Eastern Final.

The young playmaker led the Alouettes as he caught all eight of his targets in the game for 127 receiving yards, including a 36-yard touchdown before the half.

“We just kept saying, you have to empty the tank and leave everything out there,” said Philpot. “I felt like I did that, but it’s bittersweet because we couldn’t get the win.”

Looking forward to next season, Philpot’s eyes are fixated on earning a starting spot from day one.

“I definitely think I’m going to come in next year and earn that starting spot from the jump,” said Philpot. “And be one of the playmakers on this team that leads and tries to get us back to the Grey Cup.

“I already started messaging my trainers,” said Philpot. “My coaches told me I need to take a couple weeks off just to rest the body, but I live, breathe and eat football so it’s always about what I can do to get better.”