Burnham on Lions’ year: ‘It was the happiest season of my life’ 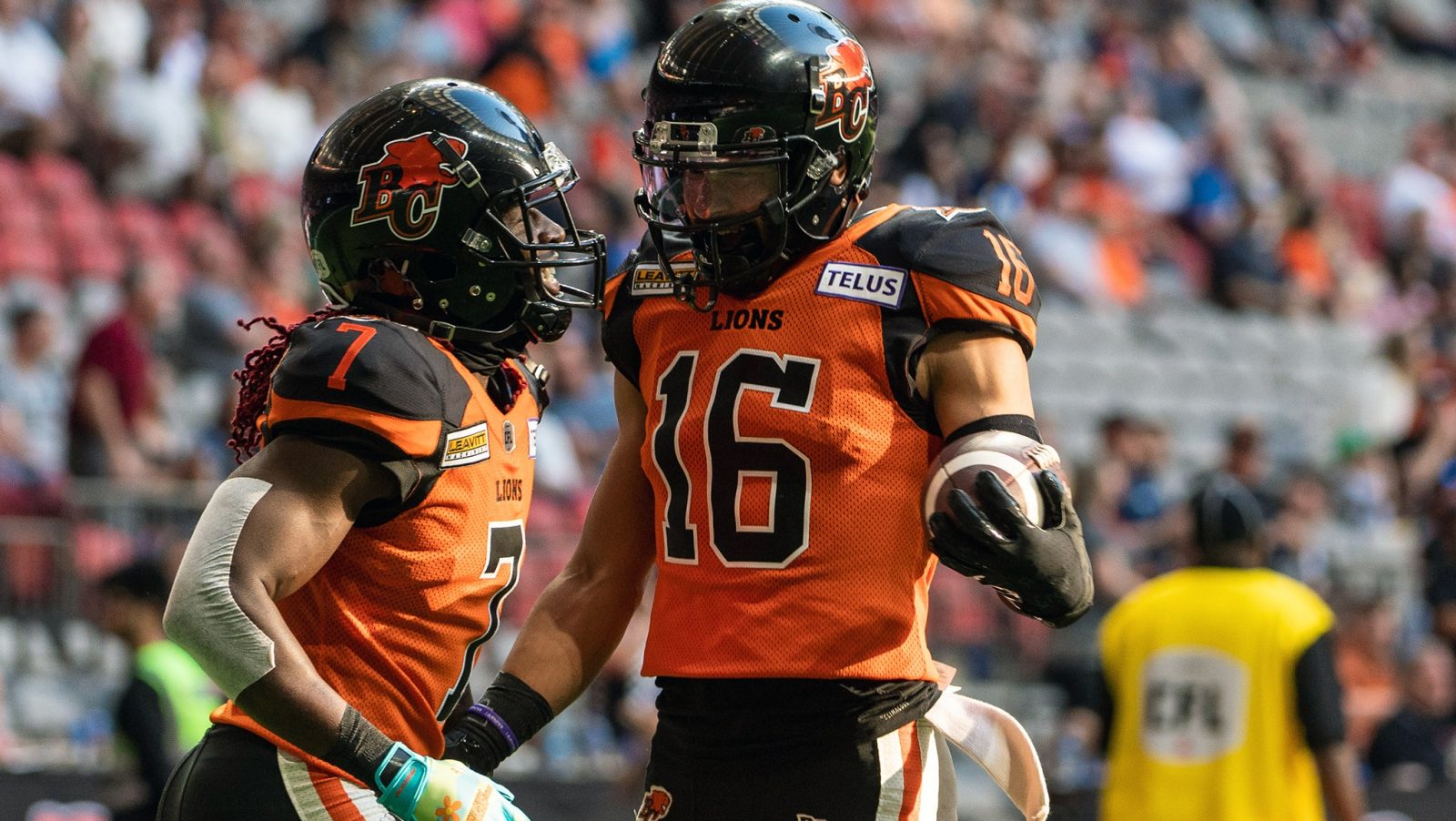 Burnham on Lions’ year: ‘It was the happiest season of my life’

He spent a week in hospital recovering from fractured ribs and a collapsed lung then missed five games with a broken wrist, but that couldn’t erase the pure pleasure Bryan Burnham felt playing for the BC Lions this season.

“It was the happiest season of my life,” said the veteran receiver. “I loved every single minute of it.

“I love these guys. I loved being a leader. I loved watching the young guys grow into leaders themselves. The receiving corps, brothers for life. It’s something I haven’t really had in the past.”

The Lions’ season ended with a 28-20 defeat at the hands of the Winnipeg Blue Bombers in the cold and snow of CFL Western Final at LG Field. The loss capped a year that saw the Lions turn their fortunate around on the field and became a must-watch team for Vancouver sports fans.

Burnham still felt the sting from losing a game BC could have won, but was excited about the team’s potential and relishes the bonds that were forged.

“It’s sad but today I’m just celebrating my brothers,” he said. “This is the greatest team I’ve ever been part of. The brotherhood we have in this locker room is like nothing I’ve ever experienced. I’m proud of the guys.”

He also understands the nature of professional sports and knows some players won’t be back next year.

“Especially in the CFL, with the amount of one-year contracts guys have, it’s never going to be the same,” he said. “That’s unfortunate.

Picked by some to miss the playoffs prior to the season, the Lions roared to a 12-6 record to finish second in the West Division and hosted their first playoff game since 2016. BC beat the Calgary Stampeders 30-16 in the Western Semi-Final before losing to the two-time Grey Cup champion Blue Bombers.

Rick Campbell, BC’s head coach and co-general manager, likes the direction the Lions are headed but said the journey continues.

“We played well as a team and established some chemistry and continuity,” he said. “As individuals there’s ways we can get better and develop into better coaches and players.

“We’ve made a lot of progress in the right direction. I think continuity wins in this league. We’re going to be working hard trying to retain coaches and players and fitting that whole piece of the puzzle together.”

One piece of that puzzle is quarterback Nathan Rourke.

In just his second year, the Canadian-born quarterback had a phenomenal season. Despite missing half the year with a foot injury, the 24-year-old completed 255 of 324 passes for 3,349 yard and 10 interceptions. His 78.7 passing percentage was the best in the league and his 25 touchdown passes were second only to the 37 thrown by Winnipeg’s Zach Collaros.

Rourke’s play has caught the attention of the NFL and he’s scheduled to attend several workouts.

Rourke said he doesn’t want to “just show up to get a T-shirt,” and would only “go to a situation that makes sense.”

If things don’t work out, returning to the Lions would be his first choice, he said.

Campbell said having other teams sniff around your players and coaches is a positive sign.

“Although that’s frustrating, it means something good happened,” he said.

Campbell was also happy with the play of quarterback Vernon Adams Jr., who BC acquired in a trade from Montreal after the injury to Rourke.

“He played some good football for us,” he said. “He came into a tough situation.”

Burnham, who missed just three games in his previous five season seasons with the Lions, was limited to nine this year due to injuries. He still finished the year with 41 catches for 596 yards and four touchdowns.

The physical pain Burnham felt this season didn’t compared to the mental anguish he and his wife Aubrey experienced last year. Aubrey suffered a ectopic pregnancy before training camp, then a miscarriage later in the season.

“It’s just the happiness I felt everyday walking into work this year,” he said. “Comparing it to last season, sitting in my car for five, 10 minutes in the parking lot, putting that face on, burying all the bad feelings and just trying to come to work and get through it.

“This year, just being genuinely happy to wake up in the morning and come to work every day. That’s just a testament to the things that have happened in my life.”

Burnham said he’s going to discuss his future with his wife.