Business As Usual: The Bombers touch down at GC109 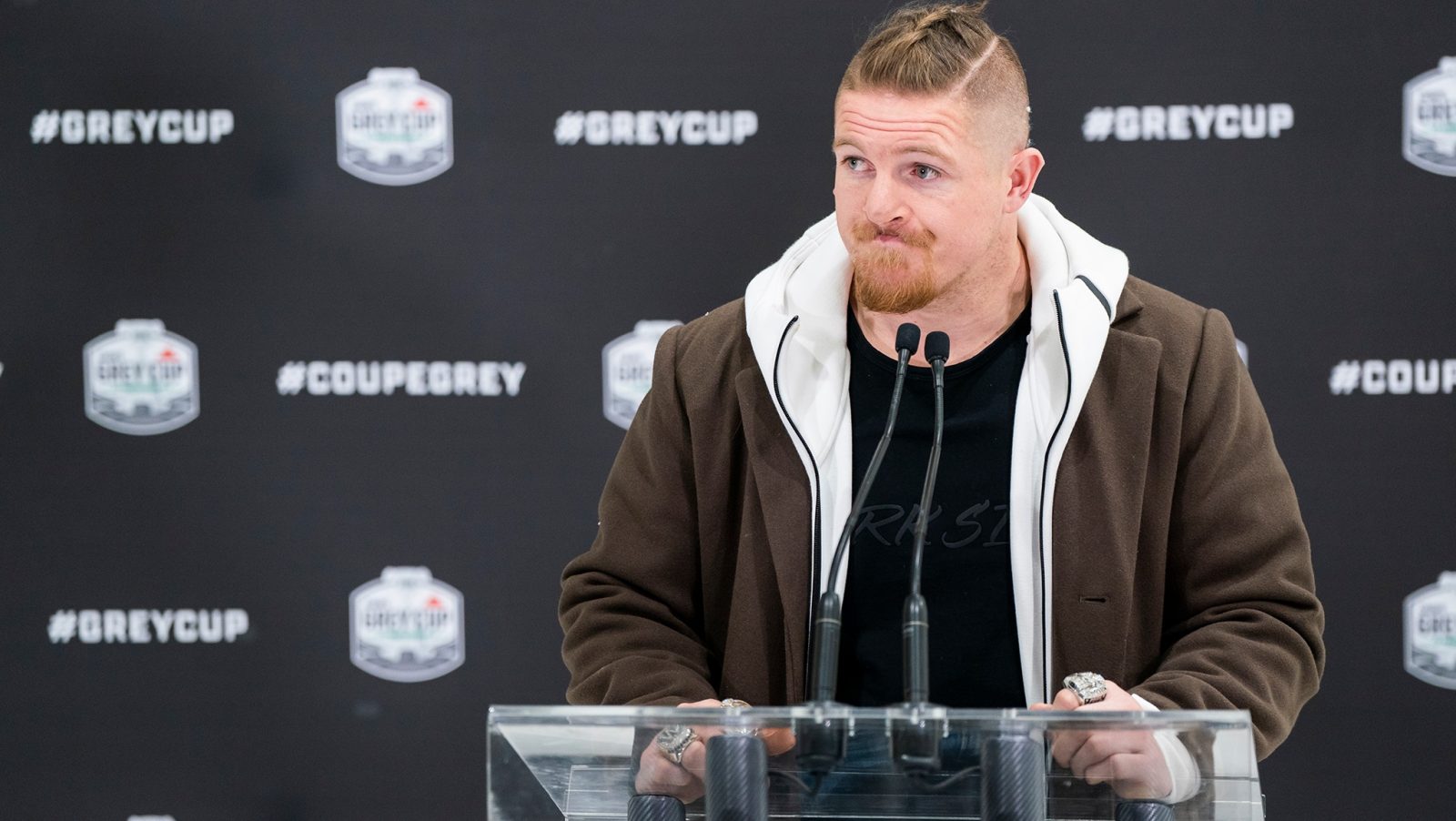 Business As Usual: The Bombers touch down at GC109

The Winnipeg Blue Bombers touched down for Grey Cup week and immediately announced what they seem to always announce; That is that this is a game just like any other game.

It is, of course, not that. This is a game of a different magnitude. It always is. And you might question whether it could possibly be anything else for any team, even one so thoroughly cloaked in even-keeled, methodical insistence.

With the possibility of winning a third championship in succession – something that hasn’t been done in this league since Edmonton accomplished the feat in 1980 – I put it to Winnipeg head coach Mike O’Shea that this game couldn’t possibly be business as usual, not even for the Blue Bombers.

Through the Lens: Bombers arrive ready to attack GC Week

“Yes,” O’Shea replied and then paused for a moment before underlining his answer by following up with “it has to be.”

You can’t shake the processional persistence of the Winnipeg Blue Bombers, even if it does come with a tad more playfulness from the head coach, who displayed a dry wit as he held court with the media just after the team’s charter flight arrived in Regina, ahead of Sunday’s battle with the Toronto Argonauts.

The Bombers have a curfew this week, by the way, and it’ll be 11 o’clock, confirmed O’Shea before cracking: “Now everybody knows, so if you see our guys out… I’ll give you my cell number.”

“That process is what’s gotten us here,” said O’Shea of the weekly mental preparation that has served the Blue Bombers so well. “It’d be foolish to change that. The one message for the players tonight would be; find a way to get back to that process. Those little things that you do on a regular basis. You’re gonna have to find time for those things. And don’t skip them over.”

“They just have to plan differently through the day,” admitted O’Shea, “because there’s a lot of draws on their time.”

Still the expectation of preparation consistency is there and it was well underlined by the comments of linebacker Adam Bighill and receiver Greg Ellingson, each of them a veteran of many a Grey Cup battle.

“We’re focused on what we always focus on,” said Bighill, sporting the three Grey Cup rings he has won over his career, including two with Winnipeg and one while he was a BC Lion.

“The details of playing the best game that we can. Trying to play the perfect game. Those are the things that are going to allow us to be successful.

“When the dust is settled after the last whistle we can then talk about what the aftermath may or may not be.”

Legacy? A place alongside the greatest teams in CFL history when it comes to championship dominance? Doesn’t that change the feeling heading into a game? Pfft.

“Nah,” shrugged Bighill when asked if he thinks about such matters. “That’s for you guys to do.”

“We’re here to do what we’ve been doing every week,” said Ellingson, who won a championship while with Ottawa in 2016 and is now making his sixth Grey Cup appearance. “Prepare the right way, watch the film, practice hard and try to be one and oh once again.”

“This team, this year, is definitely the hardest working team that I think I’ve been a part of,” said Ellingson.

If the Winnipeg Blue Bombers have any urges to think about the Grey Cup in terms other than those they usually use to frame the next game on their horizon, they won’t admit it. And they seem to know that if they do take note of that urge surfacing, it is their duty to squash it before it can see too much sunshine.

And there appear to be no worries that they’ll do anything but, judging by the joyful mood their head coach was in as he and his team arrived in Saskatchewan on a Grey Cup business trip. A business-as-usual trip, really.

And for the coach, there is the comforting knowledge about that trip, because he knows what he’s got in his team and what he can expect to see this week as the Bombers ready themselves to battle the Toronto Argonauts this Sunday at Mosaic Stadium.

“I like walking through meeting rooms at all hours,” said O’Shea with a slight grin, “when other people are doing whatever they’re doing Grey Cup Week and we’ve got a bunch of guys sitting there watching film together.”

That is the essence of a team that has been diligently crafted by O’Shea and the Blue Bombers these past few years. It’s on display again as Grey Cup week dawns and the Bombers chase a victory of historical significance, even if they don’t want to see it as such.

An attitude that has been crucial in them having this opportunity in the first place.