Quote Board: Standout comments from the Argonauts 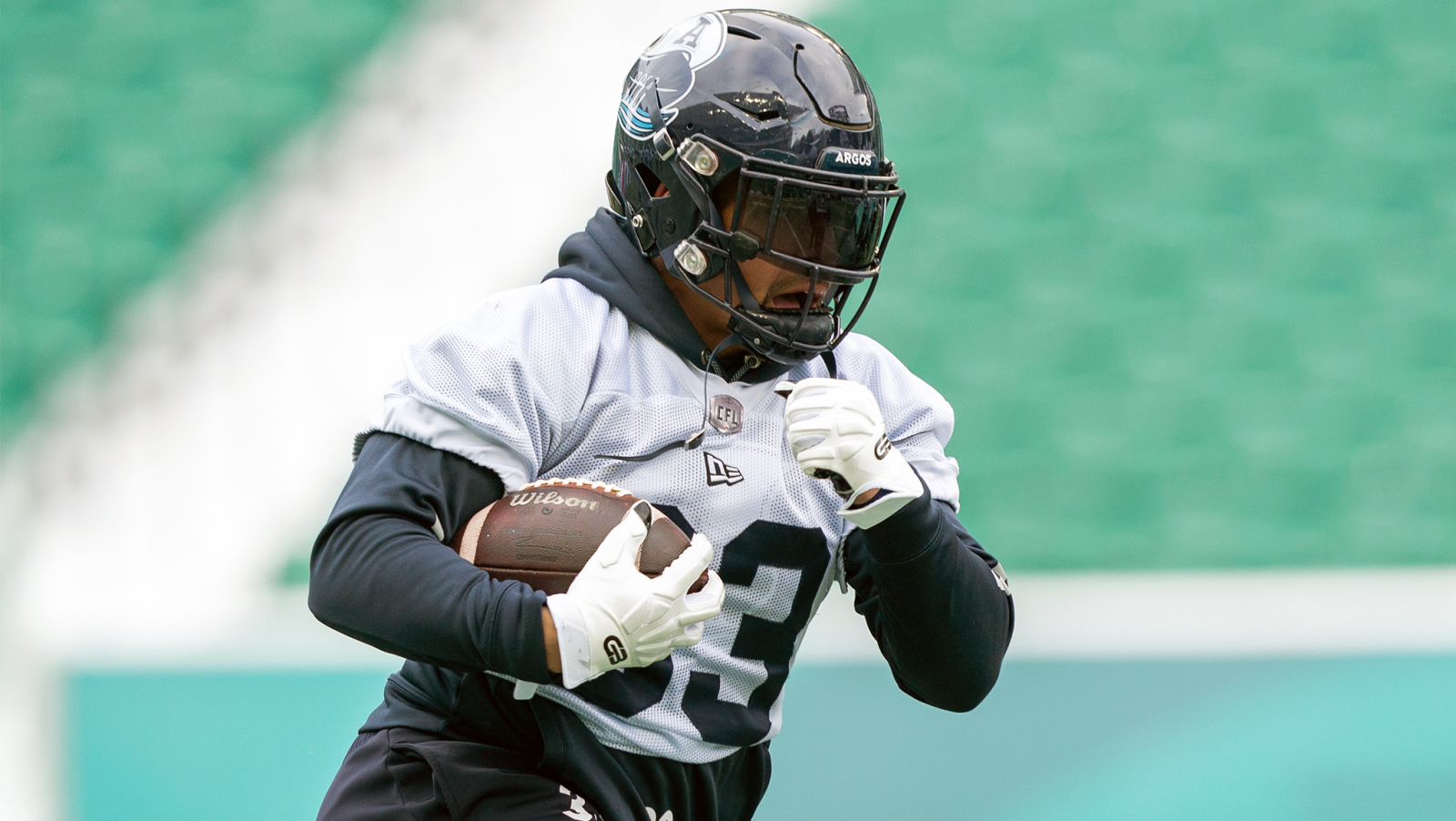 Quote Board: Standout comments from the Argonauts

REGINA — Following in the footsteps of their coaches from this morning’s press conference, members of the Toronto Argonauts spoke to the media on Wednesday afternoon.

Toronto took the field at Mosaic Stadium, marking the first time the team has practiced in Regina ahead of the 109th Grey Cup.

Then after practice, running back Andrew Harris, quarterback McLeod Bethel-Thompson and defensive end Ja’Gared Davis answered questions about the messages they’re sending to their teammates, Harris’ recovery, and much more.

109th Grey Cup
» Argonauts, Blue Bombers to compete for 109th Grey Cup
» Quote Board: Standout statements from head coaches press conference
» Fire and Ice: Bethel-Thompson touches down at GC109
» Head To Head: Who has the advantage in the Grey Cup?

Through the Lens: Argos take the field for first practice in Regina

Standout remarks from the Toronto Argonauts

“When I look at the full spectrum and everything that’s happened in the last five years to now is amazing. I’d be lying if I said I didn’t have this date, the Grey Cup circled in my mind.”

“He and I have the same doctor, Dr. Dwight Chapin, so I hear stories from him like, ‘I’ve never seen anything like this. His recovery is unbelievable.’ You see him in the weight room and then a couple of weeks later he’s starting to push weight, and it’s like well how is that possible? And a lot of that was done behind the scenes on his own in the night and that’s where championships are made.”

– Bethel-Thompson on the recovery process of Harris.

“My biggest message to them is to stick with what got you here. Don’t try to go, ‘I have to make this type of play this week, I have to go above and beyond my normal means to become a Grey Cup champion.’ Because it’s not true, you really have to stick with what got you here. Stick with the same basic nuances, it’s the small things that make the biggest difference in these types of game.”

– Ja’Gared Davis on his message to his teammates.

“We’re so fortunate to have the two best running backs in the league, we’re just like a one-two punch you can’t beat it. It’s thunder, more thunder and more lightening.”

– Bethel-Thompson on the Argonauts running backs.

“Consistency. They are one of the most consistent team I’ve seen probably since I left Calgary back in 2018. They’re a team that doesn’t really beat themselves, they really play together . Regardless of the ebb and flow of the game they’ve always got each other’s backs. They’re a really minimal mistake team, they really bank on the opposite team making more mistakes and capitalizing on it.”

– Davis on what he’s learned about the Winnipeg Blue Bombers.

“We know what this means to him. You don’t go through that strenuous day in, day out rehab with not a lot of hope. You don’t approach it so vigorously if you don’t want to come back so badly and if it didn’t mean that much to you. We’re privileged to have him in our locker room so of course there’s a little bit of win one for (Harris). He wasn’t happy with the way he left. Obviously the team moved on and as a player you have to be a little disrespected by that.”

– McLeod Bethel-Thompson on wanting to win for Harris.