Quote Board: The best remarks from the Bombers 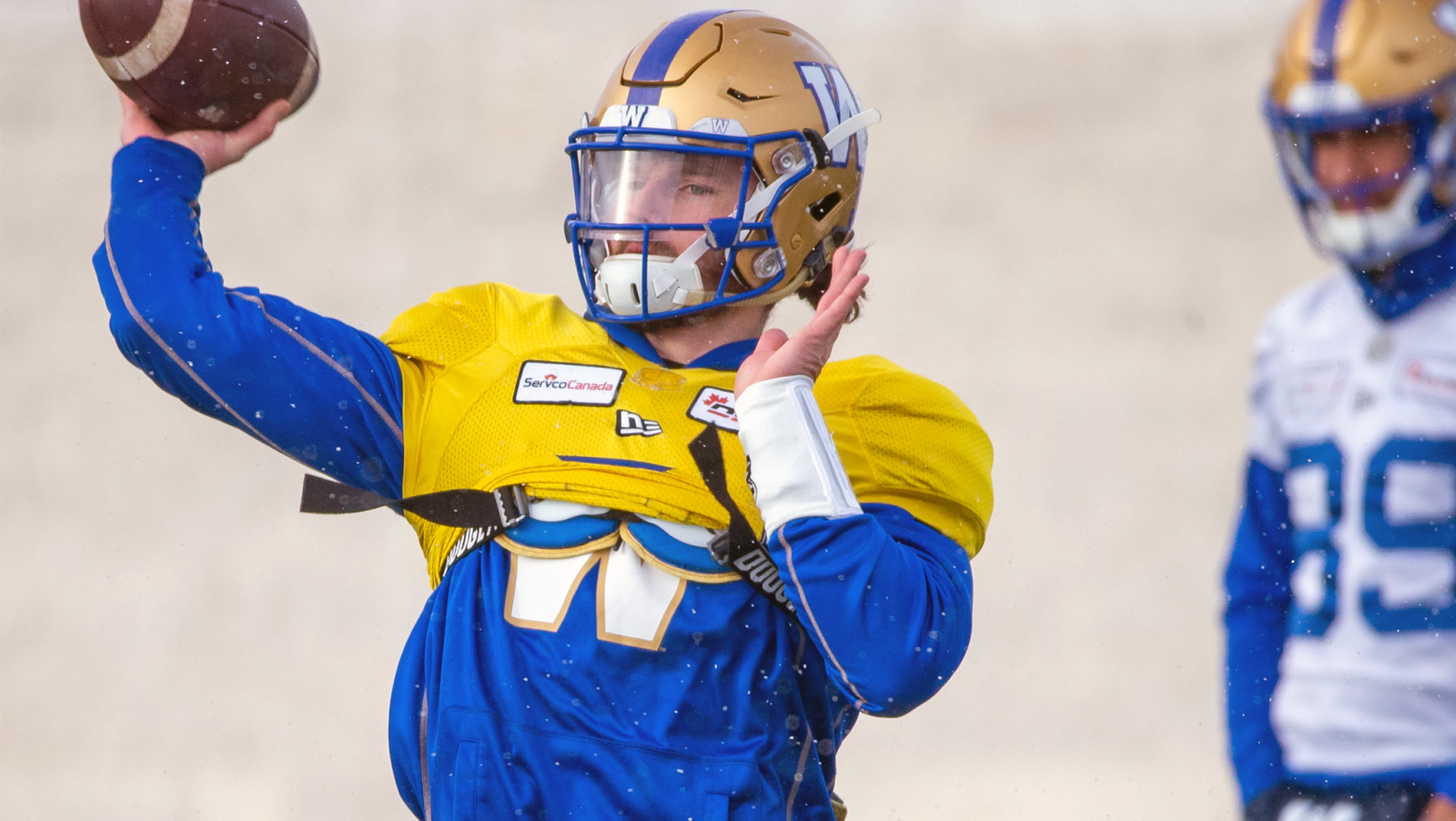 Quote Board: The best remarks from the Bombers

REGINA — The Winnipeg Blue Bombers took the field at Regina’s Leibel Field for their first practice ahead of the 109th Grey Cup.

On Wednesday morning Winnipeg Blue Bombers head coach Mike O’Shea addressed the media at the head coaches conference, and his players did the same following the team’s practice.

109th Grey Cup
» Argonauts, Blue Bombers to compete for 109th Grey Cup
» Quote Board: Standout statements from head coaches press conference
» Business as Usual: The Bombers touch down at GC109
» Head To Head: Who has the advantage in the Grey Cup?

Through the Lens: Bombers take the field for first practice ahead of 109th Grey Cup

“I think that (Pierce’s) demeanour allows all of us to come together. We’re all different guys, but we are all competitive and well see the game a little bit differently. We have a lot of similarities in how we see it as well, but I think just being able to learn from (Pierce) and (Collaros) and (Prukop), I’ve spoken about (Collaros) as many times as (the media) have asked me questions about him. He’s helped me grow a ton as far as the game up here and in helping me kind of find the differences and similarities.”

“It’s definitely different. I’ve been talking to him all year long and have even talked to him already this week. We both congratulated each other on the wins and you know just kind of laughed it off. This is kind of a crazy moment how we remember in 2019 and even back in 2018 when I signed with the team this was our goal to come out here and win a Grey Cup and now we’re facing off against each other for a Grey Cup.”

“It’s exciting I was just talking with my partner, my family about it. For me it’s kind of come full circle starting my football career here playing at the old Mosaic Stadium and playing at Luther College High School, so it’s pretty exciting for me on a personal note to be back here for Grey Cup week.”

– Patrick Neufeld on playing a Grey Cup game in Regina.

“I think he’s probably the best football player I’ve ever played with, at any position. He’s the most consistent player I’ve ever played with. He’s just so dependable in his preparation and what he’s going to do on the field on game day that you know he’s going to get the job done. I think as an offensive lineman you want to be known as being a consistent and physical player. I think those are two incredibly important traits and that’s exactly what standard is to a tee. So, it’s just been an hour to be able to play with him and learn from him and watch him work on a daily basis. I think it’s pretty great to play with the best lineman in the history of the CFL.”

“I’ve been playing in this type of weather for as long as I can remember. It’s just even, you know, organized football or playing in the backyard or playing in the school yard. So cold weather doesn’t really do too much to me and it’s just locking in and just being in the moment in these games.”

– Demski on his consistency in cold weather games

“(Schoen) has been great. The moment he’s put on, even a practice jersey in training camp, i mean each week he’s just gotten better and better and he’s making strides and he hasn’t slowed down at all this year. To me he’s just picked up speed if anything. He’s great, off the field, on the field, in the weight room and film room. He always wants to learn, he always wants to get better.”

– Demski on what has made rookie receiver Dalton Schoen so impactful

“It’s been really cool to see him grow over the season and really take ahold of kind of that slot on our team and see him open up throughout the season and become involved and more comfortable in what we do. He’s a tough runner and I say it every week when he gets his pads down over his knees and he’s running north and south, he’s a load.”