Rekindling the Flame: Darby excited to be back in Winnipeg 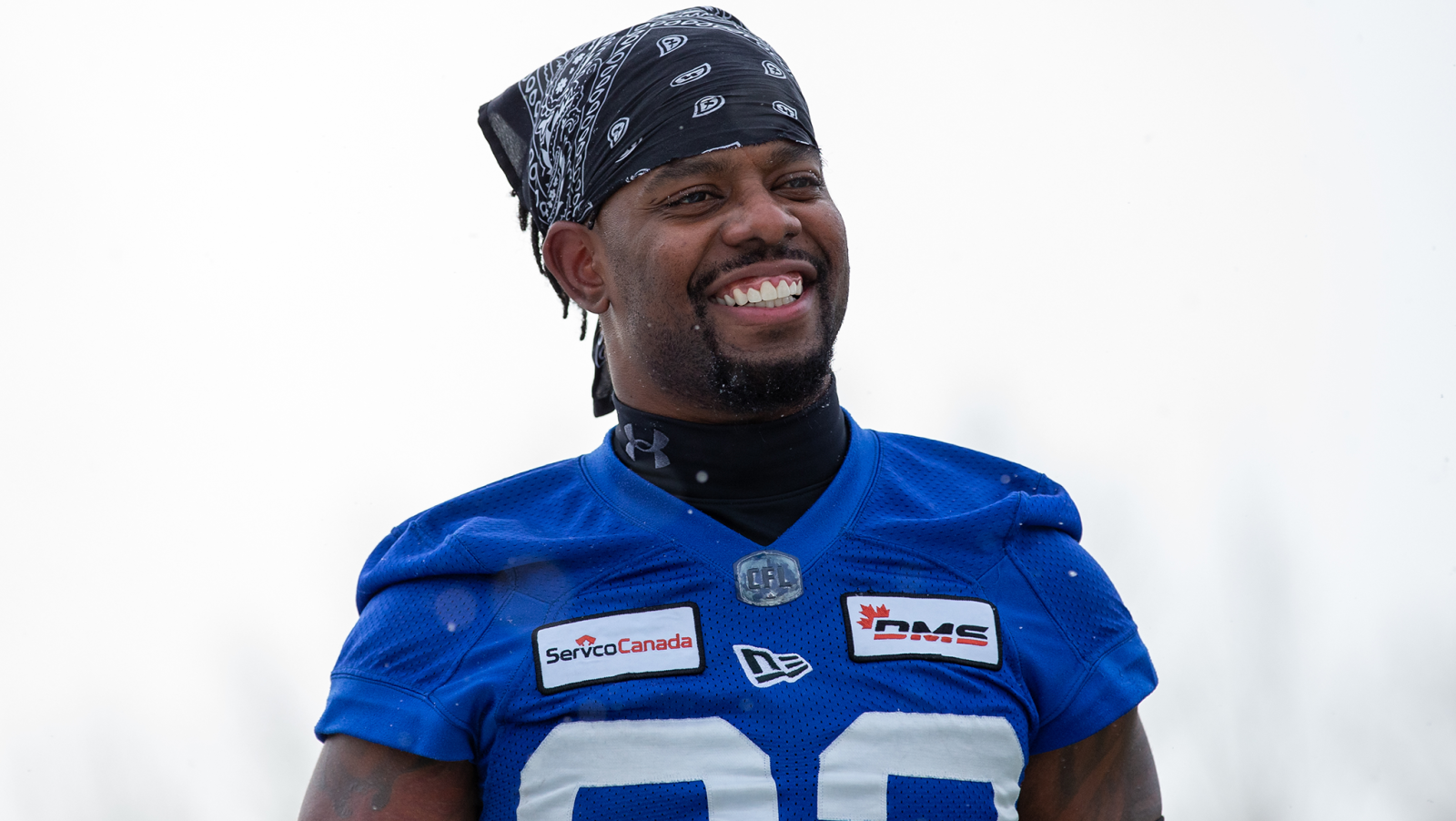 Rekindling the Flame: Darby excited to be back in Winnipeg

Alden Darby Jr. just wanted to be wanted. And it is particularly gratifying to him that it was the Winnipeg Blue Bombers who wanted him.

“I can’t say enough about the guys on the team and how close we are,” Darby said following a blustery Wednesday practice for the Bombers. “And how we literally love to play for each other.”

As the Bombers prepare to defend their title against the Toronto Argonauts in the 109th Grey Cup game, Darby is luxuriating in being back in Winnipeg, back with a band of brothers he so clearly adores.

It’s the fifth-year veteran’s second go around with the Blue Bombers, who first acquired him in a trade with Toronto during training camp in 2021. He won a Grey Cup with the team last season, but then took a free agent offer from Hamilton, where he mostly languished on the bench, this season, a healthy back-up or a healthy scratch. It was frustrating.

Then, he got the news that he’d been traded back to the Bombers, at the beginning of October. It was energizing.

“Anybody at that time would be happy to be traded to Winnipeg,” said Darby, making note of the winning ways that had been continuing for the team in 2022.

First-year player Donald Rutledge Jr. was pressed into the SAM linebacker spot for the Blue Bombers at the beginning of this season, after Mercy Maston – who was expected to be Darby’s replacement at the position – was injured in training camp and lost for the year. But the Bombers felt they could use more experience at SAM and with Darby being made available by the Ticats, they snapped at the chance to bring him back.

The way Darby talks about his teammates, you’d have to assume he wishes he’d never left Winnipeg in the first place, though he doesn’t spend much time agonizing over his decision to sign with the Ticats. He’s just too preoccupied with being joyful about being a Blue Bomber again.

“A lot people think everybody’s happy because of the winning,” began Darby, who then went on to assure that the victories aren’t everything when it comes to that joy. “Man, even if we were losing we’d still be a family here. It’s not about the wins and losses it’s about the bonds and the relationships we’ve built with each other. It’s amazing.”

“We know each other’s wives, girlfriends, kids. It’s just something that happens over time. It was built over time.”

And the current runs both ways, it seems. All you have to do is talk with linebacker Adam Bighill, who is free with his praise for Darby.

“He’s a very good football player,” said Bighill. “He understands the Xs and Os. Route concepts, schemes, everything. Me and him see the game so much the same. We have great conversations about football. He’s one of my favourite teammates for sure. Off the football field he’s a great dude, funny dude. Happy to have him back.”

In a quirk that seems hard to believe, the Grey Cup game will mark the first time Darby has played the Argonauts since he was traded to Winnipeg in July of last year. He didn’t get into the Winnipeg line-up until after the Bombers and Argos had played an early season home and home set, and he never saw the active roster in the four games the Ticats played against the Argos this season.

The three games he has played with Winnipeg since being traded back to the Bombers all came against the BC Lions, including last week’s Western Final, where Darby contributed to a 28-20 win with a tackle, 3 knockdowns and a very timely sack, which came on the first play of BC’s final, failed drive of the game.

It was his best game, so far, in his return to the Bombers.

There’s that, but there’s also the fact that Darby just loves playing SAM and the responsibilities the position entails.

“Playing around the ball, blitzing, playing man-to-man, zone, communicating a lot, that’s kind of right up my alley,” said Darby, who has 200 regular season tackles and 9 interceptions in his career. “You’ve got to be smart, be athletic. You’ve got to be able to tackle, make plays in the box. I like doing a bit of everything.”

“I want to play for my brothers,” he said, when asked what his essential motivations are. “Give it all for my guys. I mean, they’ve built something here all season long. They were 15 and 2 when I got traded back here. I just wanna make sure that I don’t come here and mess it up. I wanna give it my all every single play.”