A Special Set of Skills: Grant aims to impact game 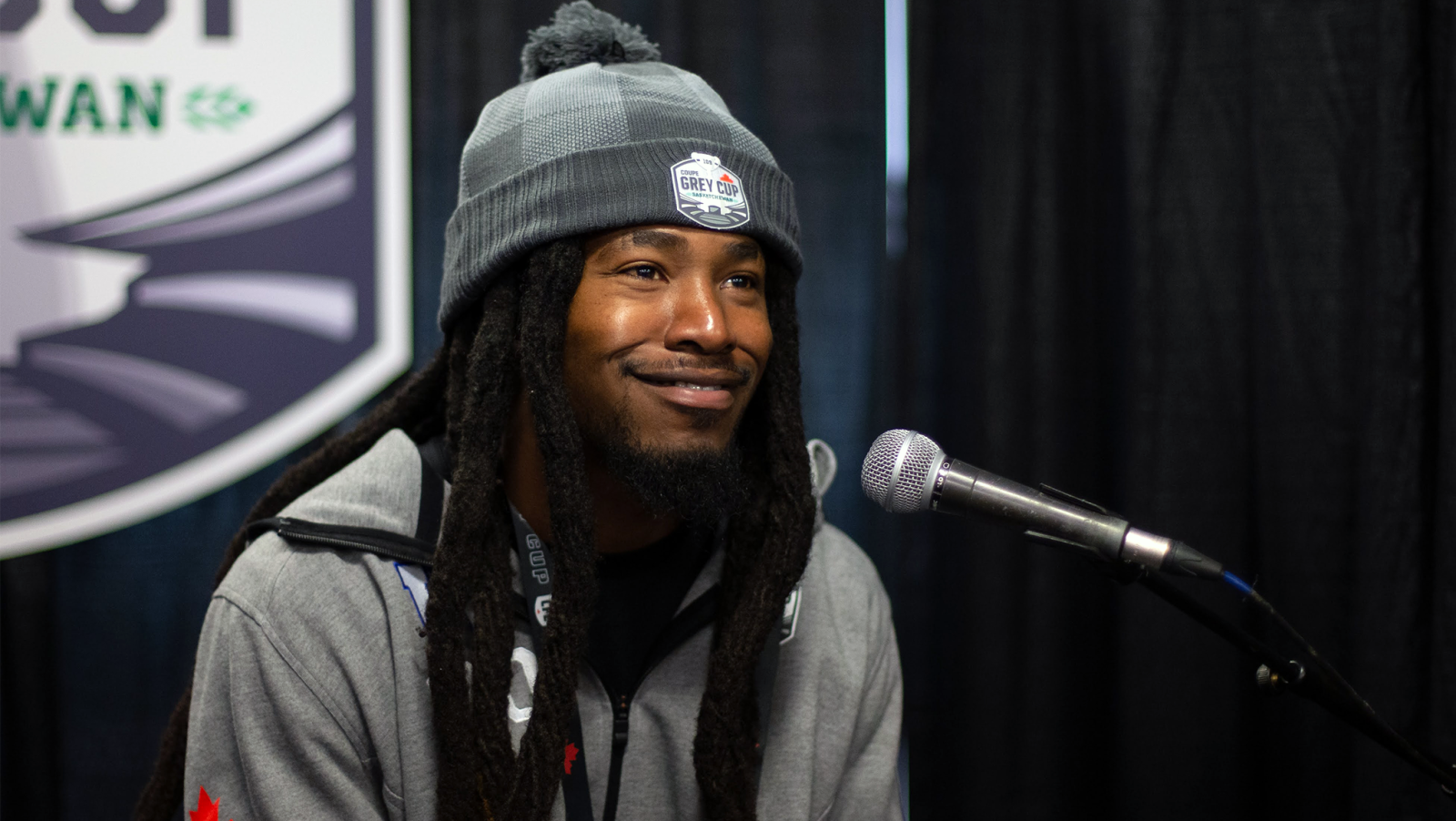 A Special Set of Skills: Grant aims to impact game

Janarion Grant believes he can be a difference maker when ever he touches the ball.

The Winnipeg Blue Bomber’s return specialist and CFL All-Star can turn a game around in mere seconds. He can put points on the board himself or give his team instant field position.

“There are certain things that you have to be able to do to put your team in the best position,” said Grant. “I’m always looking to take it back every time I touch the ball.”

109th Grey Cup
» Argonauts, Blue Bombers to compete for 109th Grey Cup
» O’Leary: Collaros’ health becomes the talk of GC109
» Quote Board: The Bombers share their post-practice thoughts
» Head To Head: Who has the advantage in the Grey Cup?

Grant has the potential to have an impact on Sunday’s 109th Grey Cup when the Bombers look to win their third straight CFL title against the Toronto Argonauts at Mosaic Stadium.

“I always feel like I can do that,” he said. “It’s knowing what I can do and what I can’t do. Whenever I touch the field, I’m aware of what is going on in the game.”

At five-foot-nine and just 160 pounds Grant isn’t an imposing figure. The 28-year-old from Fort Trilby, FL, has blinding speed, but he also possesses the ability to see an opening and launch himself through it.

“All the returners in the CFL are fast,” said Paul Boudreau, Winnipeg’s special teams coach. “Some don’t trust that the hole may be there when they get there and start to abort on their own.

“He trusts the guys in front of him are going to be there when it’s time for him to be going full speed.”

Grant said trust and reaction are the keys to a good return.

“You have to trust your return guys,” he said. “Once you see that hole, you have to hit it.

“In punt returns you have guys coming from all angles. You have to be able to see that hole, get into it, and go north.”

Grant also has good balance, bounces around like a rubber ball, and isn’t brought to ground easily.

“For a guy who is not huge, he breaks a lot of tackles,” said Boudreau. “Arm tackles don’t bring him down.

“There’s been some big dudes that have bounced off him for a guy that’s not big in stature.”

Grant had two big plays in the Bombers 28-20 win over the BC Lions in the Western Final. One opened the door for the Lions, the other slammed it in BC’s face.

In the first quarter, Grant fumbled a punt from Stefan Flintoff deep in Winnipeg territory. The Lions recovered on the Bomber six-yard line, setting up a touchdown that gave BC a 7-6 lead.

Grant made amends in the second quarter, returning a punt 92 yards for a touchdown, giving Winnipeg a 16-7 lead. It was the second longest playoff punt return in Bomber history, after Jason Armstead’s 93 yards in 2008.

“You just move on to the next play,” Grant said as he described the rollercoaster of emotions he felt in the playoff game. “You know what you did that play, but you know what you can do. You don’t let that get in your head.

Grant was second in the CFL this year, returning 63 punts for 817 yards and four touchdowns. He was third in kickoff returns, with 31 for 782 yards and a touchdown.

Boudreau said the Bomber return teams have a mixture of veterans, like Mike Miller, Shayne Gauthier and Jesse Briggs, and young players like Tanner Cadwallader, Nick Hallett and Tyrell Ford.

“He (Grant) is the one that gets the credit at the end of the day, but the other guys are in the right place at the right time, staying penalty free,” said Boudreau.

“They’ve done a great job perfecting and trying to perfect their craft to staying penalty free on returns. They know if he gets the ball in his hands, and we stay penalty free, we’ve got something good that can happen.”

The weather report for Sunday is predicting -2C at kickoff time after a full day of sun. Grant said he’ll inspect the field prior to the game, checking the footing. Wind or falling snow can affect handling a kick.

“If there’s wind, that’s the most important thing because the ball can (sail), it can dive really fast,” he said. “You have to be conscious of everything that’s going on and be aware.”

Grant will also have to deal with Toronto punter John Haggerty, an East Division All-Star who has an Aussie kicking style which can cause the ball to flutter sometimes.

“I know he has a strong leg. You have to be prepared for that.”

The Argonaut coverage teams will be ready after spending the last week watching Grant on film.

“They’re solid,” said Boudreau. “They play pretty physical ball. They play on the edge. Maybe they try to get you off your game a little bit. “They get hats to the ball, which is always important.”