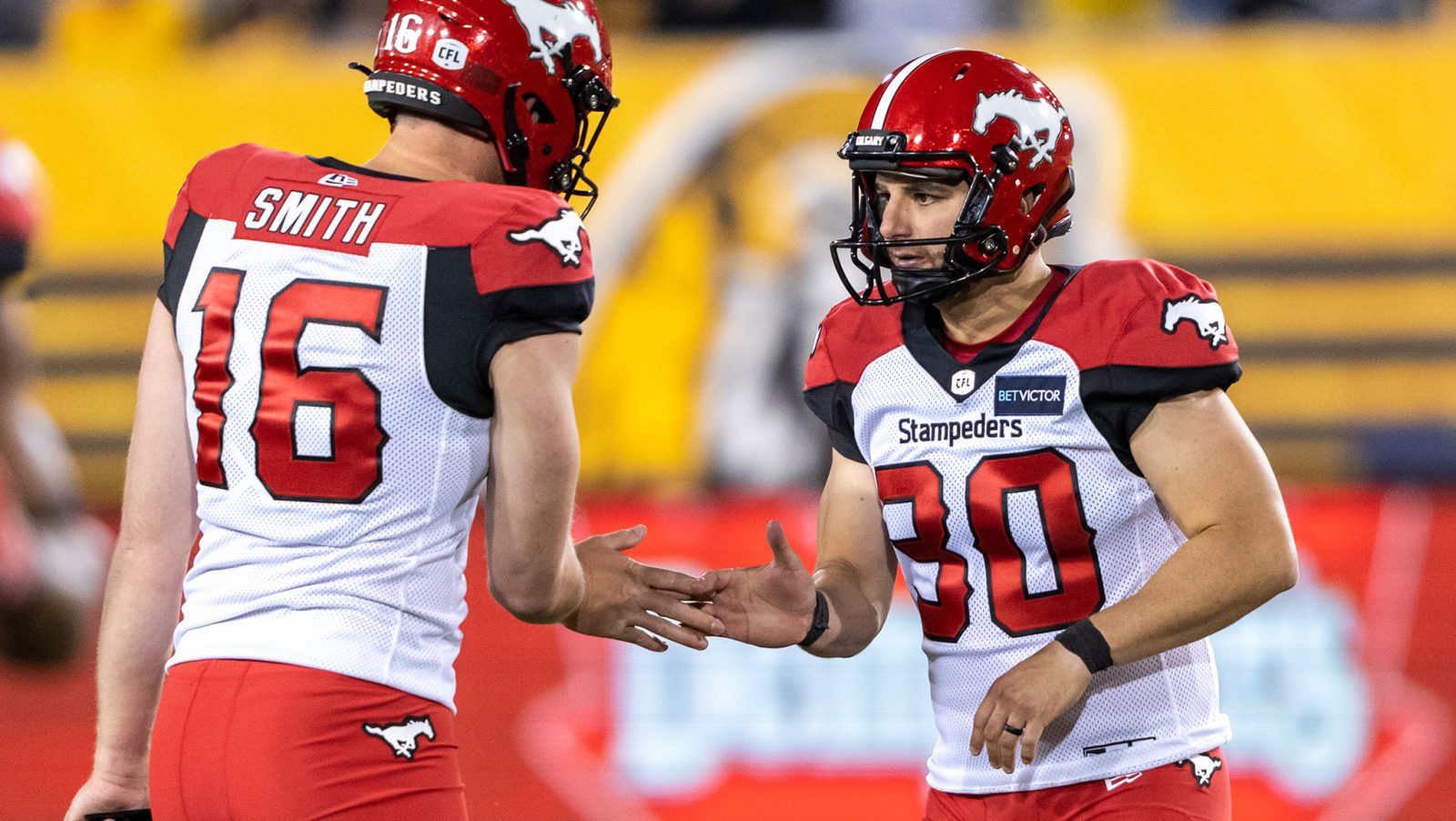 CALGARY — The Calgary Stampeders have announced that National kicker René Paredes is returning for a 12th season with the team.

“I’m truly honoured and humbled to come back for my 12th season in the Red and White,” said Paredes. “I can’t wait to get back on the field next year and compete for a championship.”

“We’re pleased René has made the decision to continue his career and we welcome him back,” said Stampeders president and general manager John Hufnagel.

“He is one of the greatest kickers in Canadian Football League history and his consistency and reliability since the beginning of his career have played an important role in our team’s success.”

Paredes is coming off another stellar season in 2022 as he led the league in scoring with 211 points and also was at the top in both field goals with 54 and field goals of at least 50 yards with five.

Paredes was the league scoring champion for the third time in his career and he converted at least 90 per cent of his field-goal attempts for a league-record sixth time. During the 2022 season, Paredes – born in Venezuela, raised in Pierrefonds, QC, and now a full-time Calgary resident – moved into the CFL’s top 10 in all-time scoring.

The Concordia alum finished the season with 1,944 career points in 193 regular-season games. He is a six-time division and league all-star and was part of Calgary’s Grey Cup-championship teams in 2014 and 2018.

Paredes has been a team captain for eight years and his active streak of 193 consecutive regular-season games played ranks 13th in CFL history.