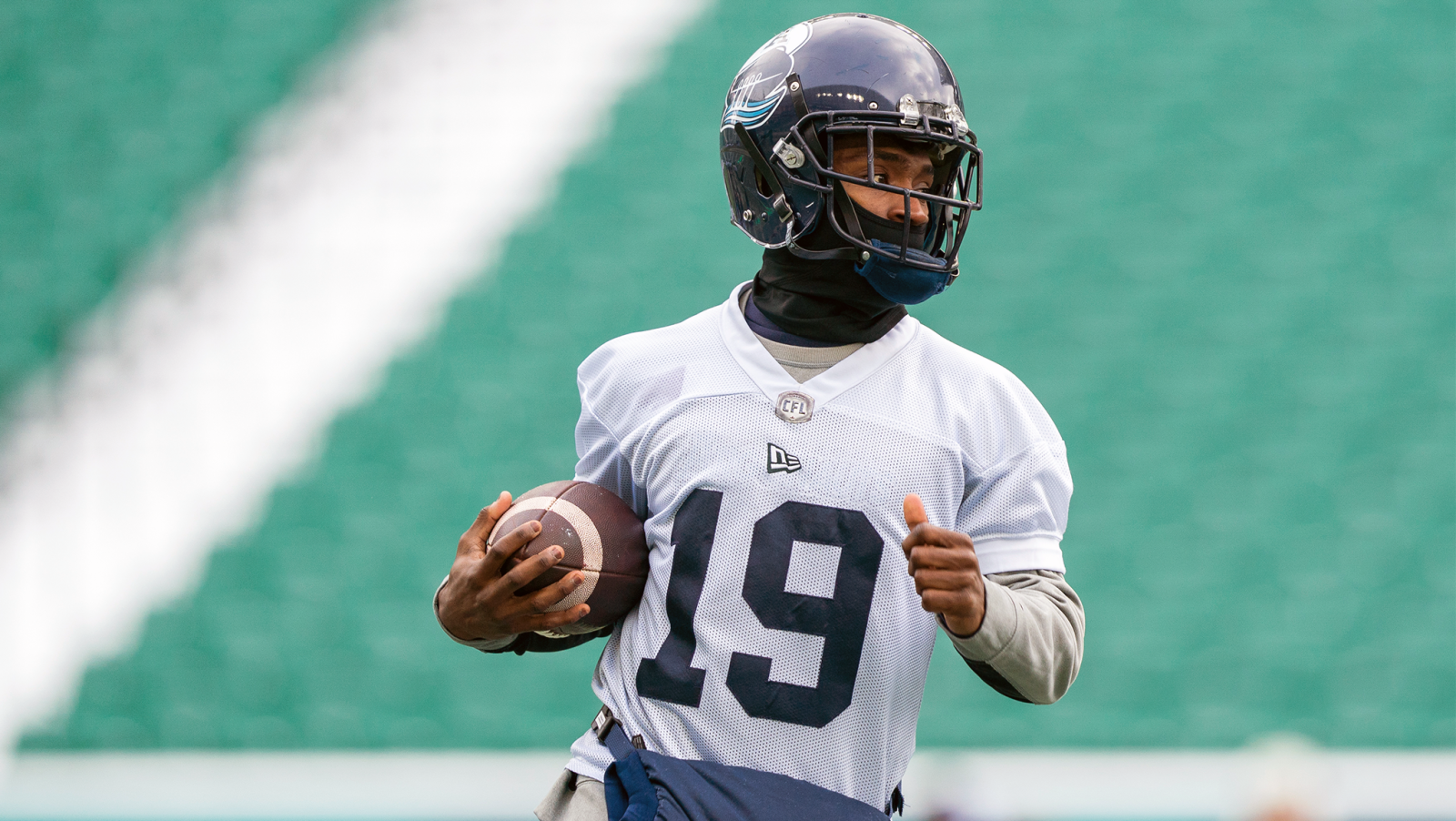 What started as a vision of nine teams becomes reality for one come Sunday night.

The 109th Grey Cup also brings the conclusion of the CFL fantasy season, giving us one last chance to start and sit players before the offseason rolls in. For the Grey Cup edition, we will offer a start and sit for both the Toronto Argonauts and Winnipeg Blue Bombers.

The third-year pro from Wilfred Laurier University has shown why he earned his first CFL All-Star nod over the past two games, catching a combined 16 passes for 214 yards and two majors on 17 targets. Kurleigh Gittens Jr. has left little doubt that he is the man McLeod Bethel-Thompson ($9,100) looks for in critical situations. He has also established himself as a solid fantasy option, having scored at least 13.1 fantasy points in five of his last seven games, including consecutive outings of 24.7 fantasy points.

Gittens fared well in his regular season matchup against the Blue Bombers, catching five passes for 67 yards (11.4 fantasy points) in a Week 4 loss at home. With everything on the line, look for Gittens to be in the neighborhood of 8-11 targets. Based on his last two games, a high volume of targets to Gittens will result in top-tier fantasy numbers.

The sight of the hero of Winnipeg’s past two Grey Cup title games appearing in Double Blue on the opposite sideline could be the foundation of an Oscar Award-winning screenplay. Toronto signed Andrew Harris exactly for this Sunday, and with him showing he’s healthy after combining for 74 yards from scrimmage and his first touchdown of the season in the Eastern Final win over Montreal, count on the Argos to make him a vital part of the offence.

At the same time, the Blue Bombers will do everything to make sure Harris doesn’t deny them of their place in CFL history as the first three-peat winners since the Hugh Campbell-led Edmonton reign from 1978-82. They’ll have to do better than the Week 4 matchup in which Harris ran through his former teammates for 111 yards on 22 carries, but Harris is running into a vicious Bombers defence that silenced the BC Lions to just 28 rushing yards last Sunday. If Harris is to have a chance at making Toronto’s ground game a factor, he will need A.J. Ouellette ($5,500) to repeat his 91 yards from scrimmage in the Eastern Final victory to help keep Winnipeg’s defence off-balance.

Sunday’s Western Final victory over BC was a reminder of why the Bombers are on the brink of a third straight Grey Cup title. For all of their big-play prowess in the passing game, Winnipeg went back to basics by giving Brady Oliveira 24 touches that the third-year back turned into 167 yards from scrimmage. Oliveira had 20 carries for 130 yards and was the big reason why Winnipeg held the ball for nearly 35 minutes.

Expect more of the same as the Bombers know they can give Oliveira a heavy workload while setting the stage for favorable shots downfield when the Toronto defence becomes too run-focused. The lack of touchdowns is a big reason why Oliveira’s fantasy numbers weren’t bigger, yet here’s saying he finds the end zone at least once while giving his fantasy users unbridled joy.

This is a tough one since Greg Ellingson is definitely capable of putting up the All-Star calibre numbers he was tallying before injuries derailed his season and opened the door for Dalton Schoen ($10,000) to have one of the best rookie seasons by a receiver in recent memory. Ellingson was targeted just twice in the Western Final victory, failing to catch either of them in just his second game from a lengthy stint on the injured list.

Schoen and Nic Demski ($8,854) should get the bulk of the targets, and with Oliveira in line to get a significant portion of touches, opportunities will be few and far between, especially if the Bombers’ ball-control method is clicking. That means that Ellingson will likely be limited, but at the same time don’t be too shocked if he’s a difference maker