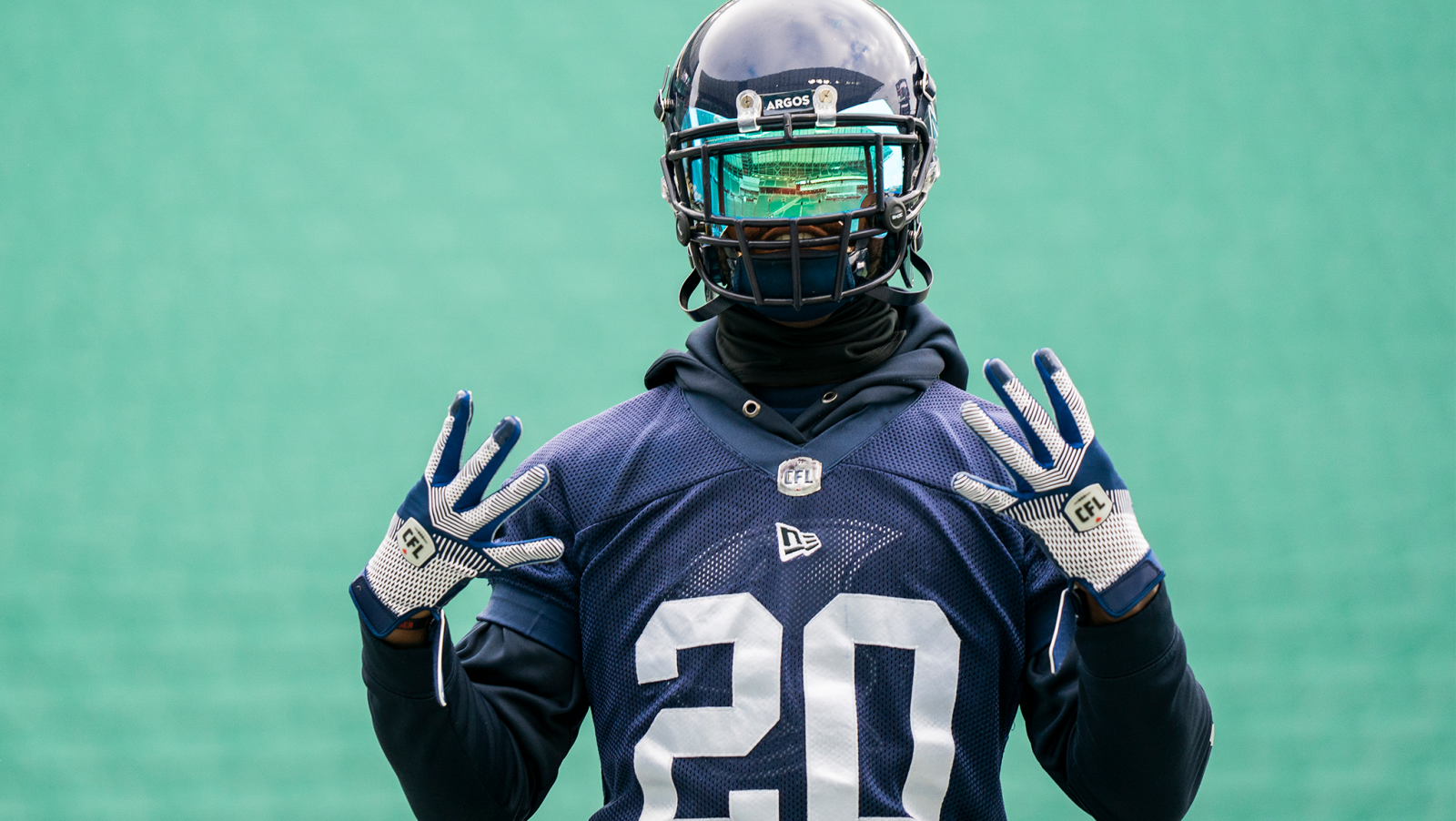 Grey Expectations comes to an end as we await to see if the Winnipeg Blue Bombers stake their claim as an all-time great dynasty, or if the Toronto Argonauts become the first East Division team to hoist the Grey Cup in victory for the first time since Ricky Ray led the 2017 Argos on an improbable run to the title.

Before we dive into our final rankings, a huge Thank You to our readers and fantasy users. The last 24 weeks have been a blessing and an honour.

109th Grey Cup
» CFL and Genius Sports: Check out the CFL GameZone
» Sign up and set your lineup for GC109!
» Make your pick for the 109th Grey Cup
» Start vs. Sit: Finding the championship edge 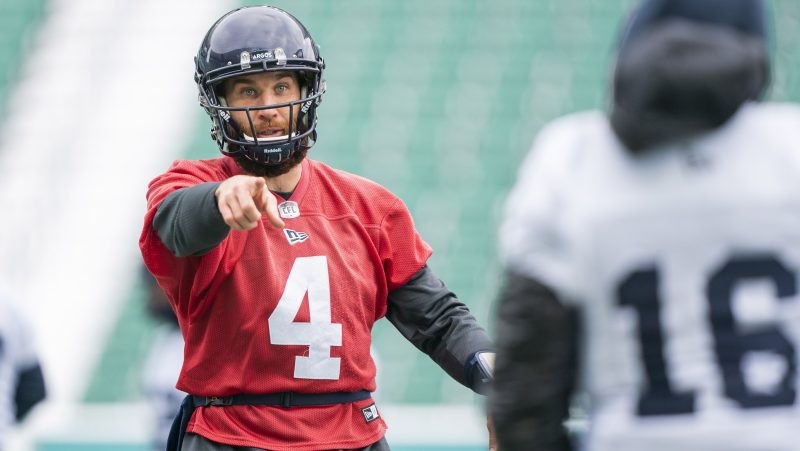 In his last four starts McLeod Bethel-Thompson has thrown for an average of 291 yards per game (Thomas Skrlj/CFL.ca).

1. McLeod Bethel-Thompson, Toronto ($9,100 Salary): Bethel-Thompson has completed at least 19 passes in 10 straight games and has thrown for at least 240 yards nine times in the same span.

One more trend to keep in mind: over his last four starts, Bethel-Thompson has a 6-1 touchdown to interception ratio. He’s also going to be good for a handful of rushing yards, making him the top choice.

2. Zach Collaros, Winnipeg ($9,500): We saw the Blue Bombers’ post-season blueprint last week, running the ball and controlling the clock will be paramount. If that’s the case, then don’t count on a high volume of pass attempts from Collaros. Opportunities for deep shots downfield will be available, so look for the Most Outstanding Player’s numbers to be the result of quality over quantity. 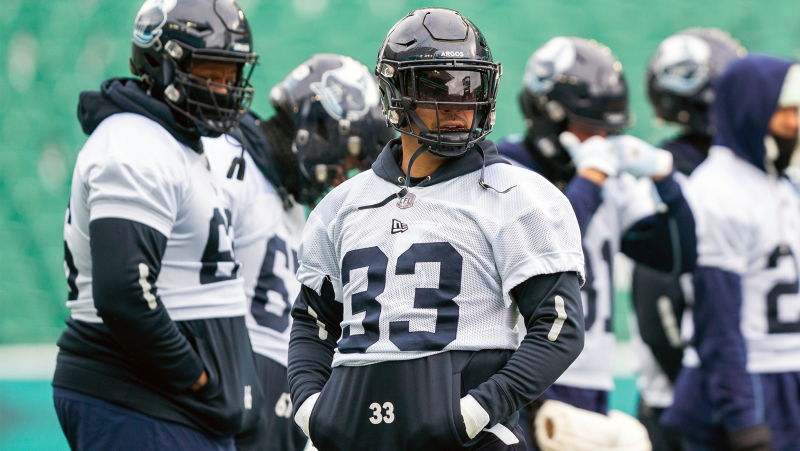 1. Brady Oliveira, Winnipeg ($8,000): The Brady Oliveira, Andrew Harris comparisons will hover over Regina until the final whistle. Oliveira put up 20.7 fantasy points in the Western Final without scoring a major, and it’s the Bombers’ commitment to giving him a heavy workload that has me feeling that if he can find an end zone visit or two, fantasy users would be looking at a potential Grey Cup MVP.

2. Andrew Harris, Toronto ($6,414): Let’s say it one more time: the Argos signed Harris for Sunday evening. We know he’s going to be north of 15 touches as much as we know the Winnipeg defence will have an ABA (Anyone But Andrew) mindset when it comes to stopping the Toronto offence. It’s hard to believe Harris has just one touchdown this season, yet bank on the Argos giving Harris the bulk of touches once they get near the goal line.

3. A.J. Ouellette, Toronto ($5,500): Ouellette and Harris combined for 163 yards from scrimmage in the Eastern Final. If the Argos do get inside the red zone, Ouellette will be the back most responsible. He’s been the unsung hero of Toronto’s run to the Grey Cup and will be a sneaky good fantasy play who will be targeted frequently in the passing game. 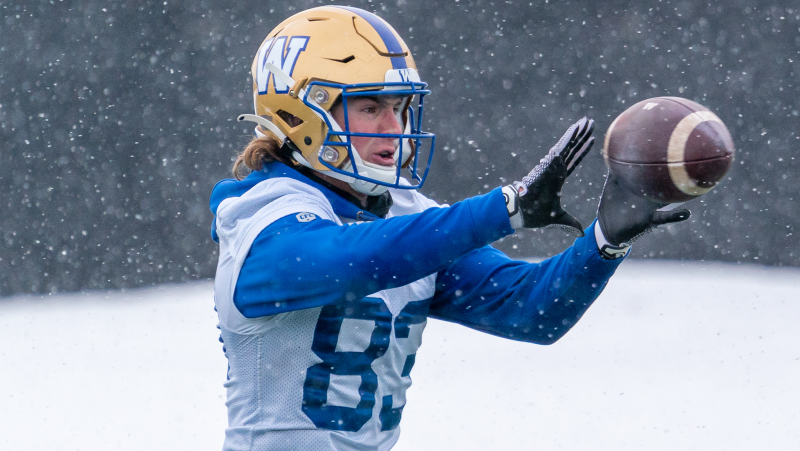 Winnipeg Blue Bombers rookie receiver Dalton Schoen has recorded a touchdown grab in his last five consecutive games, including a score in his playoff debut (The Canadian Press).

1. Dalton Schoen, Winnipeg ($10,000): Schoen has scored double digit fantasy numbers in 12 of his last 13 games, five of which has seen him score at least 20 points. He’s also scored a touchdown in 13 of his last 15 games including each of the past five. Schoen caught five passes for 73 yards in the regular season meeting against Toronto in Week 4. Keep in mind that we were only seeing the initial stages of what he was to become in the Bombers’ passing game. He’s definitely worth investing a third of your salary cap on.

2. Nic Demski, Winnipeg ($8,854): Like Schoen, Demski is a model of fantasy consistency, having scored at least 10 fantasy points in eight straight games. Demski remains productive despite not scoring a major in the past two games, a streak that can easily come to an end with the way the Bombers will likely utilize him on Sunday.

3. Kurleigh Gittens Jr., Toronto ($8,353): Gittens’ five catches for 67 yards in the Week 4 meeting against Winnipeg feels similar to Schoen, in that we were in the early stages of Gittens’ path to the CFL All-Star team. He’s caught 16 of his last 17 targets, and there’s not a quarterback nor fantasy user who wouldn’t want a receiver with a 94.1 per cent catch rate.

4. DaVaris Daniels, Toronto ($7,925): There is sneaky good value with Daniels, who has caught at least one pass for more than 20 yards in three of his last four games. With much of the attention on Gittens, Daniels is capable of being a featured target.

5. Rasheed Bailey, Winnipeg ($5,500): Bailey has found the end zone in five of his last seven games and has a cap-friendly salary to quietly be placed on your roster while perhaps giving you bragging rights if his scoring trend continues on Sunday. 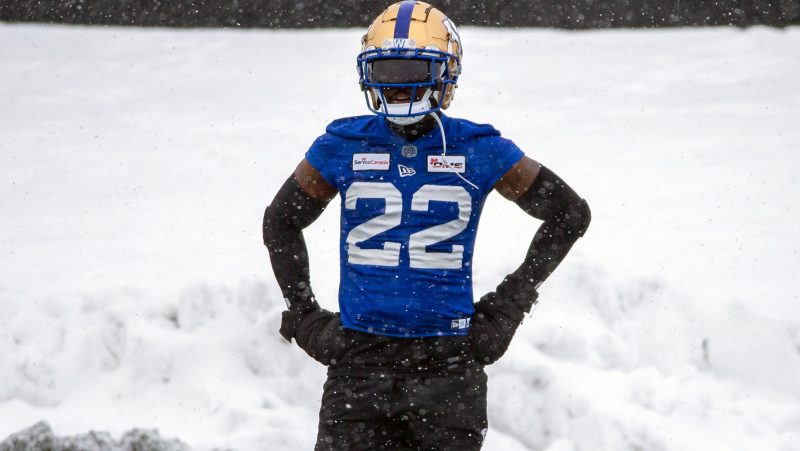 In the Western Final matchup against the BC Lions, the Winnipeg defence held BC’s Nathan Rourke to a completion percentage of just over 50 per cent. He averaged 78.7 during the regular season (Chris Tanouye/CFL.ca).

1. Toronto ($3,200): The Argos led the league with 48 forced turnovers in the regular season and were able to intercept Collaros once in Week 4.

2. Winnipeg ($3,200): Bombers did an excellent job of denying big plays, especially against the run as they allowed just six rushes of better than 20 yards in the regular season.

Winnipeg: Build around Brady Oliveira ($8,000) while rolling the dice with Rasheed Bailey ($5,500). Take Zach Collaros ($9,500) at pivot. You could save some salary by replacing Bailey with Janarion Grant ($3,500) at flex while having room to work with at receiver.