Quote Board: Argos, Bombers take the podium on final day of practice 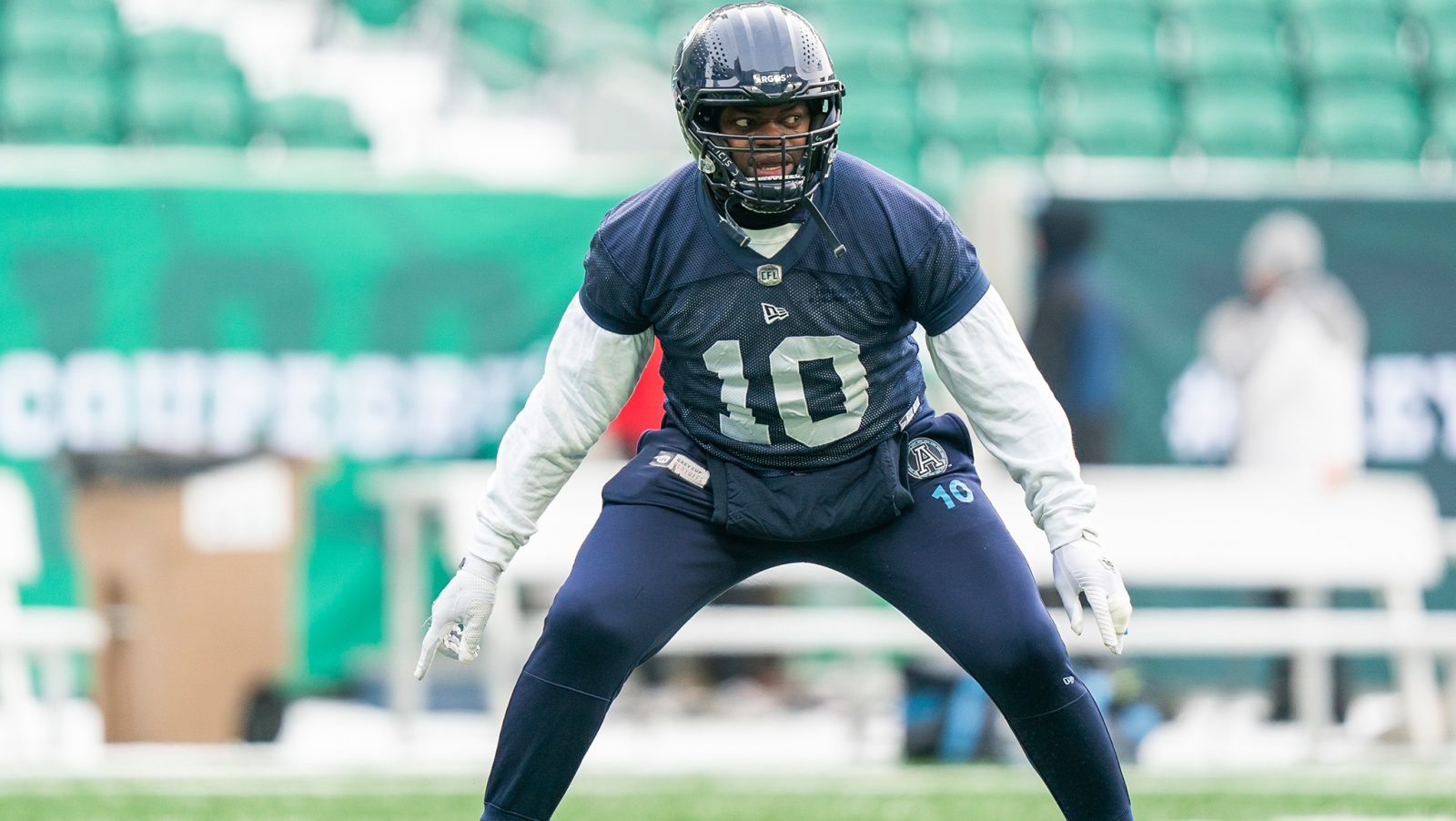 Quote Board: Argos, Bombers take the podium on final day of practice

Following practice several members of each team spoke to the media and shared their thoughts about the lead up to Sunday’s game.

Argos hit the field at Mosaic on Friday afternoon

Standout remarks from the Toronto Argonauts and Winnipeg Blue Bombers

“It’s a special moment. So much is happening and so much is going on. It’s unique in the sense that there’s no real other week that’s like this in a football season. This is the biggest game, it’s the biggest stage at this level and you’ve got to enjoy it.”

– Ryan Dinwiddie on the energy at Argos practice

“I think if you look at our last game, we had 20,000 plus and we hadn’t had that in my time there. I think we can get it there and we’ve got to play exciting football. I think there will be a buzz around the city. When you do win championships the city gets involved.”

“Not at all. (The Bombers) are great receivers, we respect them, but that doesn’t matter because we believe in each other as a receiving corps and we believe in what we can do on game days.”

– Kurleigh Gittens Jr. on if he feels the Argos receivers are underrated

“I’m preparing like it’s just another football game. At the end of the day nothing really changes, the ball doesn’t get bigger. So for me it’s just I’m going to go out there and do what I do, prepare the same way I’ve been preparing this whole year and have some fun.”

“It was fun. It’s always fun to be out there with (Collaros). He was talking a little bit of crap to the defence and telling us to changes things up a little bit because our defence isn’t what we’re going to see on Sunday.”

– Greg Ellingson on having Zach Collaros back at practice

“I think it was pretty evident when he first got in the league, he got thrust into a starting roll in Toronto when Ricky Ray got hurt and he won a bunch of games. He just battled and escaped and made plays, he’s been winning his entire life. He’s just got it.”

– O’Shea on when he knew Collaros was destined for greatness

“You have to appreciate and be humble for the opportunities that are given because you never know when they’re going to come again.”

“For most of the guys here and for myself it’s the mentality that we’ve been coached all year, which is to go 1-0 every week. So we go an prepare the exact same way days one, two and three. We come in early for meetings, we’re here late at night we put the same work in that we have all year to get here.”

– Ellingson on how the team is preparing for Sunday’s matchup

“We have to stay even keel, we talked about our emotions, don’t let them get to high, don’t let them get too low, keep them right in the middle, that’s a message that we preach to one another. If we’re favourites if we’re underdogs that doesn’t matter, we’re just going to continue to do what we do, prepare hard like we do every single day in practice.”

– Oliveira on the Bombers being favoured to win the Grey Cup