Using the Past to Fuel the Present: Revisiting the 95th Grey Cup 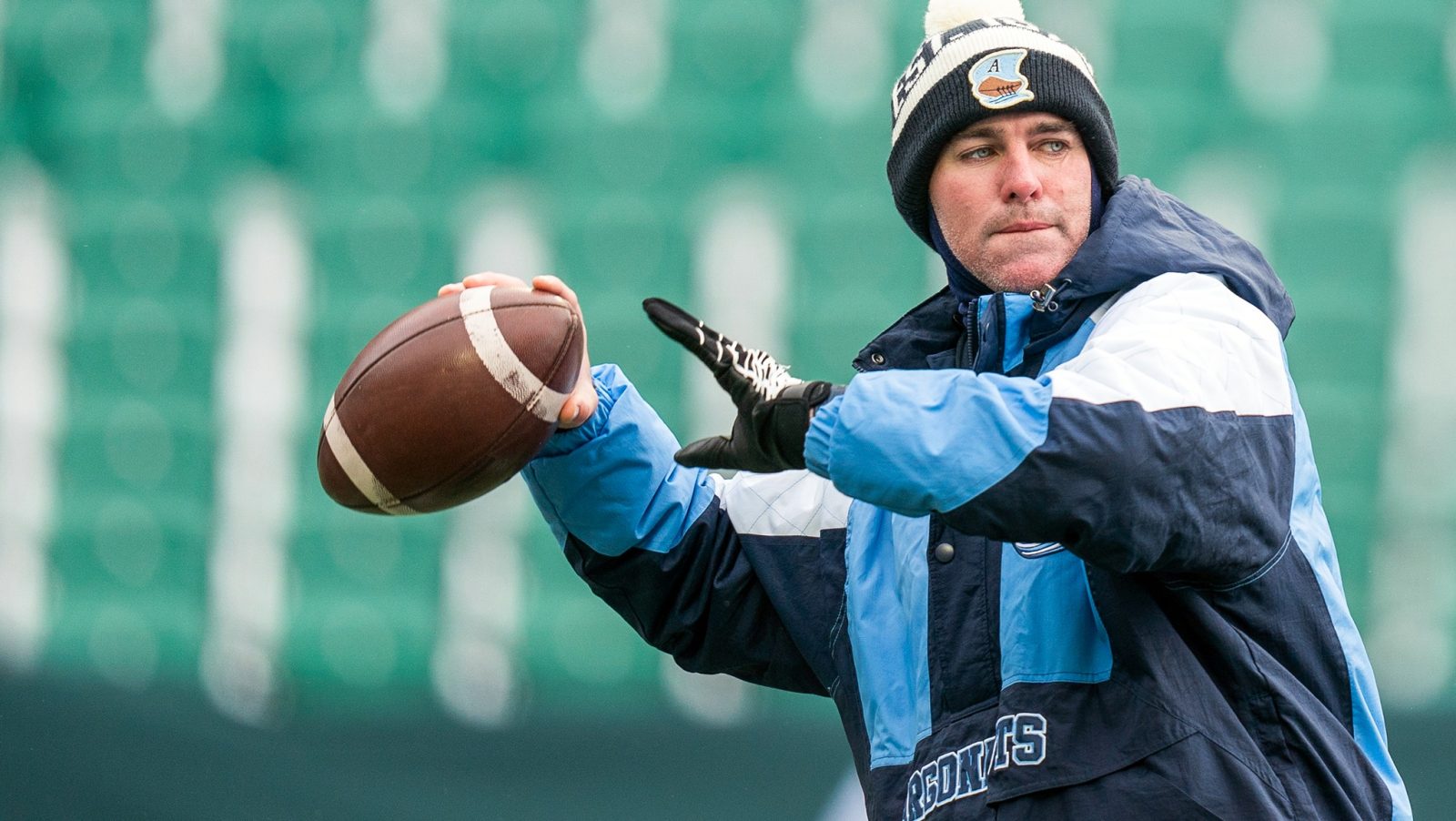 Using the Past to Fuel the Present: Revisiting the 95th Grey Cup

As Ryan Dinwiddie prepares to enter Mosaic Stadium Sunday night through a plethora of crowd noise, fireworks and adrenaline he’ll likely be locked in on the moment and his plan to beat the defending champion Winnipeg Blue Bombers in the 109th Grey Cup.

However, as the old saying goes those who don’t learn from history are bound to repeat it, and Dinwiddie would do well to lean on his personal experience to help Toronto Argonauts quarterback McLeod Bethel-Thompson win the day.

109th Grey Cup
» Argonauts, Blue Bombers to compete for 109th Grey Cup
» A Different Kind of Edge: The resurgence of the Argos offensive line
» How To Be a Champion: Banks searching for first Grey Cup
» Gittens Jr. soaring to greatness, grounded by family
» Re-watch the 95th Grey Cup 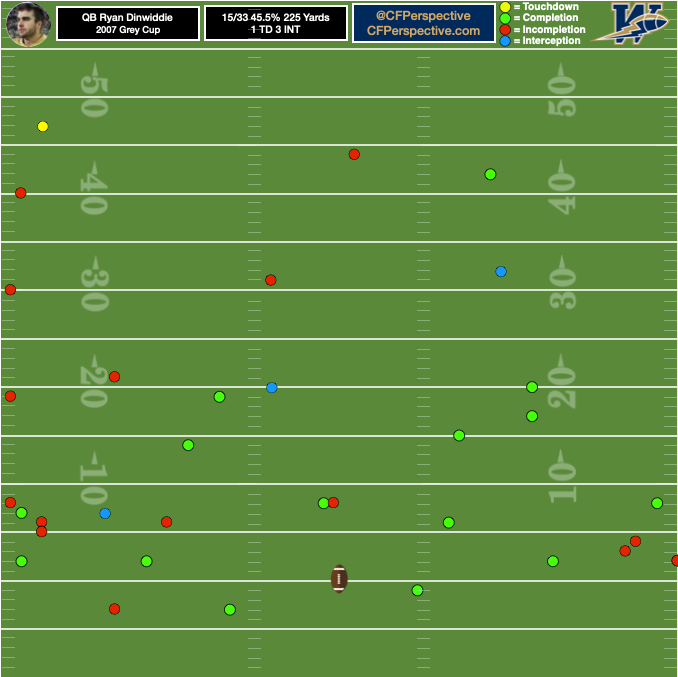 You likely know the story if you’re reading this, but 15 years ago Dinwiddie was a Winnipeg Blue Bombers backup quarterback who was forced into his first career CFL start when Kevin Glenn broke his arm in the Eastern Final.

While Bethel-Thompson is no fresh faced rookie, having played in 74 games, Sunday night will be his first Grey Cup start. And Dinwiddie’s 2007 game shows the danger of what can happen to a pivot getting their first taste of CFL championship action.

It started well enough for Dinwiddie, a couple big plays to Hall of Fame player turned TSN commentator Milt Stegall, mixed in with a heavy dose of running back Charles Roberts on the ground. A near interception became a pick-six not long after as Dinwiddie was a tad late getting to Stegall in his progression and paid the price by letting Saskatchewan back in the game.

Dinwiddie would hit Derick Armstrong 47-yards down field and the big-bodied Bombers receiver would waltz three more yards for the young passers only major on the day. Dinwiddie then threw two more interceptions, the last of which came in desperation with one minute left in a one-score game.

The natural reaction of most people is to shy away or ignore the past while claiming ultimate focus on the present. In reality we just don’t like reliving negative memories, but there is so much learning to be found in the difficult moments.

After both of Dinwiddie’s first two interceptions the Bombers essentially took the ball out of his hands, going as far as putting him under centre with multiple backs behind the then 26-year old quarterback, all but guaranteeing a handoff.

Should Bethel-Thompson throw an interception early in the 109th Grey Cup, Dinwiddie should lean into his veteran passers’ leadership. I believe shying away from giving him freedom and forcing the ground game to carry the load in a way it hasn’t most of the season would be a mistake that would play right into Winnipeg’s hands.

In the hallway of Mosaic Stadium on Wednesday I told Dinwiddie I was planning to re-watch his 2007 adventure and asked ‘anything I should be looking for?’ The Argos head coach laughed and abruptly shook his head with a defiant ‘no’ in a way that both suggested his intensity for this moment, and disdain for the past.

The teams, era and style of football are largely different than that night Dinwiddie exited the turf with a championship loss, but embracing the memories of that night and imparting them on his Double Blue roster this week could be essential to Dinwiddie avoiding a similar fate against his old club.

As often happens in small CFL circles, there is a poetic nature to this matchup. As Dinwiddie operates his Argos offence from the snow swept Mosaic sideline, his opponent watching from high up in the coaches box will be Bombers defensive coordinator Richie Hall. The same man, in the same role tasked with shutting down the surprise starter in that 2007 Grey Cup.

We’re almost beyond the storyline swirling and hype building portion of Grey Cup week, but once we kick off it’s important to remember what Dinwiddie’s past failures as a player could mean to his present success as a head coach.

If he does, the Argos will be better for it and have a real chance to end the Bombers run of dominance.