Collaros disappointed by loss, but proud to be a Bomber 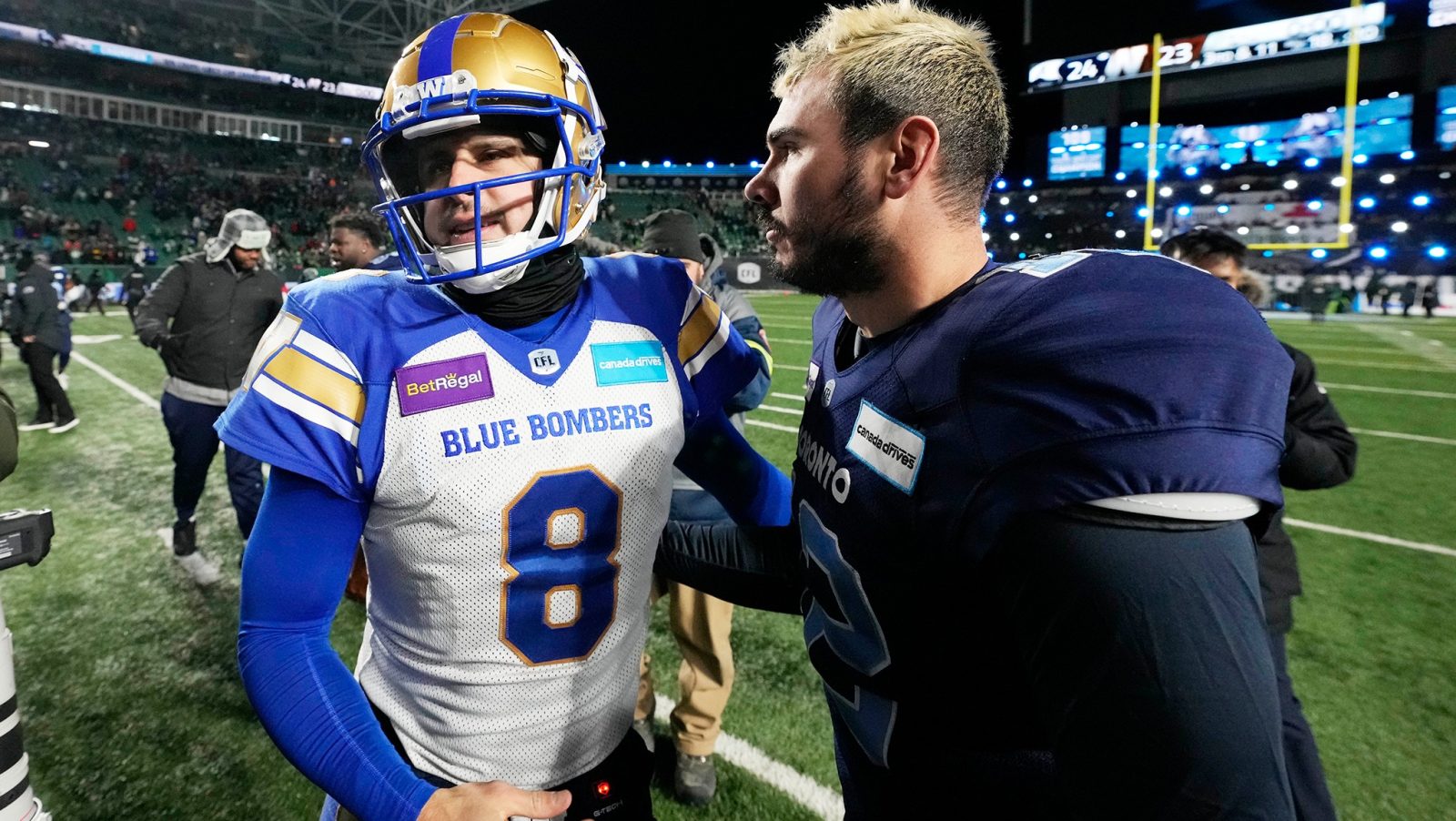 Collaros disappointed by loss, but proud to be a Bomber

REGINA — The Toronto Argonauts spoiled the Winnipeg Blue Bombers’ chances of a third consecutive Grey Cup win as they claimed a 24-23 win in the 109th Grey Cup.

A touchdown run from Toronto running back A.J. Ouellette with under four minutes remaining in the game would help the Argos assume a late lead. Moments later, Toronto defensive lineman Robbie Smith blocked a Winnipeg field goal attempt to help secure the win.

“It was a hard fought battle,” said Winnipeg head coach Mike O’Shea in the post-game press conference. “We put ourselves in position to win it at the end and they made a play.”

Following the touchdown by Ouellette, Toronto linebacker Henoc Muamba intercepted a pass from Winnipeg’s Zach Collaros. While the Argos wouldn’t find points following the turnover, it would help provide a boost of momentum for the Boatmen late in the game.

“I would imagine that pretty well everybody would like to have one play back,” said O’Shea about the interception. “That’s usually what happens when you lose. He’s the best quarterback in the league for a reason.”

Reflecting on the game, Collaros said the loss was due to lack of offensive execution, starting with himself.

“We weren’t efficient enough on first down, running or passing the football,” said Collaros. “It starts with me, I have to do a better job to help the team win.”

In the fourth quarter of action Toronto quarterback McLeod Bethel-Thompson left the game with an apparent injury, forcing Chad Kelly under centre. Kelly took control of the Argo offence and helped lead the scoring drive that would propel the Argonauts to their first Grey Cup win in five years.

While the loss is disappointing for the Bombers, Collaros said he admired the way Kelly seized a difficult moment.

“For Chad Kelly to come in and do what he did is impressive, so hats off to him,” said Collaros. “I think from an offensive standpoint I just wish we did more to stay on the football field.”

With the Bombers’ season coming to a gut-wrenching end, the Winnipeg quarterback said he felt grateful to have been apart of the journey no matter the outcome.

“I really care about the guys in the locker room,” said Collaros. “For it to end this way this season, somebody has to win obviously, but it’s just a really special group of people and I said it the other day, I’m grateful to have been apart of this season with this team.

“Every guy in that locker room, I love those guys. It’s just tough.”