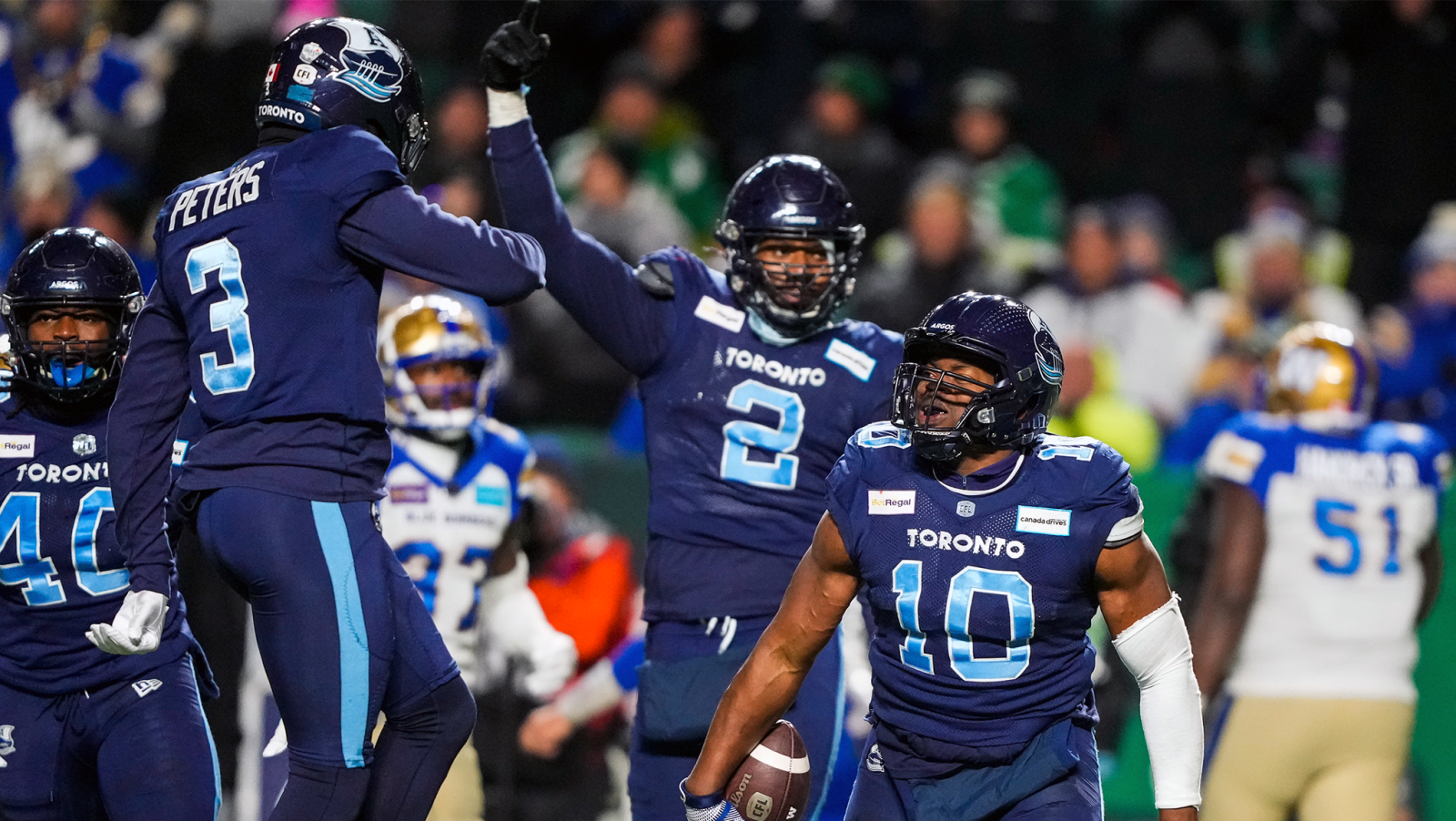 TORONTO — The 2022 CFL Fantasy season has officially come to a close.

Much like the 109th Grey Cup the final week of the fantasy season ended in thrilling fashion as KGTR (61.8) outscored the runner-up by just 0.8 points to claim victory.

Toronto Argonauts running back A.J. Ouellette (15.4) was the highest scoring offensive player on the winning roster. Ouellette used his strength to capitalize on two goal-line opportunities, finding the end zone twice against Winnipeg.

However, Ouellette wasn’t the only multi-touchdown scorer on KGNTR’s roster as Winnipeg’s Dakota Prukop (10.8) was selected as the starting quarterback. Much like Ouellette, Prukop delivered in short-yardage situations and scored two touchdowns for the Bomber offence.

Winnipeg receiver Dalton Schoen (10.9) was selected as the final offensive player for KGNTR’s team. Schoen led the Blue Bombers in receiving yards in the 109th Grey Cup, reeling in three passes for 78 yards in the game.

The Toronto defence (8) was chosen to round out the winning roster. The Boatmen forced four sacks and two interceptions in the game. Argos defensive lineman Robbie Smith got a his hand up to block a Winnipeg field goal attempt helping his team to their first Grey Cup win since 2017.