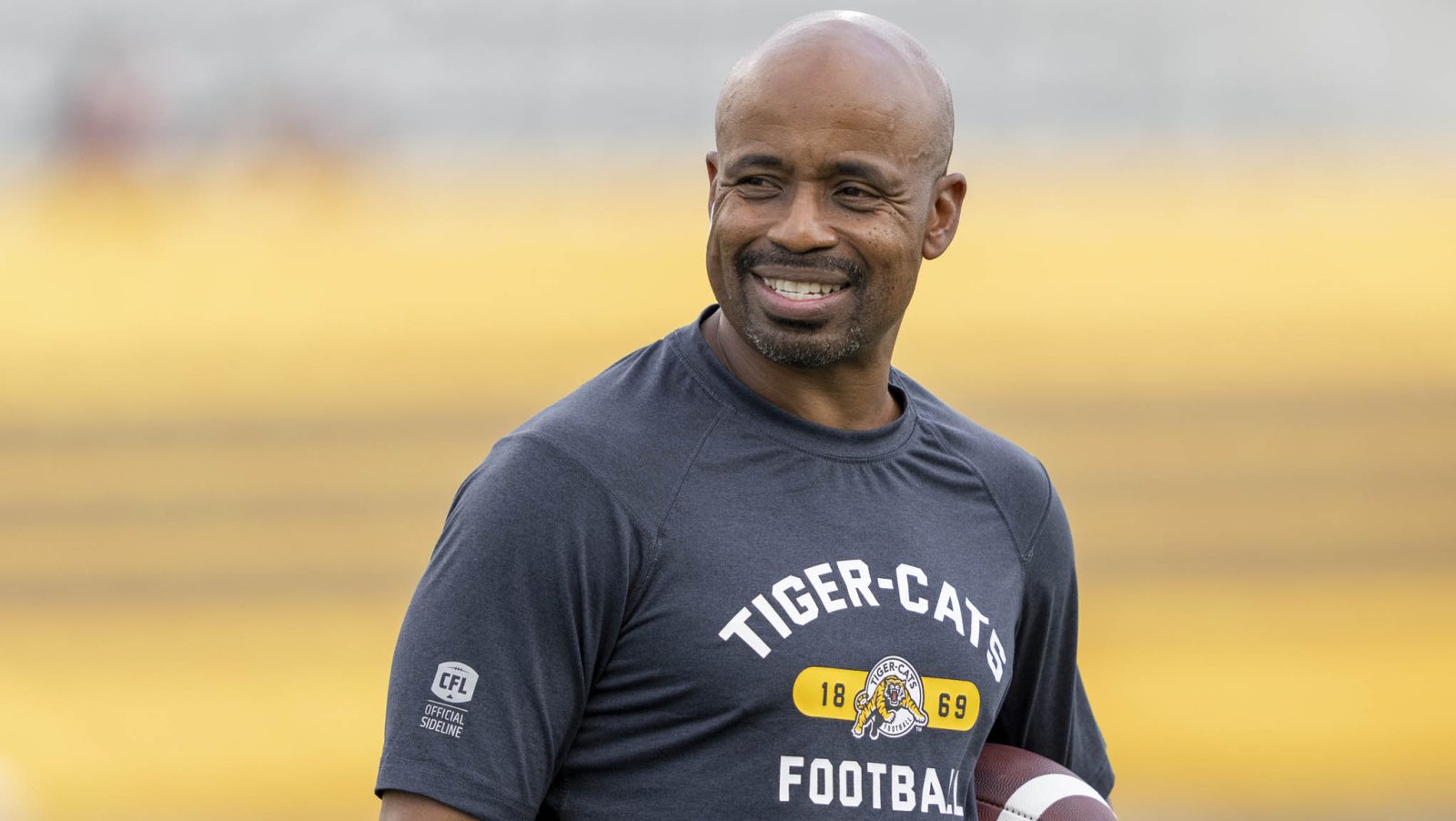 Having worked my way through a handful of CFL seasons now, there’s a pace to the six-month grind of it that I’ve come to rely on.

The opening weeks of the season that stretch through the summer are a gradual building of momentum, where teams are trying to figure out what they are and what their place is in the league. It feels like a good, manageable rhythm to a season, where time is on your side.

It’s a combination of the playoff-like atmosphere of those games, the shifting of the weather and the shortening of the days that throws CFL life into fast-forward. At some point on Labour Day Monday, whether I’ve stood on the sidelines in Calgary or Hamilton before kickoff, I’ve told whoever’s there next to me that from here, it’ll feel like you’ll blink and we’ll be at the Grey Cup.

Now, a quick blink later, it’s all over and we’re in the earliest days of the off-season. I won’t lie to you; the off-season doesn’t have that breakneck pace that the second half of the regular season does, but it’s here and already moving along. We’ve got some strong off-season storylines looming over us, with answers to some of these questions coming in the not-too-distant future. Let’s take a look at some of the most pressing ones.

Where does Bo go and what does it mean for the Ticats?

Just a week after their season had ended, the Hamilton Tiger-Cats got aggressive and got the jump on the rest of the league when they traded for the expiring contract of quarterback Bo Levi Mitchell. That gives the Hamilton front office an exclusive near three-month window to potentially negotiate with the two-time MOP and Grey Cup winner before he can officially entertain offers from other teams around the league.

The Ticats’ decision to swing for the fences with Mitchell will have an impact on the club whether he opts to sign with the team or not. Mitchell in Black and Gold next season is a substantial move that shows the club’s urgency to get back to playing in (and finally winning) the Grey Cup game. Should Mitchell wait until February, test his free agent options and go elsewhere, the Ticats will have a fence to mend with Dane Evans. Despite a difficult 2022 season, Evans played a key part in leading the Ticats to their previous two Grey Cup appearances and was given the No. 1 job this past season. 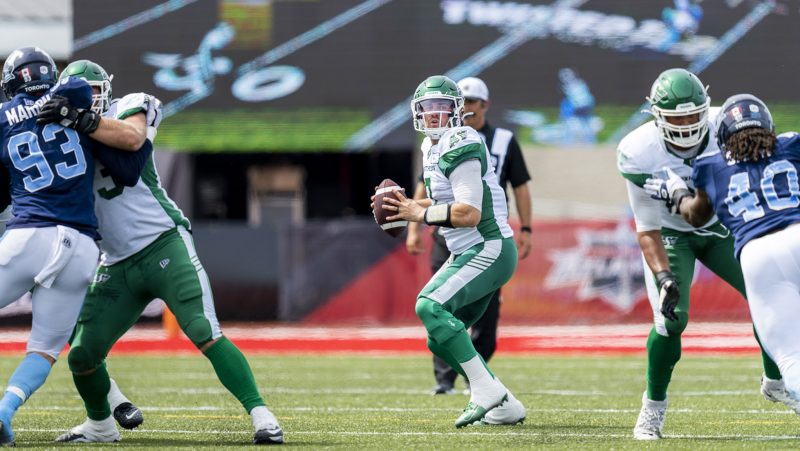 Cody Fajardo’s 2022 season took a turn he wasn’t expecting. The Riders’ starter the last three seasons, he could be facing change in free agency this winter (Thomas Skrlj/CFL.ca)

Mitchell may be the biggest or first domino to fall but as any good viral domino video has shown us, there are always many more behind that first one.

Wherever Mitchell ends up, there will be multiple teams still needing a starting quarterback. The Saskatchewan Roughriders seemed to make their intent on the future clear when they sat Cody Fajardo when their season was on the line. If it’s not in Saskatchewan, where will Fajardo play in 2023?

The tumbling dominos could lead to an elaborate design, depending on where general managers want to take things.

Beyond Hamilton and Saskatchewan, we could see change in Toronto, where McLeod Bethel-Thompson is said to be considering his future in the game. That could mean the team turns to backup Chad Kelly, or it could look to someone more experienced to lead the defence of their Grey Cup win next year. In Montreal, Trevor Harris is a pending free agent. While he proved to be a nice fit in assuming starting duties this year, a soon-to-be-hired head coach and GM Danny Maciocia will have to decide if they want to stay on the track they are with Harris.

There are a couple of teams in wait-and-see mode. The BC Lions will keep their focus on Nathan Rourke‘s NFL workouts, with what I’d argue as the best quarterback contingency plan in the league in place, with Vernon Adams Jr. under contract for 2023. However, should Rourke return to the Lions for next season, Adams’ availability could become a factor for teams.

In his end-of-season interviews with Ottawa media, Jeremiah Masoli spoke positively about his return to the field next year. He told Postmedia that he’ll be cleared to return to full activity in January, after he broke his leg in Week 5. A fully healthy Masoli would let the REDBLACKS resume down the path they were on early in the season, with a roster that on paper could have been a force in the East Division. If Masoli needs more time to heal, will GM Shawn Burke look at his QB depth this 0ff-season? Having an experienced backup in the wings could be beneficial if the team needs to ease Masoli into full-speed action.

Speaking of the REDBLACKS…

They need a head coach. Burke and his staff have begun the search for their third-ever head coach. Burke told Postmedia’s Tim Baines on Thursday that he’d like to have his first head coaching hire in place within two weeks so that as a group the REDBLACKS can begin to address their free agency needs.

For the second time in his CFL coaching career, Bob Dyce stepped in and showed well as an interim head coach. Could he get the permanent bump up, after spending the last seven seasons in Ottawa, thriving as a special teams coordinator?

There’s a list of candidates across the league that are worth a look as a head coach as well.

The Als need a head coach too 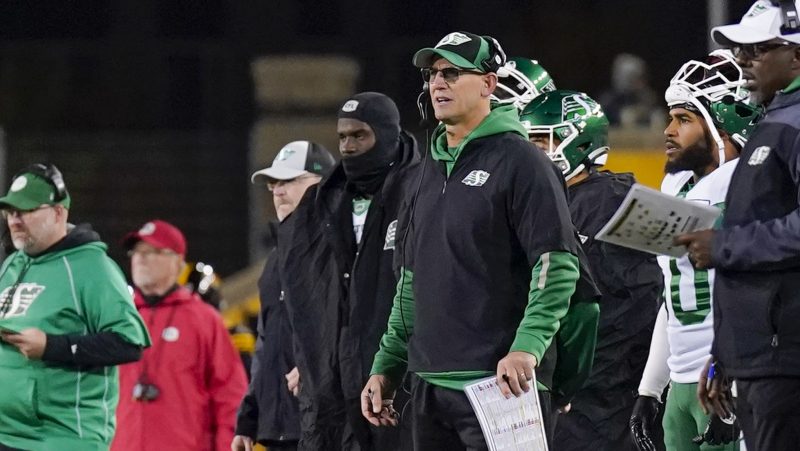 Jason Maas’ ties with Als’ GM Danny Maciocia go all the way back to when the two were winning Grey Cups in Edmonton. Could he be the Alouettes’ next head coach? (Kevin Sousa/CFL.ca)

Danny Maciocia stepped in as head coach this season and steered the Als to their first Eastern Final since 2014. He’d promised when he’d relieved Khari Jones of his head coaching duties, though, that his run as head coach would be just for this season. So where does Maciocia look as he preps to step back solely into GM duties?

As we said with the REDBLACKS, there may be a strong candidate internally. Noel Thorpe came in as defensive coordinator this season, replacing Barron Miles, who lost his job alongside Jones this season. Thorpe has over 20 years experience of coaching in the CFL and has served as an assistant head coach for six of those seasons, which include four years (2014-2017) with the Alouettes.

Maciocia told the Montreal Gazette that his preference would be to promote from within — and to have the hire in place by Christmas — which would open a door for Thorpe and running backs coach and assistant head coach Andre Bolduc, who has thrived working under both Jones and Maciocia in recent years.

Beyond the internal options, there’s former Elks head coach Jason Maas, whose ties with Maciocia go back to their Grey Cup-winning days in Edmonton. As we mentioned with the REDBLACKS’ candidates list, there’s some likely crossover in candidates that Maciocia will interview.

For the last two seasons, we’ve seen the same pattern emerge from the Blue Bombers’ off-season. After their Grey Cup parades, the team goes its separate ways after exit interviews and in a steady and deliberate manner, its key players sign new contracts to stay with the club.

The outcome on the 2022 season is different, but I’d be shocked if there was any kind of mass exodus from the Bombers’ players this winter. Willie Jefferson told media earlier this week he fully intends on staying in Blue and Gold. Offensive lineman Patrick Neufeld signed his extension on Thursday. This Bombers group is one that’s grown exceptionally tight over the last three years (counting the un-played pandemic year in 2020). Despite losing the Grey Cup in heartbreaking fashion this year, I doubt that bond will be broken.

That includes the man that heads up all things culture and tone setting at IG Field, in head coach Mike O’Shea. He was clear during Grey Cup week (and reiterated it again with media on Thursday) that his expiring contract isn’t something he’ll concern himself with until all of his end-of-season work is done. It’s essentially the same approach he took before signing a new deal in 2019, after the team had won its first Grey Cup in 29 years.

Still, until names are on contracts and press releases are sent out announcing the news, it’s something to keep an eye on.