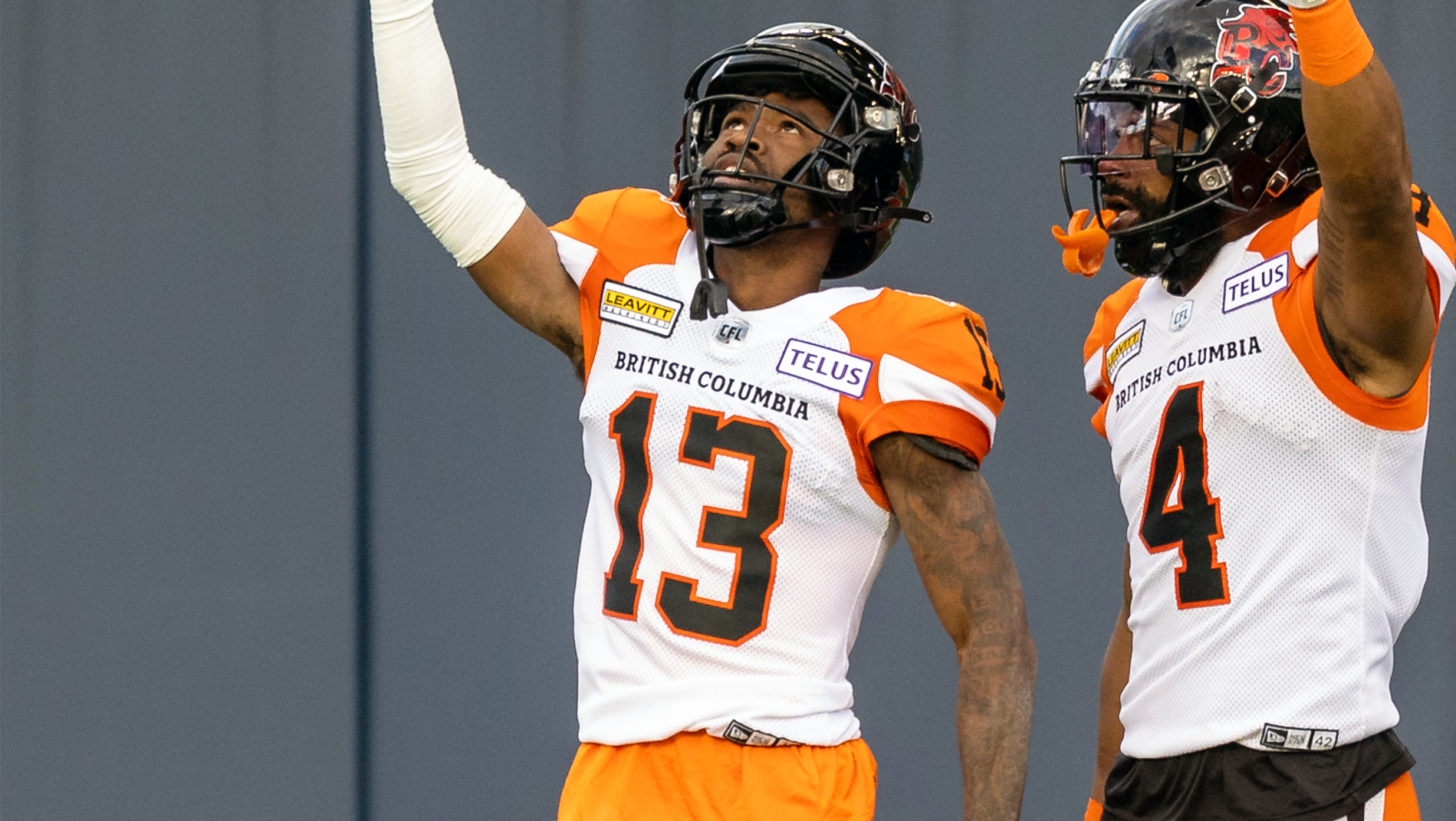 VANCOUVER — BC Lions rookie receiver Alexander Hollins waited for an opportunity to showcase his playmaking ability.

After patiently waiting over 18 weeks, Hollins was finally given his first start and made an immediate impact. The rookie finished the year with 13 receptions for 117 yards and a touchdown in four regular season games. Adding another eight receptions for 102 yards and two scores throughout the team’s playoff run.

“I’ve always been undersized and people have been saying, ‘he’s too little’,” Hollins told BC Lions’ podcast 1st and Now. “But I’ve always made the best of my opportunities.”

Making his CFL debut in Week 18, Hollins caught three passes for 47 yards, including the first touchdown reception of his professional football career.

“It was my first professional touchdown,” said Hollins. “I dedicated that one to my mama.”

Hollins explained that he had lost his mother in seventh grade before his first middle school football game.

“I still played that game and I scored the game-winning touchdown,” said Hollins. “So I told myself whenever I had the opportunity to score my first professional touchdown, whether it’s NFL or CFL or whatever, it was going to be dedicated to her.”

The breakout receiver spent time in the NFL with the Minnesota Vikings, Chicago Bears and Cleveland Browns before landing with the Lions. A native of Yazoo City, MS, Hollins admitted he had never been to Canada before BC’s training camp started in Kamloops, but was excited to see the country.

“I always wanted to visit Canada,” said Hollins. “So I kind of had the opportunity to kill two birds with one stone.

“My first time in Kamloops it was cold. I was like, ‘oh man it’s cold out here,’ but it was nice though because we get to practice and see the mountains and everything. Me being a country boy from Mississippi, we don’t see any mountains. We just see trees and flatland. So everyday walking to practice I was like, ‘wow that’s nice.’ So it was cool.”

During his time in the NFL, Hollins had spent time on rosters with current teammates Marcus Sayles and Emmanuel Rugamba, saying that it helped to ease some of the stress of joining a new team. He also noted playing against the likes of Terry Williams and Josh Pearson in junior college.

Hollins revealed that he grew close with Pearson and the two bonded over a shared love of music.

When asked about he possibility of an anthem duet with Pearson, who sang the Canadian national anthem earlier this season, Hollins didn’t rule out the idea.

“That can happen,” said Hollins. “But I don’t think we would’ve been able to do it this year together, we probably would’ve been laughing too much together.”

Reflecting on this season, Hollins recognized how special the BC locker room was and hopes to use that to fuel as they approach the 2023 season.

“We saw how special this year was and we just want to add more to that,” said Hollins. “All the good things we’ve done this year, you just want to add on to that next year. Carry out good energy, positive vibes into the next season and into training camp so we can maybe have another great year.”