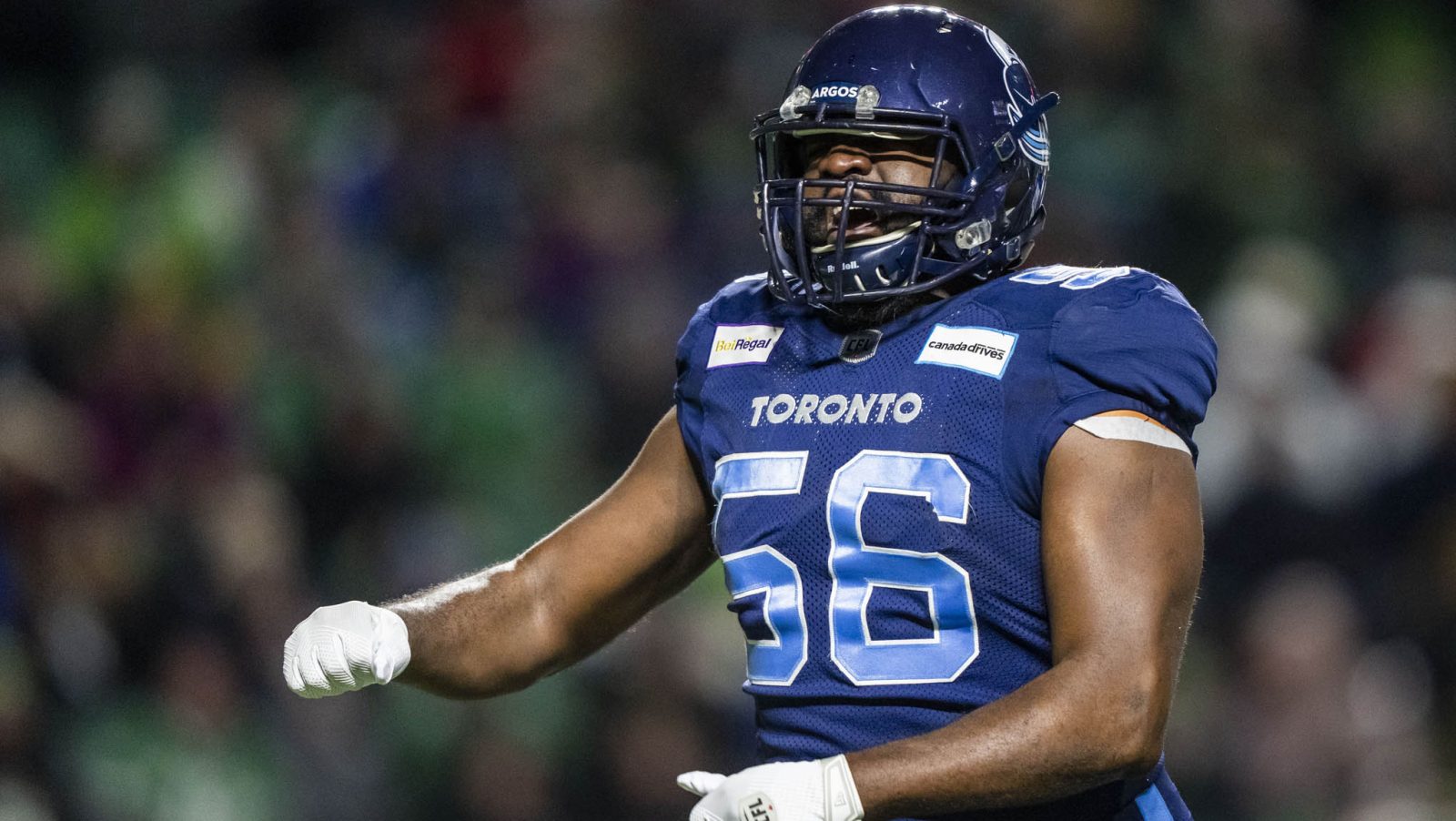 There’s something very notable in the opening lines of the list of pending 2023 free agents. Did you see the date that the free agent market opens?

We’ll use this small space to apologize to the spouses of players, agents, general managers, league football operations folk and media and quickly move on to the fun and obvious storyline here.

Players and teams will find their perfect match on Valentine’s Day. That opens the door for all kinds of ‘I choo-choo-choose-you’ activities on social media, but let’s get the jump on that stuff here, now.

Below, we’ve got five matches that I think are made in free agency heaven. This piece felt very much like the process of trying to set up two of your friends, measuring their best traits, needs and interests against someone else, then finally thinking that you’ve found a great match on paper. Would these pairings translate in real life, on the field? We’ll have to wait until February to see. 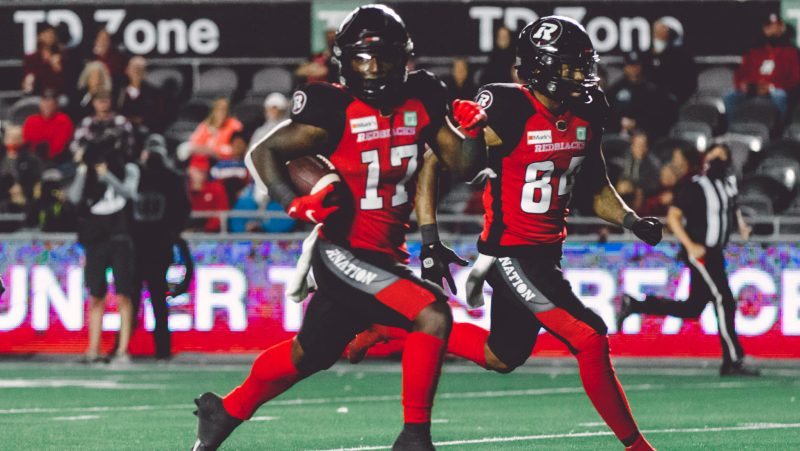 The team needs return touchdowns. The player provides them. Devonte Dedmon and the Edmonton Elks have the makings of a perfect free agency match (OttawaREDBLACKS.com)

Match No. 1: Devonte Dedmon and the Edmonton Elks

Perhaps the most mutually beneficial pairing on this list, we have Dedmon, who is a proven commodity in the return game (2021’s Most Outstanding Special Teams Player) landing with a team that is in dire need of some productivity in that department.

This isn’t a knock against Christian Saulsberry, who had some outstanding moments of his own in his debut with the Elks this past season. If we’re looking at that mutually beneficial qualifier, though, Dedmon is an answer to a longstanding problem in Edmonton.

There is, of course, one issue that would have to be addressed with this match. Some might gravitate to a Bennifer-type name blend with Dedmon going to Edmonton. Dedmonton would likely hit too close to home on a civic sore spot for Edmontonians that stretches back at least 21 years.

If we can get past that minor detail, everything here will be fine.

Match No. 2: Sean Whyte and the Winnipeg Blue Bombers

Do you remember the reaction you had when Kevin Durant told the world that he would be joining the Golden State Warriors? I get tinges of the same feeling when I think about Whyte aligning with the Blue Bombers.

Again, to defend the player currently in that role, this isn’t a knock against Marc Liegghio. He made 82.1 per cent of his field goals this season, including 18 between 30-49 yards, while showing a marked improvement from the work he put in with the Bombers in 2021.

In 2022, Whyte led the league with a 92.3 per cent accuracy on his field goals, along with 48 of his 49 point after attempts. An 87 per cent career field goal kicker, he’s spent 10 years of his 13-year career kicking in outdoor venues, which invalidates any arguments about the advantages that kicking in a dome bring.

The Bombers are stacked offensively and defensively. To add an experienced, elite kicker like Whyte could put them into an unreachable stratosphere. 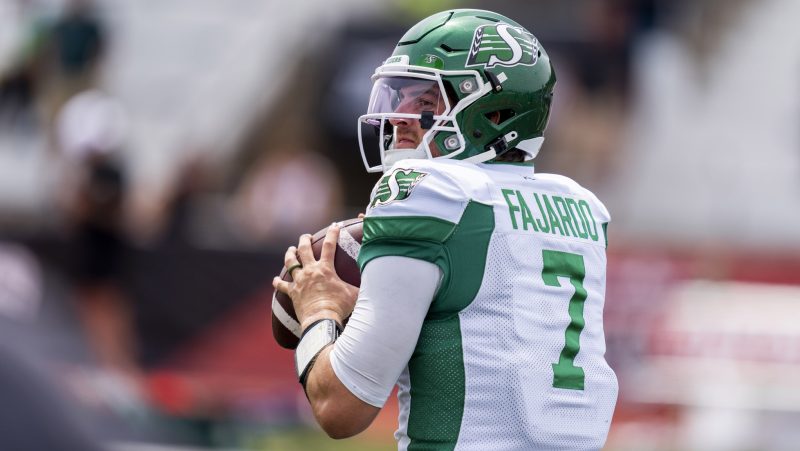 Cody Fajardo has all the makings of a quarterback that Chris Jones would love to have in Edmonton (Thomas Skrlj/CFL.ca)

Match No. 3: Cody Fajardo to Edmonton; make it work!

Yes, we know that there have been words exchanged on both sides of this one. Words have a way of getting twisted, with hardened opinions being formed out of perceptions that may or may not be accurate or aligned with the initial intent of those words. No one ever said matchmaking was an easy, straightforward journey from Point A to B.

Strip this down to wants, needs, skillsets and fit and you might have something here.

Chris Jones loves himself a tough, mobile, battle-tested quarterback. Cody Fajardo would love an offensive line and a chance to prove to people that he can win in this league.

Sometimes all two sides need is a person that cares about each of them to separate them and try to make them see what’s in front of them. I’m happy to play Kramer here for Jerry and Elaine.

Match No. 4: Ja’Gared Davis to Hamilton (aka reunited and it feels so good)

You know what this is about. Ja’Gared Davis is a living, walking, tackling, quarterback-sacking ticket to the Grey Cup. Every team he’s played on has gone to the Grey Cup game and Davis just won his second career championship with the Argos this season.

The Tiger-Cats hold the league’s longest active Grey Cup drought, having last lifted the trophy in 1999. Davis knows that all too well, having suited up for the 2021 Ticats, who fell in overtime to the Blue Bombers. After a trying 2022 season, the Ticats could use some assurances as they get set to host the 110th Grey Cup at Tim Hortons Field. Why not reunite with the guy that’s gotten his team to the dance every season of his career?

Match No. 5: Superman’s fortress of solitude to Saskatchewan

The Saskatchewan Roughriders allowed a league-worst 77 sacks in 2022. It was a key component of their inability to secure a playoff spot and play for a chance to get back to Mosaic Stadium for the Grey Cup game. It seems that the Riders will look for a new quarterback in free agency, after opting to sit Fajardo through their final two games of the season. The best pitch they can make to their next prospective QB will be that what happened to Fajardo this past year will not happen to them.

If the Lorenzo Mauldin IVs, the Shawn Lemons and the Jake Ceresnas of the world want to hit whoever that quarterback is in 2023, they’ll have to try to break a barrier provided by the hands, feet and girth of the league’s finest offensive linemen.

No team can afford all of these guys, but a selection of any of Stanley Bryant and Jermarcus Hardrick out of Winnipeg (if they can be pried from a system they thrive in), Sukh Chungh, Joel Figueroa, Peter Godber or David Knevel out of BC, Toronto’s Philip Blake or investing in a still-healing Derek Dennis or his Stamps’ teammate Zack Williams would help drive that league-worst total down in 2023.