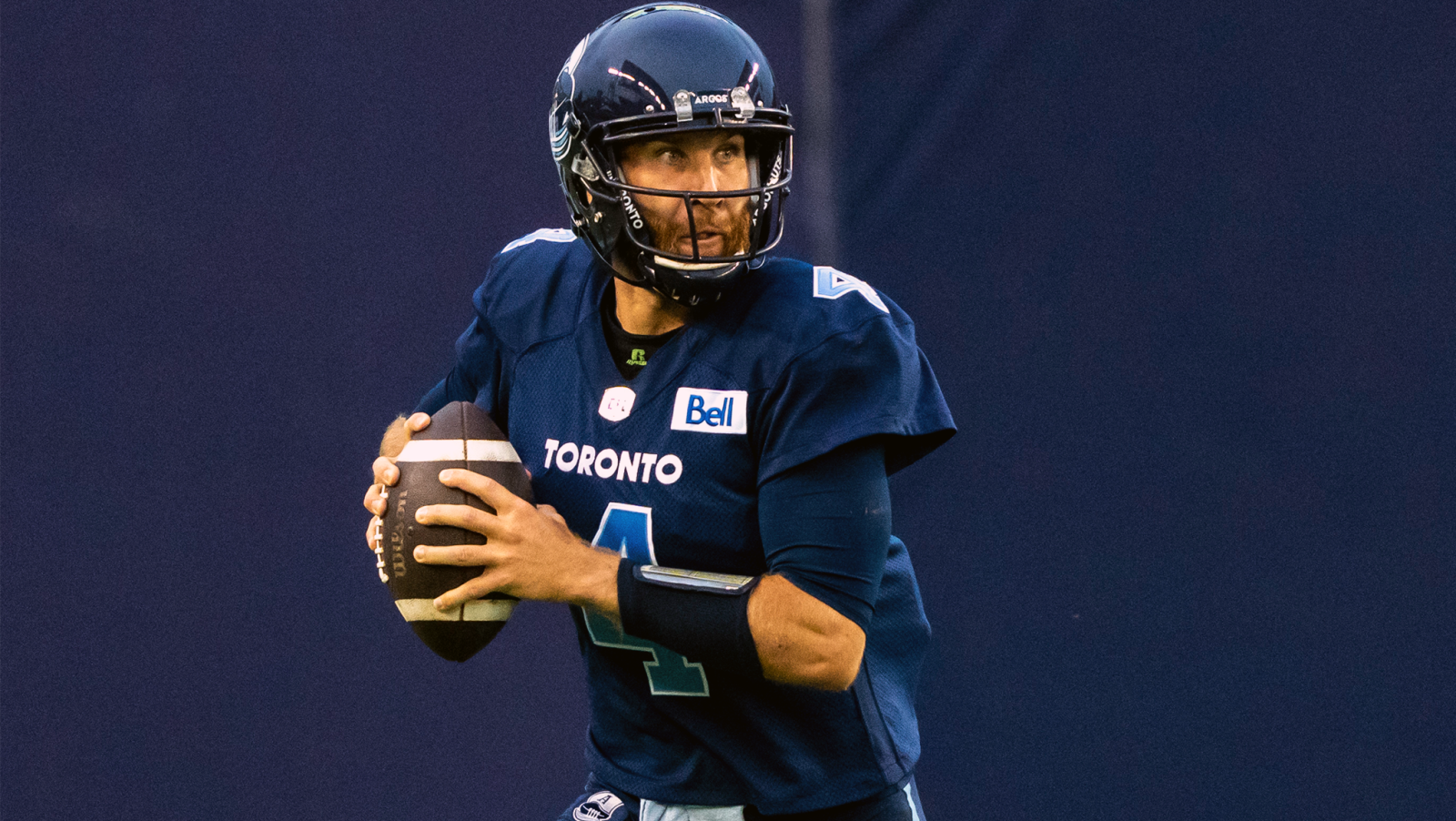 ’Tis the season for Will Ferrell-Ryan Reynolds Christmas movie viewing, avoiding that final emergency trip to the mall before Christmas at all costs and big CFL decisions.

Some have already been made, starting in Ottawa with general manager Shawn Burke deciding to drop the interim tag from Bob Dyce’s head coaching title. Making the veteran CFL coach the third head coach in Ottawa REDBLACKS franchise history.

With Jeremiah Masoli under contract and returning from a season-ending injury suffered in 2022, the REDBLACKS are one of the few teams across the CFL including Calgary, Winnipeg and Edmonton who appear to have made up their mind on an opening day starter for June 2023.

The rest of the league varies from a complete mystery to a puzzle we can read into, only to be surprised at some point this off-season when they turn over their cards as the Hamilton Tiger-Cats did in November by acquiring the rights to Bo Levi Mitchell.

No player changes the fortune of a franchise more than the starting quarterback. It’s part of the reason why I love studying the position. The amount of influence one player has on the outcome of every play with their decision-making and play-making is unlike any other in sport.

Which leads us to the 2023 free agency class of quarterbacks that could be up for grabs if they don’t sign an extension with their team before the chaos starts in February.

As with every year in the CFL’s quarterback carousel, there are varying levels of talent available. However, with the sheer number of CFL free agents pending each off-season there is always a golden goose or two to be had, depending on your belief in their talent and fit within a potential new offence.

Let’s take a look at the available quarterbacks, from the depth options to the franchise altering game-changers. 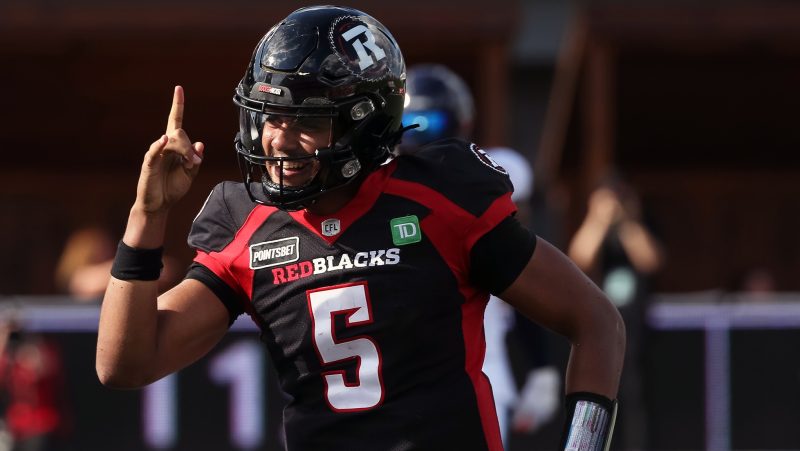 Dominique Davis was nearly unstoppable in short-yardage this season and played as good a game in Week 21 against the Toronto Argonauts that you could have imagined for a season-long backup with limited reps. The hesitation with Davis here is his history of showing flashes in Winnipeg and Ottawa, similar to the standout season finale performance at BMO Field, only to come crashing back to earth.

Caleb Evans is an intriguing prospect. A player who I believe still has much upside, but has been gifted – through injury – ample opportunity to show he belongs as a potential member of ‘the next’ class of CFL passers. Unfortunately the losses piled up in Ottawa and Evans was relegated from starter to backup short-yardage ace this season as he battled with Montreal’s Davis for quarterback rushing touchdown records.

In Vancouver, BC Lions quarterback Antonio Pipkin shows incredible burst every time he hits the field, while Michael O’Connor was thrown into the spotlight following Nathan Rourke’s injury this season only to suffer his own ailment and would not return to the field for any meaningful snaps the rest of the year. Both remain depth pickups capable of servicing an offence, but there are more questions than answers. 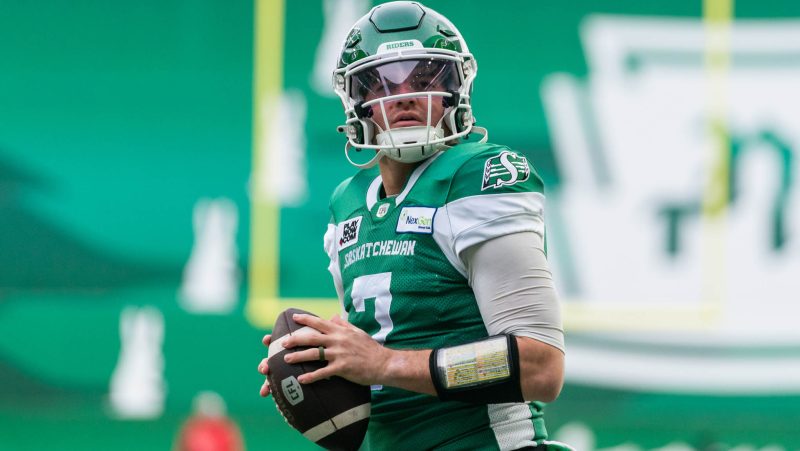 Cody Fajardo could be in the starter category, but I’m just not sure what his future path in the CFL is. With two years of inconsistent passing and an injury-hampered 2022, it called into question for me what type of offence he can run at a high-level if the ground game is not a primary threat regardless of down and distance.

I expect Nick Arbuckle to be back in Ottawa as Masoli’s backup next season, but nobody knows the cruel nature of pro football more than Arbuckle. The REDBLACKS pivot bounced around the league for three years before finally landing in Ottawa and getting some starts in 2022.

Matthew Shiltz went from planned backup, to package player, to playoff emergency reliever for Hamilton in 2022. Could he fill the same role regardless of who the starter is in 2023 for the Ticats or will someone else value his services more highly and make him a potential dark horse starter?

Dakota Prukop is the new James Franklin. Everyone who watches his game explains the upside, promise and potential. He has command of any offence he is huddled with and appears relaxed under most circumstances, but still makes some confusing judgement errors from time to time. Many of which can be covered up with his unique speed and agility, but not always and I’m not sure if a team will view him as a priority or a small piece to the larger puzzle anytime soon. 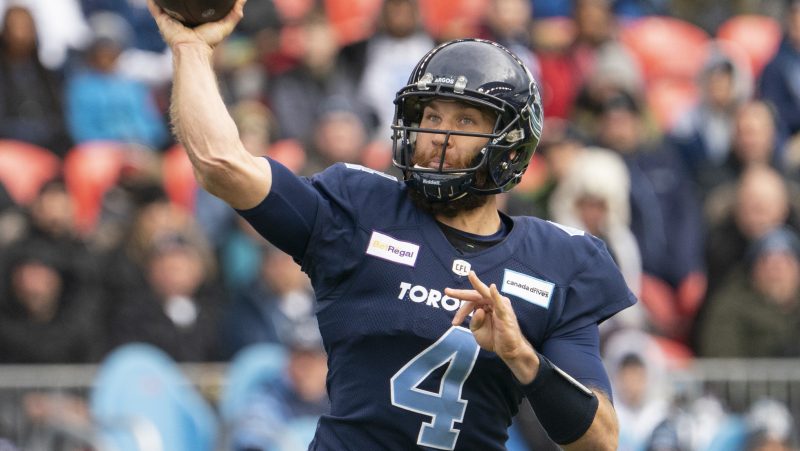 Give the man his due. McLeod Bethel-Thompson once again led the league in passing, battled to stay on the field all season, fought through the playoffs and most of the Grey Cup like the grizzled vet he is. All while having rumours of the Argos adoration for backup Chad Kelly swirling. If he’s back in a CFL uniform for 2023 I expect it to be Double Blue, but if the Argos somehow decide to move on or another team wants an instant offensive infusion, Bethel-Thompson could be a hot commodity.

Trevor Harris plays a very specific style of football, until he doesn’t. In the Eastern Final he had to open it up and did he ever. I was extremely impressed by his downfield accuracy and confidence working in an Alouettes offence that rarely required more than snappy decision making down the stretch. Harris’ style isn’t going to change anytime soon, but after his non-committal exit interviews I wonder if he lands with a team in search of stability and reliability at the games most important position.

The biggest splash of the winter was Hamilton acquiring the rights to Mitchell. What does it mean for Dane Evans‘ future and the inevitable game of musical chairs game that would begin if Mitchell signs with the Ticats? All that will get sorted out, but the real question that determines so many fates this off-season is simply, what does Mitchell want from the team he closes out his CFL career with?

That answer will affect multiple signings and salary cap allocations over the next three months.